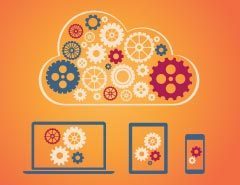 For years now, Microsoft has offered virtual desktop access (VDA) through Software Assurance. Soon, this feature will no longer be available.

If you’re like me, sometimes it feels as if life revolves around Microsoft licensing. I love digging into the details—and one thing that I was slightly surprised to see in Microsoft’s product terms was that roaming rights were retired for Windows Enterprise and Windows VDA. You may ask, “What does this mean?” Well, it means that you may have to change the way that you license your environment.

Fortunately, the end date for these two Software Assurance benefits depends on your enrollment type—and when your current agreement ends. Software Assurance that is currently owned today will still have roaming rights until that Software Assurance expires (or January 2017). The product terms are clear and state, “Roaming Rights for Windows Enterprise and Windows VDA is being discontinued as of either January 31, 2017 or the end of a customer’s existing Enrollment or Agreement term, whichever is later.”

So what now? You’re not being forced into the cloud, so no worries there. There is actually something called the “VDA Subscription” available in Open Value, MPSA, and Enterprise Agreements. Depending on the program, you can either purchase this by device or by the user. With the VDA subscription, you get access to Windows Thin PC and the same operating systems currently available through the operating system with Software Assurance.

You’ll still have the same Windows you know and love—the only thing that’s changing is the way that it is licensed.