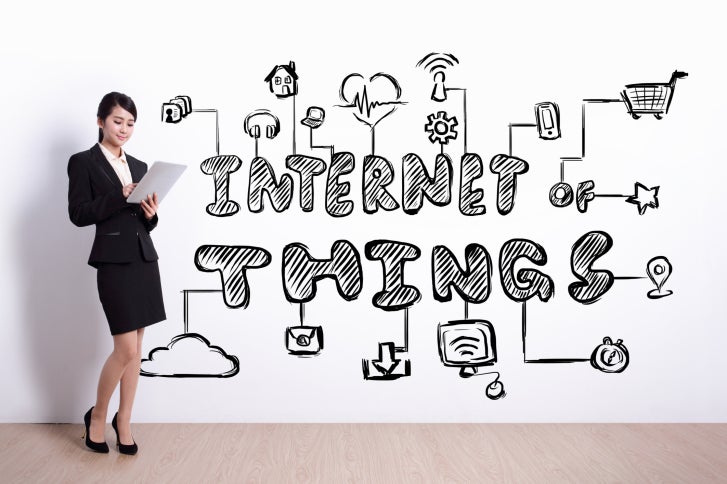 Old jokes repeat themselves in Silicon Valley. It has been said of collaboration software, big data and now the Internet of Things (IoT). They are all like teenage sex: everyone is talking about it but almost nobody is doing it, and those who are, they are not doing it well.

IoT is both a very real and important concept, and an utter fad. Conceptually it is enticing to think you can be part of a new industry with more endpoints than there are humans on the planet. But as with any new technology, finding what it is really good for is much tougher than the concept itself.

The same conundrum applies to big data. Estimates vary, but some pundits think that at least 80 percent of the raw data currently hoarded is not used for anything. The remaining 20 percent likely has primarily pedestrian uses, with some small fraction being properly leveraged to optimize operations or maximize revenues. There is little use in saving petabytes of raw data unless you have an intelligent data scientist who can divine meaningful information from it.

So, where should IoT entrepreneurs be looking? Not where they are looking today.

IoT applications should drive high “value returns.” The key word is value. My friend Guy Smith at Silicon Strategies Marketing defines value as the “intersection of need and differentiation.” So the value IoT entrepreneurs must locate begins with need, not money. Satisfy a need and money will follow.

Society, the environment, even police work are places where IoT could change the course of lives. This is where sustainable value comes from; making money alone is not a sustainable business model. Some obvious (and some perhaps not so obvious) areas to explore include:

Sadly, a lot of the industry is heading elsewhere. Marketing people think beacons in department stores to provoke sales are sustainable – not when online shopping continues to replace the in-store experience. Others see side-car applications for cellphones, but there are early indications that even the utility of smartphones is causing cultural annoyances. There can realistically only be one Nest and a couple of close followers.

The question then isn’t whether the application can sell a few million units today, but rather, will it deliver material value to the masses? Sure, a million units of something is nice, but if the faddism chokes at a million units, then the profits end abruptly. If, on the other hand, an IoT solution serves (directly or indirectly) billions of people and delivers non-transient value, then the revenues are large and continuing.

Semiconductors are a critical part of any IoT deployment. This means much of the semiconductor industry is panting over the potential of IoT. But they cannot lead much because the outcome of any product is what is important. People in other industries will conceptualize the need, and only then will semiconductor companies see how they can supply the components.

I’m watching for a semiconductor company to bridge those gaps, studying the volume/value metrics and isolating early candidates. It isn’t easy to formulate cross-industry analysis and leadership, when you do not yet know the issues and products. The first foray will likely be the easiest to identify –  namely industrial uses for a diversified and profitable market.

IoT will change the world, but not in ways consumers see on a personal level. It will be a background process – an invisible elevation of the complex machinery of interconnected commerce. IoT entrepreneurs need to look past consumers to see where the big opportunities lie.

Raymond D. "Ray" Zinn is an inventor, an entrepreneur and the longest-serving CEO of a publicly traded company in Silicon Valley. He is known best for conceptualizing -- and in effect inventing -- the wafer stepper and for co-founding semiconductor company Micrel (acquired by Microchip in 2015), which provides essential components for smartphones, consumer electronics and enterprise networks. He served as CEO, chairman of the board and president of Micrel from the time of its inception in 1978 until its acquisition in 2015.

Zinn is now focused on sharing his experiences and leadership through his podcast, Tough Things First, his book of the same name and his contributions to entrepreneurial thought leadership.

The opinions expressed in this blog are those of Ray Zinn and do not necessarily represent those of IDG Communications Inc. or its parent, subsidiary or affiliated companies.