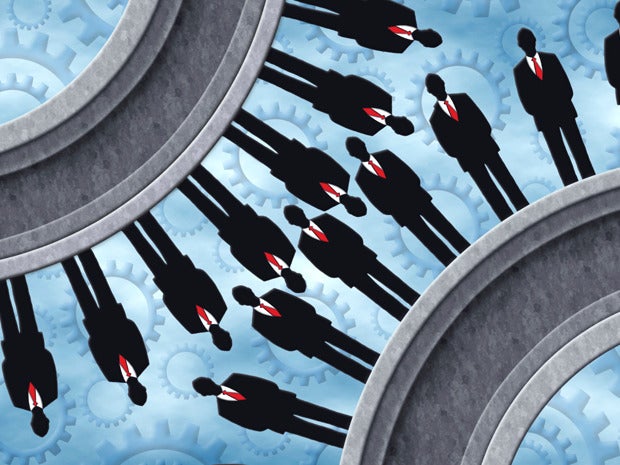 Over the past year, questions about how emerging technologies will impact employment have taken on a new tenor. Will robots take over our jobs? One thing is indisputable: automation and artificial intelligence (AI) will displace workers in the IT and business process outsourcing services industry.

But this is not a new trend.

+ Also on Network World: The 6 hottest new jobs in IT +

Such tectonic shifts have occurred every few decades over the last two centuries. With each wave of new technology and each accompanying paradigm shift, jobs have disappeared. During the Industrial Revolution, people feared the loss of farm jobs. When industrial jobs went away, people flocked to the service sector. Then computers, telecom networks, ATMs and the internet made their way into the world, and people feared massive job loss in this sector. Manufacturing work moved to low-cost countries, such as China and Taiwan, and service-sector jobs soon moved to India and the Philippines.

Have each of these trends led to job losses? The answer is a resounding yes. But each trend equally resulted in the creation of new jobs. Time and again, the adoption of technological advancements have left economies more prosperous, with higher levels of productivity and improved standards of living. Since its inception, the global Gross Domestic Product has been on the rise.

But this version of the story begs another question. Have these trends benefited all economies and individuals the same? No. The benefits have been disproportionately realized by countries economically savvy enough to adjust their policies to the changing times. No one can argue that this happened without varying impact on individuals and families.

Now, the big question: Will anything be different this time with the onset of automation and cognitive computing?

A trend we’ve seen before

I think this is a case of history repeating itself. While many lower-skilled jobs will disappear, scores of new jobs will be created to maintain machines, update software and write new technology. As people become more prosperous, they will spend more dollars on personal services, entertainment and treating lifestyle diseases and stress disorders.

Until a few years ago, who would have imagined the world would need data scientists by the truckload? Who could have predicted that India would become the third-largest startup economy in the world with more than 5,000 startups? Who would have guessed that we would need thousands of delivery professionals fulfilling online business-to-consumer orders?

Of course, people employed in positions most at risk from technological disruption should be forewarned by the lessons of history. The advance of technology is like a tsunami that’s unstoppable. Smart countries, companies and individuals will plan ahead to deal with the effect of flooding rather than wasting time averting the trend.

They may need to consider doing something completely different, moving up the food chain or starting a new venture. The world is not coming to an end. It is simply going through another steep rise on the productivity curve.

Dinesh Goel is a partner responsible for the India business of Information Services Group (ISG). He has his finger on the pulse of the Indian and global outsourcing industries and provides expert insight on outsourcing and related issues.

An accomplished management consulting and sourcing professional, Dinesh advises ISG’s clients on various aspects of their global service delivery strategies across IT outsourcing and business process outsourcing (BPO) services. His extensive experience includes working directly with a leading BPO service provider coupled with a strong management consulting background of more than 10 years, where his role involved advising clients on business strategies, IT implementations and operational re-engineering for efficiency improvements.

Dinesh is a trusted voice on outsourcing for The Economic Times, The Wall Street Journal, The Times of India and Forbes India. He provides insight on the industry as a whole, global outsourcing contracts and India-based providers.

The opinions expressed in this blog are those of Dinesh Goel and do not necessarily represent those of IDG Communications Inc. or its parent, subsidiary or affiliated companies.