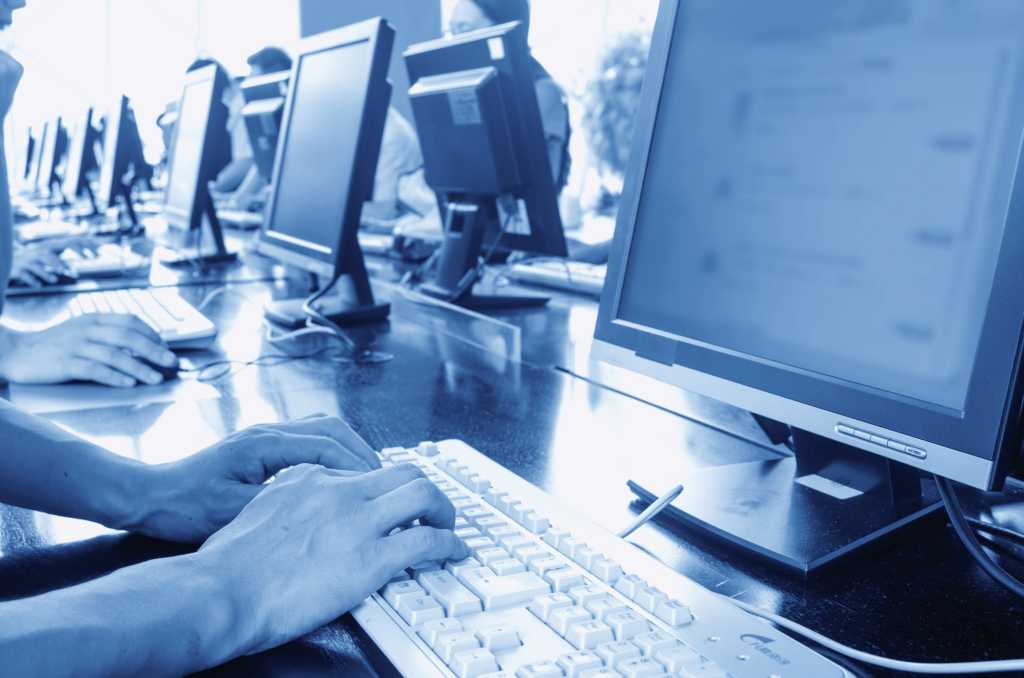 On the occasion of the release of a new report quantifying the economic benefit of the U.S. software industry, senior officials from the White House and the Department of Education described their efforts to expand computer science instruction for K-12 students, and even to introduce basic programming concepts at the preschool level.

During a panel discussion at the New America Foundation, Melissa Moritz, deputy director of STEM — science, technology, engineering and math — at the Education Department, noted the ethnic and gender imbalances in computer science education. Still a rarity at schools across the country, computer science classes are disproportionately unavailable to low-income students, according to Moritz, who argued that biases — conscious or unconscious — deter many minority and female students from pursuing the field that is accounting for more wage growth in the U.S. economy than any other sector.

“One of the big places where the Department of Education has chosen to focus in terms of STEM — which we include computer science in STEM — has been around equity, and really wanting to treat computer science access as an equity issue, because it is,” Moritz said.

“Most of the kids who do not get to participate in computer science are kids of color, kids in low-income communities and girls. And there’s a number of reasons for that. First, it’s not offered in their school. Second, we also have to look at who is either encouraged to take it, either explicitly or implicitly,” she said.

Computer science for all initiative

Moritz noted the administration’s Computer Science for All initiative that aims to universalize computer science education, as well as the president’s latest budget proposal, requesting two tracks of funding that would support state and district efforts to expand programming courses in schools.

Those efforts to expand computer science education, along with the work of nonprofit groups like Code.org and many firms in the private sector, find an economic justification in new research from the Economist Intelligence Unit, sponsored by the trade group BSA, which pegged the software industry’s contribution to U.S. gross domestic product in 2014 at $1.07 trillion.

That study concluded that software accounts for some 9.8 million jobs — both in direct employment within software firms and jobs in other fields that are supported by software.

BSA’s research cited salary data from the Labor Department, which reported that software developers, on average, earned $108,760 in 2014, compared to the average annual wage for all other jobs of $48,320.

“This can be an incredible opportunity to be able to close very persistent equity gaps that we see in this country because of the high wages that are available,” Mortiz said. “You think about the opportunity that going into computer science or a computing-related field provides for a student who is coming from a low-income background in terms of their employment and the amount of money that they can make over the course of their life — that is huge, but we have to treat it as an equity issue.”

[ Related: Who needs a computer science degree these days? ]

Historically, the United States has enjoyed a competitive advantage in the software field when measured against foreign rivals, some speakers noted. But that’s no argument for complacency.

Ryan Burke, a senior policy advisor on the White House National Economic Council, recalled a recent visit to Delaware, where she met with local tech employers who reported that they were having a hard time hiring graduates from a local community college, because the instructors there were teaching a programming language that was three years behind what businesses were using in the field.

Burke singled out efforts by Coursera and LinkedIn to better align the type of instruction that colleges and other educational programs are offering with what employers are looking for, stressing that the accelerating pace of change in technology is going to require schools to move more quickly to keep their programs up to date.

“We know that these technology changes are going to lead to job shifting not every decade or century, but every year and month, which means that our education and training programs need to be able to adapt as fast as those jobs needs are changing,” Burke said. “We know it’s just not happening fast enough.”