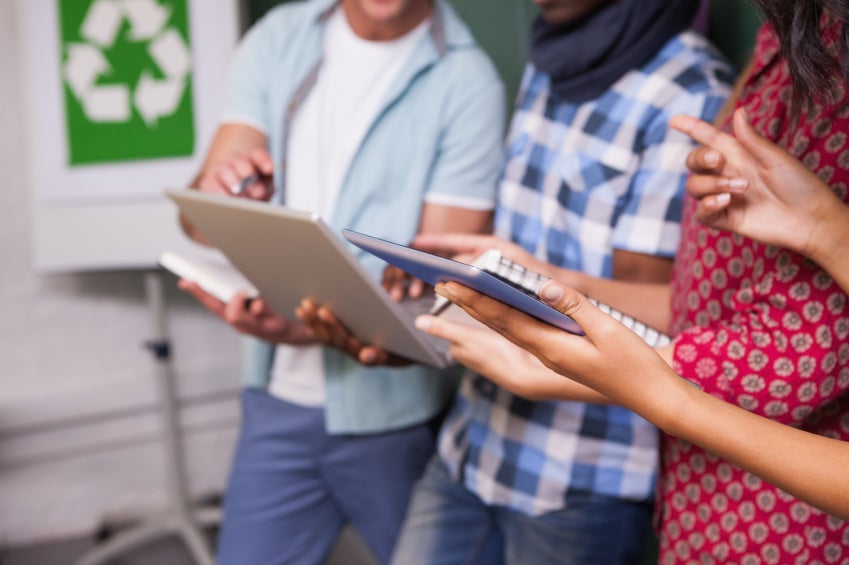 When we talk about online marketing, we’re usually concerned with reaching new markets, bulking up our conversion rates and looking out for our bottom line.

However, what if our online presence could also help build a healthier and more unique company culture?

It’s no secret that perception of your culture can be influenced by its portrayal on social media. But what’s the key to harnessing social media for the creation of a better culture?

So, keeping genuine employee engagement in mind, here are two tips for harnessing the power of social media for your company, along with some real-world examples of companies that have seen this work for them.

Consider spotlighting your most gifted employees alongside new job postings. In other words, being both clear and enthusiastic in a public setting about what kind of team you’re putting together can really help you establish a memorable presence in public discussion forums.

This may naturally happen on its own over time: your employees will inevitably speak on social channels about what life is like under your roof (more on that in the next section), which in turn creates a strong public perception about what kind of company you are, what values you stand for and which types of people you’re looking to hire.

If this sounds like the small amount of initial effort it takes to start a snowball rolling down a hill, you’re not far off! Inertia is a powerful thing — but it requires a strong first push.

Give employees genuinely good reasons to talk about you

Fifty percent of employees are already posting videos, photos and messages about what life is like at their company without any direct encouragement from company leadership.

What does that tell you?

First and foremost, it says that modern employees are extremely eager to talk about their professional lives — for better or for worse. In this way, we can see how building a healthy company culture needs to become an immediate priority. If employees are already airing the dirty laundry along with the clean linens, leadership has a vested interest in making sure there’s more good to report on than bad.

Is this a reactionary practice, then? Yes — at least in some cases. It doesn’t have to be as contrived as it sounds, though. You don’t have to “buy” your employees’ affection. It starts with simpler expressions of trust and solidarity — such as flexible scheduling and progressive family leave policies.

When you’ve given your team members enough reason to feel fulfilled and valued at work, their social shares about your company’s culture reflect genuine gratitude and happiness. These are the seedlings that create a great company culture, because genuine appreciation is something that can not only be shared via social media, but that can positively impact your in-office atmosphere, as well.

A look at some real-world case studies

This has all been fairly abstract up to this point. However, what does this strategy look like as it plays out in the “real world”?

Just ask employees at L’Oréal, the legendary personal hygiene company. The hashtag #LifeAtLoreal began as an internal tool for corporate leadership to keep track of the goings-on in their scattered satellite offices, but over time it became something more. It became a way for L’Oréal to show the outside world what life is like for their employees on a daily basis.

The campaign eventually grew legs of its own, with the company branching out into rewards and giveaways for employees who participate regularly.

The result was a company that inspires customers and prospective hires alike by turning down the “corporateness” and replacing it with real, off-the-cuff interactions. It’s all too easy to write off company culture as stuffy or profit-obsessed, and that makes L’Oréal’s approach to online marketing, PR and culture a real breath of fresh air.

Want another example? Check out this impression of Apple, Inc.’s tendency to “market to their own employees.” Like L’Oréal, Apple is committed to giving their workers bragging rights — that is, helping them feel valued, engaged and empowered, to the point where they can’t wait to tell the world how happy they are to be employed there. Put even more simply, these employees want to work at their respective companies — and it shows.

What does this look like from the outside? It’s simple. If consumers feel assured that a company is committed to their employees’ well-being, they’re more likely to believe that company possesses a similar attitude toward their customers, as well.

In a tossup between two competing companies with similar products, what American consumer wouldn’t side with the company with a more gregarious online presence, or with the most enthusiastic and vocal employees? This just might be the edge you’ve been looking for in a crowded marketplace.

Just remember not to force it. A stilted or contrived online PR campaign will just come across as desperate, and impressing your employees into service in your sales team might turn some people off.

But if you genuinely want to make your employees’ careers and lives fulfilling, you’ll find there’s little standing in the way of your employees sharing those efforts with everyone on their social networks. Not only can this help keep your culture unified, but it can keep your company growing by attracting like-minded applicants, as well.

William Craig is the founder and president of WebpageFX, an internet marketing company that's listed as one of Inc. magazine’s 5,000 fastest-growing companies and is ranked as the best place to work in Pennsylvania, among small and midsize organizations, by the Central Penn Business Journal and the Pennsylvania Department of Community and Business Development.

The opinions expressed in this blog are those of William Craig and do not necessarily represent those of IDG Communications Inc. or its parent, subsidiary or affiliated companies.