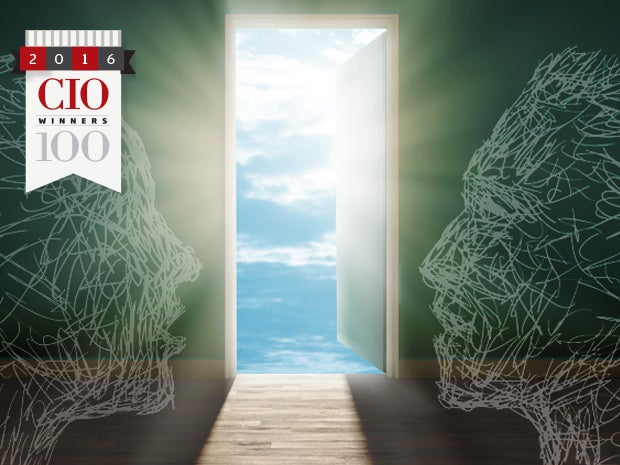 Just as technology is touching every aspect of business, CIOs are showing an aptitude for handling other C-suite roles. That’s certainly true of our CIO 100 honorees, many of whom are much more than “just” CIOs: In addition to being strong technical leaders, they also exhibit deep business acumen and understand the importance of focusing on the customer.

“I always believed if I earned the seat I had every day by knowing what the company needs and getting results, doors would be open to me,” says Perry Cozzone, who became president of North American operations at Colorcon in 2013, after serving as CIO for many years. In a previous consulting role, Cozzone had profit-and-loss responsibility, and that experience proved invaluable to his transition.

“You can’t just talk tech,” he says. “Leaders get results through influence — not just hierarchical, but across the entire network — so you need to relate to all functions in their terms.”

Jennifer Frost, a former CIO who changed companies to become senior vice president and director of operations and administration at Customers Bank, concurs. “I had moved between IT and operations throughout my career and became ‘bilingual,'” she recalls. But moving from one sphere to another requires more than exchanging tech lingo for business lingo. “You have to contribute business intelligence and business innovation to the strategy discussions — not tech innovation but industry best practices — in order to demonstrate a deeper grasp of the strategic needs and direction of the business,” she explains.

Versatility across business and technology lines and an ability to get results fueled Sue Haindl’s career moves. Now chief administrative officer at Aqua America, Haindl has been a CIO three times and has also held numerous business leadership roles. “I’m not an IT purist,” she says, “I’m a businessperson who knows IT.” Early in her career, Haindl was working as a customer service executive at Sara Lee when the company’s chairman asked her to take the CIO role. Upon moving into IT, she says, “I redirected my team and got the results we needed after nine months.” She then asked to get her customer service duties back. “It was my first dual role, and it was great because I had line of sight to both internal and external customers,” she says.

Changing roles may involve risk, but versatile IT leaders say they don’t let risk stop them. “Yes, you give risk a thought, but it’s risk versus resilience,” Haindl says. “Focus on people and you’ll be successful.”

Cozzone agrees. “Good leaders surround themselves with strong team members — not yes people, but people who will challenge them,” he says. “A leader needs to know how to listen, guide and then decide.”

Whether you’re looking to become a CIO-plus, a CAO, a COO, a CDO, a CMO or a CEO, make sure your company’s culture isn’t an obstacle. If your company doesn’t promote from within or cross-functionally develop its leaders, you may face an uphill battle.

Cozzone and Haindl both faced challenges and crafted solutions that led to opportunities to move into other C-suite roles. For her part, Frost went after what she wanted by changing companies. “I think it’s innate in some leaders to reach for a different job, to have the inner fortitude and attitude knowing you can do it,” she says.

If you want to expand your horizons, make sure you’re visible inside and outside your organization. And take deliberate steps toward moving beyond IT. And beware of the competition: Your company’s marketing, finance and operations leaders may be trying to incorporate IT functions into their job descriptions.