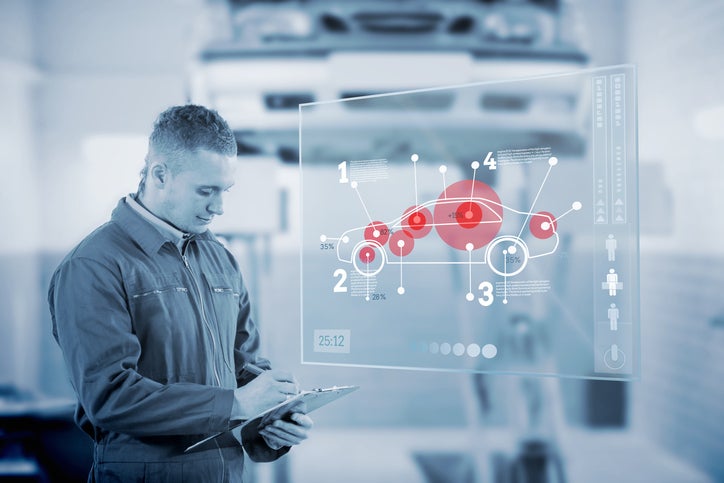 Service King’s store locations have grown to more than 300 todayfrom 100 in 2012, necessitating rapid adoption of new network connectivity, says CIO Derek Kramer. Service King had relied on MPLS for several years but this no longer proving efficient as the chain expanded. “MPLS [Multiprotocol Label Switching] has done well, but can it grow as quickly as we’re growing?” Kramer says. “We found more times than not that was a challenge.”

[ Related: SDNs come to the branch office, with risks ]

Out with MPLS, in with SD-WAN

Setting up new branches on the MPLS network, whose bandwidth capacity was restricted, took several weeks or more, Kramer says. That wouldn’t do for Service King, which in recent years was sometimes setting up 20 or 30 new centers over the course of one week he says. While MPLS proved reliable in some instances, Service King sometimes found itself without network connectivity as it opened new repair centers. “We wouldn’t have the available network services in place the day of the grand opening and we wanted to decouple that risk from the process,” Kramer says.

On the recommendation of strategic partner Dell, Kramer looked at Silver Peak, an SD-WAN provider that cut its teeth selling WAN optimization products and services. Service King conducted proof-of-concept tests with Silver Peak’s appliances in late 2015 and went into production by March 2016. “We saw a great uplift in our network bandwidth throughput and we saw a much more relaxed network at all of the locations that we tried it out with,” Kramer says. Today more than 75 percent of Service King branch offices are using the SD-WAN.

Kramer estimates that SD-WAN has cut his networking costs by 30 percent and helped get new branches up and running in days, rather than weeks or months. Moreover, he says Silver Peaks’ endpoint-to-endpoint encryption was also a vital reason for the switch, as Service King must protect customer data its insurance carrier partners share regarding motor vehicle claims. Ensuring the security of customer data is paramount as Service King’s attack surface increases with each new branch, Kramer says.

Kramer says his staff configures Silver Peak appliances at the Service King headquarters and ships them to each location where they are racked, connected and turned on either by general managers or IT staff.

Now Kramer is mulling whether to use MPLS as a back-up service, and rely on AT&T’s U-Verse as its broadband service. “Can [Silver Peak] stand on its own through DSL services or are we better served having MPLS as a secondary service?”

Why SD-WAN is the choice for SaaS

MPLS is a proven service. It’s just not the right service for today’s evolving business architecture. Since replacing frame relay systems as a networking standard 10 years ago, MPLS has built a solid reputation for connecting networks from branch to branch, particularly as more businesses adopted VOIP communications.

MPLS was “perfect for the client-server model,” in which organizations hosted applications in their own data centers, says Brad Casemore, an IDC analyst who covers networking technology. However, that MPLS architecture is not suited for cloud applications, introducing latency as companies access software over the internet from a number of vendors, Casemore says. But as a native broadband technology delivered over the Internet, SD-WAN is primed for cloud apps.

A few hundred Silver Peak customers are using SD-WAN services to migrate to SaaS applications such as Salesforce.com and Office 365, says CEO David Hughes. “As cloud has become more important, people need to rethink how they build their networks,” Hughes says.

Today, Silver Peak competes with startups such as CloudGenix, VeloCloud and Viptela. However, traditional MPLS providers, such as AT&T, Verizon Business and Sprint are watching SD-WAN closely. Verizon earlier this year began selling a hosted SD-WAN service powered by Viptela.

By the end of 2017, at least five global carriers will have incorporated SD-WAN as a key component of their managed network service designs, according to Gartner. The researcher also says that 10 percent of enterprises will have replaced their WAN routing with SD-WANs by the end of 2018.