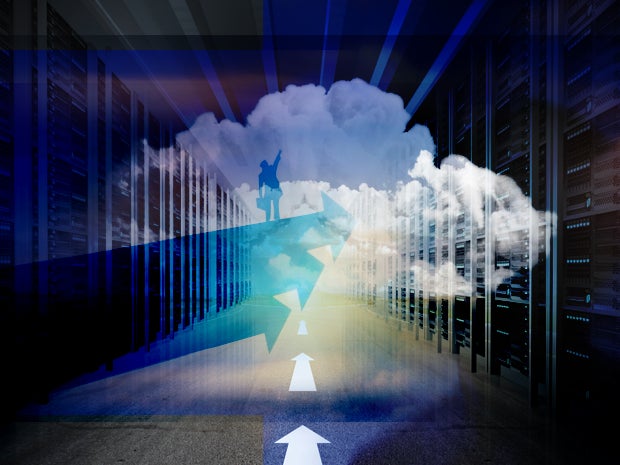 You would be forgiven for assuming that a native cloud company — a company whose raison d’etre is selling cloud applications and platforms — wouldn’t have a lick of on-premises software. But the reality is that for companies founded as recently as 10 to 15 years ago, SaaS analogs for every core computing operation did not exist. For that reason, migrating to SaaS solutions is still very much the mission for Box CIO Paul Chapman.

Over the last several months, the cloud storage provider has been replacing a hodgepodge of PBX phone system, audio phone conferencing and web conferencing apps with a cloud-based alternative from RingCentral, says Chapman, who joined Box from H-P Software one year ago.

[ Related: Box CIO says IT needs to loosen its grip ]

Implementing RingCentral cloud services will help Chapman shave $800,000 to $900,000 off of his operational costs, while also eliminating several disparate solutions and thus driving efficiencies for a company that has staked itself to a “cloud first” strategy, Chapman says. “For a company of our size, [the cost savings is] meaningful,” he adds.

CIOs don’t need to work for a fast-growing Wall Street darling to crave lower costs and efficiency. IT leaders are constantly seeking more efficient, lower-cost alternatives to their communications systems, particularly costly and cumbersome phone systems but few have made the jump to the cloud, fearing that alternatives won’t be as reliable as their PBX systems. Gartner says the market for cloud-based telephony and messaging services will total $9.4 billion in 2016, while cloud-based conferencing will amount to about $2.6 billion. But by 2020, cloud telephony will grow 16.4 percent, offsetting declines in on-premises-based telephony systems.

Such interoperability between services and platforms will allow Box to continually update its technology to ensure that the company’s IT profile remains current. “We need the flexibility and agility in our architecture so that as we grow and scale we can switch things out, add things so that we can leverage the innovation that is occurring in our ecosystem,” Chapman says.

RingCentral is enabling the software maker to move away from such voice and conferencing apps as Shoretel Sky, Intercall, Uber Conference, Skype, Citrix, WebEx and Lync, among others — with a caveat. Recognizing that Box can’t force third parties to use RingCentral, employees who work with partners, suppliers and other external constituents will be able to continue using whatever web conferencing tools they have customarily used to connect with their clients. “Where we can control it we will use RingCentral, and where we can’t we will use whatever platform that creates the most efficiency as we work with our customers, partners and suppliers,” Chapman says.

Employees piloted RingCentral at Box’ Redwood City headquarters earlier this year without even knowing Chapman had switched systems. They logged thousands of minutes with zero issues before Box formally rolled out RingCentral in its Austin, Texas, New York City, San Francisco, Redwood City, Calif. offices. Box will finish deploying the software in its London office by the end of the month. “The change management aspects were minimal,” he says.

The big Box IT strategy

Box, which both partners and competes with Microsoft and Google in the cloud storage market, has a stated goal to become a $1 billion business and IT will play a large role in this. Chapman says IT is enabling this by investing in the SaaS platforms that can help automate and orchestrate business processes. Chapman is also mindful to not sacrifice workforce productivity by overspending on crucial aspects such as risk, compliance, keeping the lights on and growing revenue. He says other organizations he’s worked for have underinvested in productivity as they focused on these other areas.

Another key to Box’ growth is cultivating its wealth of data. Chapman says he is building a new data management architecture to support real-time analytics and insights, a key ingredient for identifying new customer leads and improving operational efficiencies. The company ports data from its Salesforce.com, Marketo, NetSuite and Zendesk into Amazon’s Redshift data warehouse app, with managers using Tableau to visualize the results.

Chapman’s department is also responsible for ensuringthe company’s teams, including sales, HR, finance, legal and procurement, use Box’ storage and collaboration products to improve their productivity and business process workflows. They then advise product development teams on what it should add, drop or change before the software goes to market. “We should be our best referenceable customer that showcases Box on Box and how it integrates at the center for content,” Chapman says.