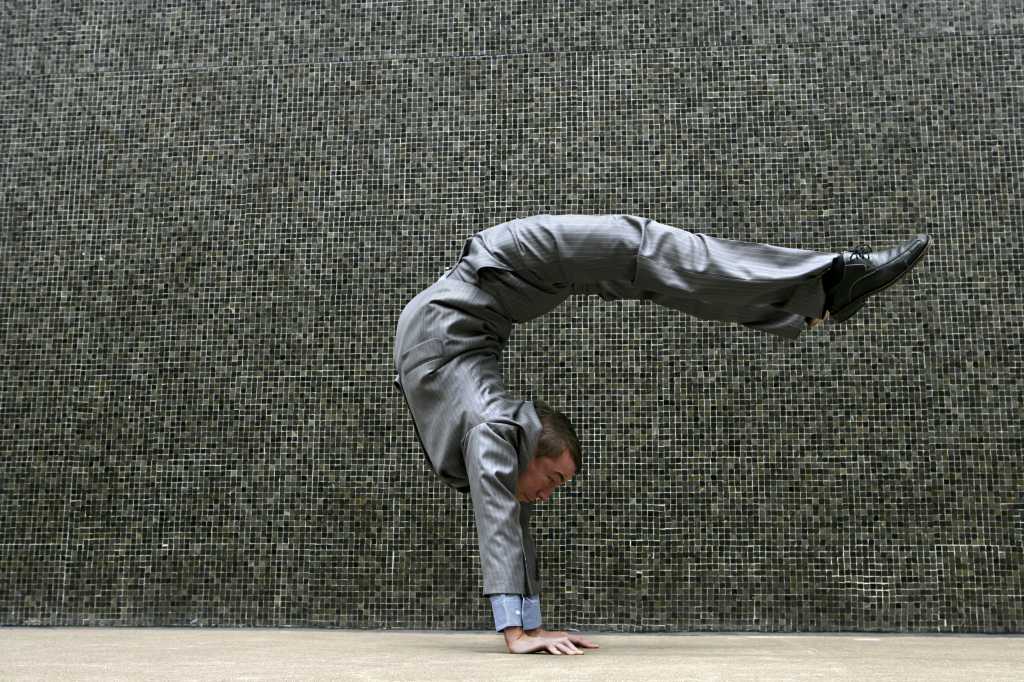 Autonomy is changing the landscape of work and it’s upending the concept of a traditional 9-5 office job. With technology enabling us to work from anywhere — more employees are itching for the flexibility and freedom that come along with mobility.

A study from PricewaterhouseCooper looked at two focus groups in New York City — one with workers only and the other with executives who have direct influence and decision-making abilities within the company. The study found that for baby boomer employees — 60 percent said their employer allowed them the flexibility to work from home multiple days a week. However, 58 percent of workers under the age of 35 said they were allowed to work from only home occasionally, or not at all. Perhaps as a result, 41 percent of boomers rated their work-life balance as “extremely good,” while only 30 percent of those under 35 could say the same.

In fact, the study found that employees who said they had the ability to work from home were 48 percent more likely to rate their job-satisfaction and happiness as a “10,” with 10 being the highest option. If your business has a restrictive time off and work from home policy, you might be hurting your company, according to their data.

“Greater independence leads to higher employee satisfaction and engagement. This has a strong correlation to productivity and turnover and goes to the heart of the ‘talent’ challenge facing many organizations,” says Justin Sturrock, people and organization leader at PricewaterhouseCoopers LLP.

Where just 10 or 15 years ago, employees may have valued compensation and stability, often remaining with the same company for their entire career, that has changed. The new shift is one towards flexibility, company culture and strong values, and PWC’s data supports this idea. Of the executive focus group, 67 percent of Global CEOs said they expect to see a shift in the next five years, with employees shifting their focus from stability and compensation to corporate culture and values.

With changing expectations, businesses that continue to stick to the status quo might find themselves unsuccessful. Louise Harder, PhD fellow at IT University Copenhagen, gives the example of when businesses push out large-scale IT systems across an entire company as a way to encourage a specific behavior across the company — be it a new enterprise app, process or hardware. “Turning resistance into engagement is a very long and time-consuming process. Low adoption rates, resistance and minimal use have for decades been a drag on the real value-add from the IT department,” she says.

The same goes for initiatives at work that affect employee’s independence — you’ll likely face more resistance than engagement. Harder says businesses need to trust their employees and give them the independence and freedom to make decisions, however they need to do it. Whether that’s working from home, working from a break room instead of their desk or clocking in a few hours at a coffee shop.

“With autonomy to mold and appropriate, you empower employees with the ability to take an initiative to change behaviors — when to adopt, what to appropriate and, in general, how to support, enable, and augment their work with IT,” she says.

While big companies like Google and Facebook might be well-known for their office perks and non-traditional work environments, the study found that it’s actually small businesses who come out on top with flexibility. Of those in the study who worked at large companies, 86 percent said they would like to work from home one or more days a week, but only 26 percent said they actually did. For those who worked at small businesses, however, more than half said they are allowed one or more work from home days per week.

Bigger companies can learn from their smaller counterparts — the study points to companies like Microsoft and Cisco, which both implemented flexible company-wide work from home policies. The study goes on to point out how, according to data from PayScale, 70 percent of Microsoft employees are “highly satisfied” with their job, and 75 percent of Cisco employees say the same.

A shift to automation

Harder says that a lot of this change comes as a result of automation in the workplace — apps, programs and even robots are taking away much of the mundane, paper-pushing work employees had to do in the past. As a result, they’re freed up to spend more time doing, what she calls, “non-routine cognitive work.” That means, your employees can be valuable resources around innovation and creating a collaborative, unique and motivated work environment.

The hardest part, she says, is typically for managers who have a knee-jerk reaction to “command and control.” Part of embracing an independent and autonomous workforce is letting go of micromanagement and embracing trust with your employees. But the change needs to go all the way up to the C-Suite, with executives leading the charge. “As a manager, you often think that you are the one that sees the broader and bigger picture of the situation. But hierarchies are falling, and information is no longer selectively distributed throughout and down the hierarchy to a select few. In a networked and connected world where information is digitized, people have the same insights,” she says.

Employees are ready for change

The study found that 41 percent of non-independent workers planned to become independent within the next year, and 53 percent said within the next five years. Of those surveyed, 63 percent said they expect that the eight-hour day will soon be obsolete and 68 percent believe that soon the majority of work will be completed remotely, rather than in an office. When asked why they wanted to work independently respondents cited “greater flexibility in schedule and control over work environment, the opportunity to earn more and a better work-life balance.”

“Managing a more independent workforce requires a different approach from management. One where leaders have to trust more and be more confident in their own abilities to manage remote employees,” says Sturrock. “The key point is to survey your employees, and regularly. Then act on the feedback. People will participate if they believe their input will make a positive difference.”