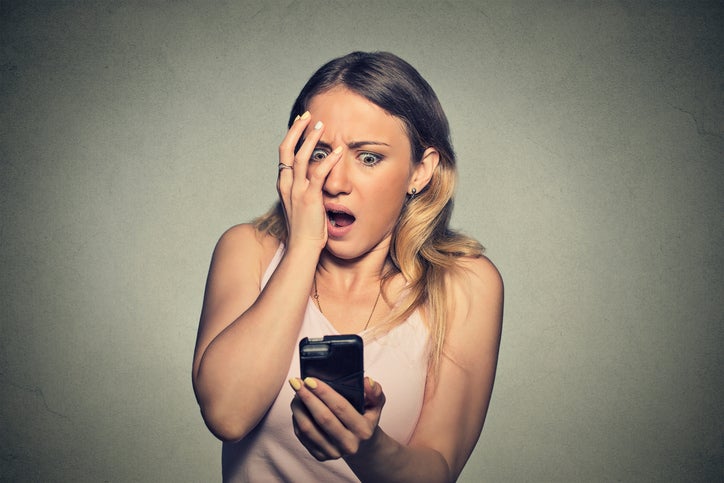 Just because Verizon Wireless has some customers on “unlimited data plans,” it doesn’t mean that Verizon wants them to actually use it.

Throttling the speeds of so-called data hogs was a tactic Verizon used before the FCC passed the net neutrality rule. Since throttling is now frowned on by the FCC, the largest wireless carrier in the country has found a new way to keep those pesky customers in line: Subscribers on unlimited data plans who use more than about 100GB a month will be disconnected from the network as of August 31. No calls, no data, no texts.

If they want to stay with Verizon, they’ll have to subscribe to a standard data plan with a cap and charges for exceeding it. If, for some reason, those customers need 100GB of data, it will cost them $450 a month. Unlimited plans cost $50 a month and are no longer offered to new customers.You can find details on Verizon’s data plans here: www.verizonwireless.com/plan.

[ Related: Verizon will give you 2GB of free data to flirt with Android Pay ]

I doubt that very many customers –Verizon says it’s only about 1 percent — are directly affected by this move, and I’d agree that 100GB is a heck of a lot of data to use. But there’s a principle here: When a company sells an “unlimited” plan it needs to stick by its agreement with the customer. If it was an unwise offer, that’s on Verizon.

After all, when a consumer signs a contract agreeing to pay for service for a couple of years, he or she can’t decide after six months that it was a bad deal and back out without a penalty. But if Verizon backs out, it gets to say “no harm, no foul” and proceed on their merry way.

Verizon’s side (sort of)

Verizon, of course, sees it differently, and implies – but doesn’t actually say or prove — that heavy data users are causing network problems. Here’s a statement sent to me by Kelly L. Crummey, Verizon’s director of corporate communications.

“More than 100 million Americans rely on our network to stay connected to their friends, family and colleagues, and to the information they need. Because our network is a shared resource and we need to ensure all customers have a great mobile experience with Verizon, we are notifying a very small group of customers on unlimited plans who use an extraordinary amount of data that they must move to one of the new Verizon Plans by August 31, 2016.

Although unlimited data plans have largely disappeared, AT&T and T-Mobile, do offer them, and throttle the download speeds of very heavy users. The FCC doesn’t actually forbid throttling, but when Verizon announced plans to slow some customers in 2014, commission chairman Tom Wheeler criticized the plan and said he was skeptical of the company’s claim that throttling was needed to manage its network.

Tip of my cap to Droid Life, which first reported Verizon’s plans.