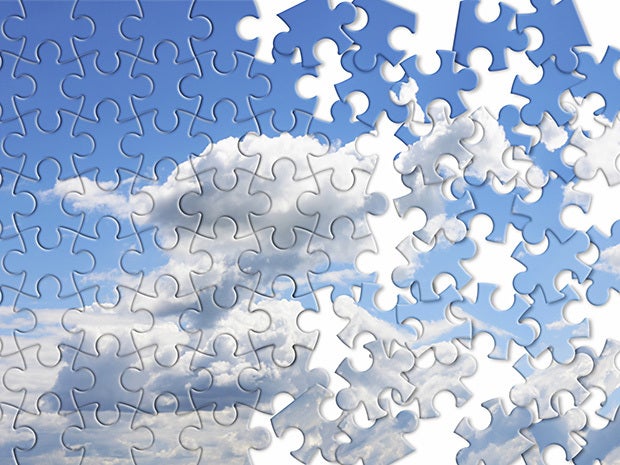 In the latest reflection of cloud computing’s impact on the IT services market, outsourcing consultancy Information Services Group (ISG) for the first time expanded its quarterly market index to look specifically at the as-a-service segment of IT and business process services industry.

The as-a-service market, which includes Infrastructure- and Software-as-a-Service (IaaS and SaaS) activity, now represents more than one third of the combined global market for sourcing services — nearly double its share from early 2014, according to ISG. And the firm predicts accelerated growth in the cloud computing segment longer term—both in absolute terms and relative to traditional sourcing activity—as more and more work is automated and moved to the cloud.

CIO.com talked John Keppel, President EMEA and Asia for ISG, about the rapid rise of cloud offerings, the especially sharp increase in IaaS deals, cloud’s new role in digital transformation, and the future prospects for traditional IT outsourcing market

CIO.com: It was already clear that the uptake of as-a-service offerings was rising rapidly. Were you surprised at how big a chunk of the business services market they had consumed?

John Keppel, President EMEA and Asia, ISG:I don’t think ‘surprised’ is exactly the right word.  We’ve known for some time now that the as-a-service sector has been eating into the market share of traditional service providers. How else to explain that contract counts are soaring, but contract values are remaining relatively stagnant in the traditional market? We knew anecdotally that a lot of client work was moving to the public cloud infrastructure and cloud software markets, and we also knew it was time to begin an empirical measurement of that growing shift. That’s why we decided to move beyond our initial examinations of this phenomenon and officially expand the coverage of our [index].

The drivers for cloud have changed noticeably over the past three years. Initially, cloud interest and adoption was concentrated primarily on cost reduction, in line with what we traditionally have seen as a driver for outsourcing. It was an evolutionary process up until about 18 months ago, when we began to see the real cloud revolution: using public cloud infrastructure and software to dramatically boost agility and grow the business.  More clients are taking the savings from deals created a few years ago and re-investing them into their digital transformation initiatives; indeed, the public cloud usually serves as the foundation for many of these emerging services.

CIO.com: Your report looks at all business services. What was traditional and as-a-service IT activity like in the second quarter?

Keppel: Taking a look at the combined market—that is, traditional sourcing and as-a-service activity—we saw overall market value decline 2 percent to $7.9 billion in the second quarter. Compared to the first quarter of 2016, the market was down 9 percent, but still within the healthy range of around $8 billion it has averaged over the last five quarters.

In traditional sourcing, annual contract value (ACV) this quarter was at its lowest level since the fourth quarter of 2013, when it dropped below $5 billion. The decline this time came mainly from a weak new scope market, particularly in the IT outsourcing space. New scope posted its lowest ACV since the second quarter of 2013. That stumble also can be attributed to weakness in restructuring activity.

In contrast, the value of the as-a-service market jumped 45 percent over last year. IaaS exhibited vigorous year-on-year growth of 70 percent, compared with SaaS, which logged a decent but modest 16 percent growth over this time last year. IaaS amounts to about 54 percent of the as-a-service market at present, and the gap between IaaS and SaaS has been widening since the end of 2014.

CIO.com: How long can as-a-service and traditional outsourcing activity remain on their respective trajectories?

Keppel: The as-a-service space is on a tremendous growth trajectory, and we expect its rapid growth to accelerate into the foreseeable future. The SaaS market in particular will continue to be reshaped, with lots of consolidation and continued innovation. In the meantime, for every company that is acquired in the space, we expect new ones to pop up in their place and be every bit as competitive.

The traditional sourcing market pulled back in the second quarter and came in at lower levels than we initially expected. Looking to the second half, we expect a tough comparison, particularly against the very robust fourth quarter of 2015. Even though we continue to see increasing market demand and interest in sourcing, we expect second-half ACV from the traditional market to come in slightly lower than last year, albeit with an increase in the number of contracts.  However, once you factor in the as-a-service flow into the combined market, ACV will most likely finish with high single-digit growth.

CIO.com: Will we ultimately see the end of traditional IT outsourcing?

Keppel: Many of the as-a-service characteristics we’ve referenced thus far are only fully realized with massive scale, multi-tenant platforms typically shared across hundreds, thousands, or even millions of buyers. Only a select few providers can offer this level of scale and innovation, such as Amazon Web Services and Microsoft Azure for infrastructure, and Workday, Salesforce and ServiceNow for software.

While the move to an as-a-service model creates some serious challenges for traditional sourcing providers, it should not be construed as the end of the road for the traditional market. Many providers are transforming their businesses to accommodate and leverage cloud-based services, infrastructure, and platforms as part of their delivery models. They are making that transformation—both organically and through acquisitions—at a heightened pace, some more rapidly than others.

Additionally, from the buyer perspective, many clients [have] to navigate a number of transformation projects to implement technology.  Few companies are in a position to deliver a green field cloud proposition within their organization, thus causing more of a co-existence of both cloud-based and legacy service provision.