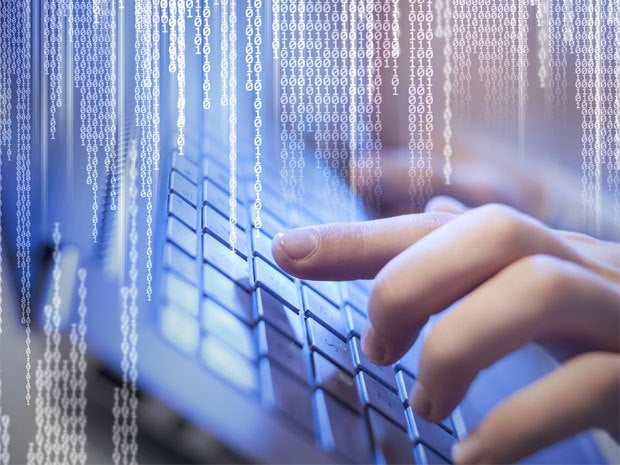 Coding is one of the hottest skills on the tech market. According to a recent survey from Burning Glass, programming jobs are growing 12 percent faster than the average. According to the survey in 2015 there were seven million job openings that required coding skills.

To discover trends around occupations, skills, credentials and salaries, Burning Glass evaluated its database of 26 million unique job postings collected in the U.S. in 2015. The study found that in the “career track” category — defined as jobs that pay at least $15 per hour — the positions that required coding skills paid, on average, $22,000 more per year than those that didn’t. But interestingly, coding wasn’t confined to programming jobs; it emerged as a necessary skill in data analysis, arts and design, engineering, information technology and science. That’s why it might be time to learn how to code — and if you have kids, it’s time to get them on the bandwagon too.

Coding is for more than just tech workers

Everyone wants to remain valuable in their respective industry — and coding skills will always be viewed as a value-add on your resume — whether you’re in IT or not, according to Davis. In the past, it might have seemed odd for a project manager or marketing manager to list coding as a skill, but now it could actually give you an advantage in the job market.

Davis uses the example of one recruiter at Kavaliro who wrote a simple web plug-in to save everyone in the company around two hours of mundane work each day. He also gives the hypothetical example of an accountant who can write a macro that helps your entire department be more productive. These are examples of simple programs that wouldn’t require a degree in computer science, but they will certainly make you stand out among your peers.

“You never know when coding knowledge will come in handy, but it’s guaranteed to help you get ahead in some way,” says Davis.

Dave Karow, director of product marketing at BlazeMeter, a company focused on offering performance engineering platforms for DevOps, agrees. He says that you might have an employee who is great at creating macros in Excel — something that could benefit plenty of departments outside of IT. Or even an employee who can write a simple web-app to solve a small problem for the department, without having to go through IT and possibly wait months for a solution. “The point is that the future belongs to those who can create just what is needed — and quickly — rather than waiting months or years for some outside entity to deliver a packaged solution for them,” says Karow.

A push for learning coding young

You might assume thatstudents graduating from computer science programs come out armed with the hottest coding skills, but that isn’t always the case. It takes a lot of time and effort to change and modernize a curriculum, so plenty of schools are still behind the times when it comes to integrating coding into the curriculum.

And coding offers more than an understanding of programming, it teaches valuable lessons about critical thinking, says Eric Klopfer, director of the Scheller Teacher Education Program at MIT. Klopfe’s team is dedicated to getting students invested in coding at a young age by encouraging educators to include the STEM skills in lessons.

Klopfer envisions a world where coding is integrated into every curriculum, from math to science to social sciences. For Klopfer, coding is a way to teach kids how to visualize problems and solve them in new and creative ways. “Computational thinking is really about breaking down problems to discrete steps, a skill that is required in virtually every discipline. As this way of thinking becomes part of the fabric of learning it can have the greatest value in supporting students as they learn other subjects, and using computing creatively,” he says.

Trina Gizel, CIO and vice president of IT at Flexera Software, a company that helps companies manage enterprise software, views coding as an efficient way to view the world around us. “Coding is essentially a logic skill set, understanding and building relationships between data, systems, technology and how we do just about everything in our day-to-day lives,” she says.

It’s becoming easier than ever to instill an interest in coding in young children — you can walk into Toys “R” Us and get your toddler a tablet specifically designed for their age group, Davis points out. There’s also no shortage of games, apps and websites directed at teaching children the basics of coding. And, as Davis notes, when it comes to teaching kids programming skills, the early the better.

“The first time my father saw a computer it was bigger than his house, and now I hold one in my hand every single day. Imagine what the technology world will look like in 30 years if every child knew how to write a program before they went to high school,” says Davis.

Harpreet Singh, vice president of Product Marketing at CloudBees, a company focused on accelerating the software development process, acknowledges that software has become so pervasive that it’s found its way into nearly every industry and department. Software can be a great thing — it can take difficult tasks and make them easier, sometimes removing mundane steps from processes, freeing up employees to be more productive and creative. But the real challenge with software is typically with the humans on the other end of the computer — they need to be tech-savvy.

Tim Davis, senior resource manager at Kavaliro, says that for workers already entrenched in their careers, you don’t have to worry if you didn’t graduate with, or grow up with, coding skills. Thanks to technology, you’ll find a plethora of resources on the internet — whether you want to learn using free websites, community forums or even online courses.

“E-learning providers such as Lynda or Treehouse provide excellent courses and are constantly being updated by industry leaders. There are also many online forums for developers where you can ask a community for help with different coding problems you are having. Staying active in the IT coding world and continuing to learn as new technologies present themselves is the number one way to stay competitive,” he says.

Davis says that professionals sometimes get overwhelmed when they approach. His advice is to take a moment to evaluate your own interests in technology. For example, if you love mobile applications, you might want to learn mobile development techniques, or if you prefer building websites or focusing on the user experience, hone your skills in end-development instead.

“The IT industry is always changing and nothing you learn will be a waste, so my advice is to just start,” says Davis.