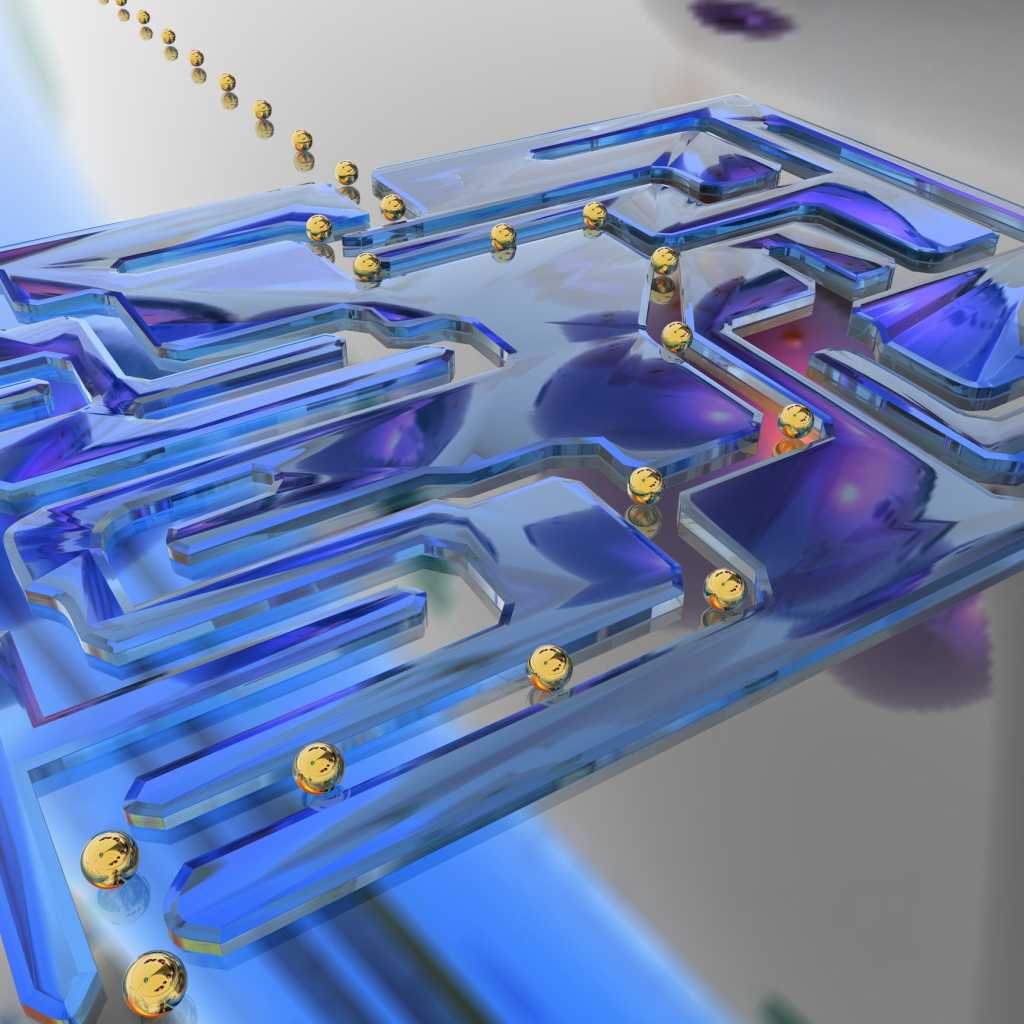 Long before Tom Miller became CIO of Anthem, the $79 billion healthcare giant, he led a sales team that, in 1990, had pulled off an improbable feat: selling an unprecedented 38,500 cases of Coca-Cola products in a day.

[ Related: CIOs who took an alternative route to the top ]

In one day, the team overcame a revenue shortfall for the year. But then came the really hard part. The warehouse team would have to work overnight to essentially empty their warehouses and deliver the products. Mind you, these were members of the Teamsters union, who typically worked at their own pace and clocked out at a set time.

What happened next bolstered an innate but important attribute for Miller, and one that would play perhaps a bigger role than any other in a career ascendency that is as unique as it was unlikely: the importance of authenticity.

Fast forward to 10 the next morning. The trucks were loaded and ready to go. And there, sans tie, sleeves rolled up, was Miller, who had rallied the union workers and toiled with them through the night to hit the goal.

“That was one of those times when I think people realized I was willing to be real, treat them like peers, and help where help was needed,” Miller tells CIO.com. “To not think about myself, but to think about them and the company.”

Miller spent the first decade or so of his career in sales and general management roles with Coca-Cola, as he worked toward his undergraduate degree in computer systems. The company then asked him to be the business leader for a project to implement new systems for telesales and logistics in Michigan. After a successful deployment, Miller led a nationwide effort to do the same.

From there, he rose the ranks in IT, combining his business acumen and technology education. That one-two punch was so valuable to the company that Miller, after earning his executive MBA, was put on the fast track. Not long after, he served abroad as CIO of Coca-Cola’s Greater Europe Group, followed by a stint as CIO of the company’s European bottling organization.

When he returned to the U.S., he rose to become CIO of North America, and then CIO of Coca-Cola Refreshments, the company-owned U.S. bottler.

As he climbed the ladder, Miller came to realize that not “growing up” in IT became his best asset as a CIO.

The ability to communicate. A perspective of what matters. A laser focus on customers. Confidence.

These are some of the key attributes of the modern-day CIO, particularly in this “digital” era marked both by astonishing advancements in IT offerings and a tidal wave of demands from business partners for IT to be faster and more responsive (especially when it comes to clients or customers) not to mention simpler and more innovative.

They are also some of the most critical lessons Miller developed in his sales and management tenures. By his own account, Miller started his sales career as a rather timid person. “I didn’t want to talk to people,” he recalls. “I had to learn that through the sales function. If you’re going to sell, you need to talk to people—and talk quickly and confidently.”

Understanding customer concerns was also of utmost importance. So was understanding that just about every major initiative inside the company centered on its customers.

“(That background) prepared me to look at IT, lead IT and, more importantly, represent IT differently than other people who grew up in the IT function,” Miller says.

When he became CIO of Anthem in May 2014, he found an IT culture in the making. Anthem — long known as WellPoint, before changing the name in December 2014 — had made two major acquisitions prior to his arrival: WellPoint, which it bought for $20.88 billion in December 2004, and Amerigroup, which it purchased for $4.5 billion in December 2012, according to published reports. Both of those companies had distinct customer bases and cultures, and the IT organizations for each remained relatively intact.

Miller worked quickly create a truly enterprise IT function that united those cultures and re-architected the IT’s organization’s structure and roles. Instead of having divisional IT leaders for business lines like government or commercial insurance, he aligned his leadership team around specific functions key to Anthem’s overall strategy. For example, he created leadership roles around client engagement, project management, delivery, enterprise technology operations and security, among others.

Those changes, Miller says, helped set the course for a more high-performing IT organization. “Leadership, in a lot of ways, boils down to three things: Vision, alignment and motivation,” he says. “Making sure there was a clear vision of what we were going to do, aligning IT people to that vision, and motivating them to want to achieve what our goals were — that’s probably one of the biggest things we’ve done in the last two years.

“We’re a very motivated team right now, and more aligned than ever before,” he adds.

Today, Miller plots a course for his IT organization focused not on delivering specific technologies to enable the business, but the processes, applications, data and people strategies that will help Anthem meet its overall goals.

He takes a systematic approach, with three pillars, to marrying IT’s potential to those goals. The first is around running the IT function well, the fundamental components of a successful IT function, which includes clear plans around areas like talent, infrastructure, security, digital, mobile and application architecture.

The second pillar centers on delivering capabilities Anthem needs to facilitate growth and meeting the needs of both consumers and healthcare providers. There are three key areas of focus here: customer centricity, collaboration with healthcare providers, and lowering or optimizing the costs of care for consumers.

The third pillar is all about innovation. Miller and his team are focused on determining how and where to leverage emerging technologies that help to deliver on the aforementioned capabilities. Anthem recently opened an Innovation Studio in Atlanta that will serve as the center for ideation and experimentation of new tools and capabilities.

Through it all, Miller emphasizes the need to deliver value. As he sees it, IT’s value has shifted from computing power, transactions processing and workflow enablement to speed, agility, flexibility and velocity. As a result, Miller pushes his team to “pick up the pace and be innovative across the entire landscape.”

Of course, his tenure has not been free of challenges. In February 2015, Anthem reported a breach of a network server that exposed personal information of more than 78 million current and former employees and members of its healthcare plans. Despite the scale of the attack, Anthem’s quick reaction was lauded by security experts and analysts, the White House and the FBI, which, through a spokesman, called Anthem’s response “a model for other companies and organizations facing similar circumstances.”

While he could not speak about many specifics of the breach, Miller says he and his organization learned valuable lessons through the experience. “We learned that time was of the essence, and that we need to do everything we could, as quickly as possible, to protect consumers and our customers,” he says. “With that as our guide, we acted swiftly and resolutely in the hours, days and weeks following the incident.”

And another challenge looms: Anthem’s proposed $48 billion acquisition of rival Cigna — which, as a combined entity, could be one of the 20 largest publicly traded companies in the U.S. — is currently under regulatory review.

Through the ups and downs, though, authenticity is probably strongest tool in Miller’s belt.

In outlining the key traits of authentic leaders, Bill George, the former Medtronic CEO and author of several notable books including True North, listed, among others, practicing solid values; demonstrating self-discipline; and pursuing their purpose with passion.

Born and raised in Michigan, Miller grew up with a set of values and a work ethic that he assumed was normal. One could stereotype Miller as being your usual Midwesterner, but there’s more to it. Throughout his career, Miller has worked with colleagues from almost all 50 states, and others from about 50 different countries. But he doesn’t judge them or compare himself or his background to their. Instead, he has tried to learn from them and understand the differences in order to learn more about himself.

It didn’t completely dawn on him until he was working in Europe, and one of his foreign colleagues told his team that they did not need to worry about Miller’s work ethic, since he was from the Midwest. “Wow,” Miller thought to himself, “I didn’t know I had that going for me.”

Miller admits that demonstrating sincerity day-in and day-out is no easy task. But neither, he says, is leading IT.

“It’s not for the faint of heart,” Miller says. “You have to know that you’re dealing with a function that is integral to the entire business, in an industry that is changing constantly. You have to get satisfaction out of knowing those are the dynamics of your responsibility.”

To do stay grounded, Miller employs a mental model — but not a completely rigid one — that he uses to verify that he is in the right frame of mind.

It’s a moral compass of sorts that has three boundaries. The first is peace. Miller asks himself, ‘Am I letting stress and pressure get to me?’ He says that 99 percent of stress is your reaction to the situation, so if you’re at peace, you’ll see through any predicament.

The second is joy. This involves enjoying — or as Miller says, “having a great time” in — his work, and enjoying the privilege of his role.

The best word to describe the third boundary is righteousness. It’s the feeling that his motives are right, that he’s not being selfish, that there’s no malice toward anyone. He approaches everything with a positive intent — and he assumes that everyone else will, too.

Those are the tools Miller uses to follow one of George’s key prescriptions: Stay true to yourself. Miller has been doing that all along, from working in sales while completing his undergraduate degree, all the way to rising to C-level roles at two of the biggest companies in the U.S.

“People want to know you as a person, not just as a leader. And they want to follow someone they can trust,” Miller says. “That’s probably what I have learned more than anything.”