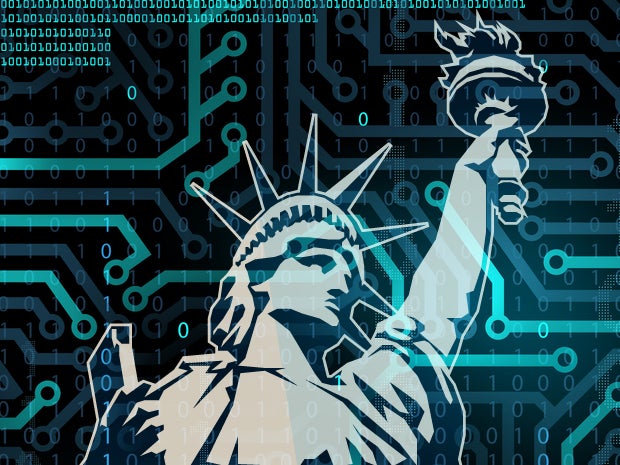 The U.S. IT sector added a total of 32,100 new jobs in June, according to an analysis of Bureau of Labor Statistics data by technology industry association CompTIA, and continues to grow at a faster rate than overall national employment. Indeed, every category except technology manufacturing, experienced positive job growth.

CIO.com talked to Tim Herbert, CompTIA’s senior vice president of research and market intelligence, about what this labor data reveals about the state of the domestic IT services market, digital transformation as employment driver, why automation is likely to have a greater impact on American IT jobs than offshoring, and how IT outsourcing job growth will significantly outpace corporate IT roles.

CIO.com: The IT services sector added 1,900 jobs last month. What does that reveal about the current state of the domestic IT outsourcing market?

Tim Herbert, senior vice president of research and market intelligence, CompTIA: There are two components to the IT services figures: custom software development services (such as website or application design) and traditional IT services (which could include things such as value-added-reselling, managed services, implement/integration services, facilities management, or break/fix). Custom software development services accounts for approximately 44 percent of employment in this category, while traditional IT services accounts for the remaining 56 percent.

Growth of software development services has slightly outpaced growth of traditional IT services. Both are driven by strong customer demand for digital transformation technologies. This may take the form of modernizing legacy infrastructure — such as migrations to the cloud—or improving customer experiences — such as through new mobile commerce capabilities. Software and the IT services supporting implementation, integration, and ongoing management are front and center in digital transformation initiatives.

CIO.com: For some time, there have been concerns about the net impact of offshore outsourcing on American IT jobs — and more recently the effect of increasingly advanced automation has become a worry. Yet your analysis says that IT remains a key driver of jobs and growth in the U.S.

Herbert: Estimates of jobs displaced or jobs created due to offshoring and/or automation tend to vary widely due to lack of reliable data, which makes it challenging to assess the net effect. I don’t have hard numbers to back this up, but my sense is the job losses attributed to offshoring are probably slightly overstated, while losses due to automation are probably slightly understated.

The U.S. is a major exporter of IT services. In some cases, what may appear to be offshoring could be more a function of a U.S. tech company locating its workforce in the markets where it is doing business.

Prior CompTIA research among small to midsized businesses that utilize outsourced IT services found that the No. 1 reason for doing so was the need for greater expertise. While this is from the customer perspective, it is a reminder there are many factors at play [in outsourcing] beyond simple cost savings.

CIO.com: What level of growth do you expect in IT employment throughout the remainder of 2016?

Herbert: For the remainder of the year, overall growth is expected to fall in the two to two-and-a-half percent range—on par with the growth rates of 2015. Consistent with the growth curve of the past few years, IT services and software jobs are expected to outperform overall IT industry job growth, possibly yielding increases double the overall IT workforce growth rates.

CIO.com: What impact might Brexit have on the U.S. IT industry?

It is generally expected that the UK economy will slow to some degree when Brexit gets underway. It’s tough to say exactly how this will impact spending by UK businesses in areas such as technology, but cutbacks could certainly impact employment at U.S. tech firms that rely heavily on exports to the UK.

The other factor at play is a falling British Pound relative to the U.S. dollar, which makes U.S. goods and services more expensive to UK buyers.

CIO.com: Have you determined yet what Clinton or Trump policies might mean for U.S. tech employment?

Herbert: It’s too soon to tell. But as we move on from the nominating conventions to the general election phase, we look forward to increased conversations on technology from both candidates. This conversation is imperative if we hope to keep America at the forefront of the technology revolution.

In May, CompTIA joined over a dozen technology trade associations in releasing the Technology Sector Presidential Platform to the presidential candidates. The platform urges the 2016 candidates to consider issues and implement policies that harness the power of technology, create jobs, grow the economy, foster innovation and continue to improve the lives of all Americans.