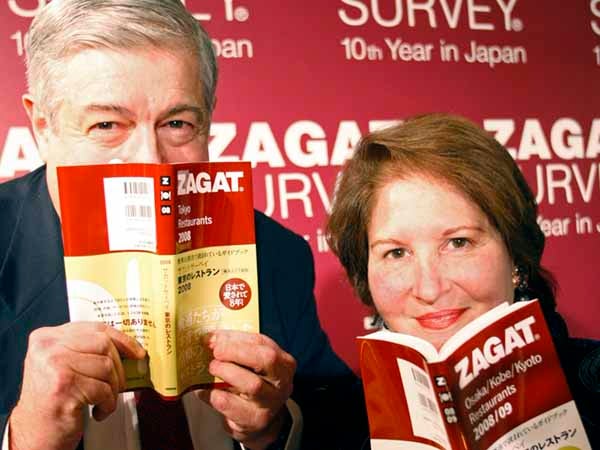 I’d almost forgotten Zagat even existed until last week when I learned it had released a new iOS app and overhauled its rating system. And in just a week, Zagat has become one of my most-used apps.

In case you forgot Zagat too, it started out as a paperback guide for local restaurants. Readers rated restaurants on a scale of 1 to 30 for food, décor, and service. Zagat offered mobile apps before, but they were at best, “meh.”

Google acquired Zagat in 2011 as a source for restaurant recommendations, and Zagat has been through some ups and downs since. However, it is back — and you want to download the new app. Here’s why.

Zagat’s new interface is easy to navigate, browse, and search. It includes multiple photos of restaurants and provides easily accessible icons so you can call the restaurant, get directions (via Google Maps), review the menu, and make reservations via Open Table, provided the restaurant uses the Open Table system. You can also view restaurants on a map or in Google Maps Street View and easily click to their websites.

You can search for restaurants by neighborhoods or cities, or by nearby cuisines. You can also apply filters to Zagat listings, such as excluding searches to restaurants with 3.5 or higher food scores.

Some Zagat users found the 30-point scale a bit too complex. It’s gone now, replaced with a score of 1 to 5 for food, décor and service. I never had a problem with the 30-point score, but I don’t miss it, either.

Where Zagat misses the mark

Many restaurants aren’t Zagat-rated. In fact, I found no Zagat-rated restaurants at all in Greensboro, N.C., or Richmond, Va. If you turn off the “Zagat Rated Only” option, however, you see other restaurants that are rated by Google users. Also, Zagat competitor Yelp offers more options and listing types than Zagat, including the ability to search only for restaurants that deliver. And as of this writing, the Android Zagat app hasn’t been updated since 2014, though its Google Play page says “a new version … is currently in the works.”

Zagat’s iOS app is free. It can help you find good places to eat, which is especially helpful when traveling, and it integrates with Open Table. If you own an iPhone and like to eat out, you should download Zagat now.