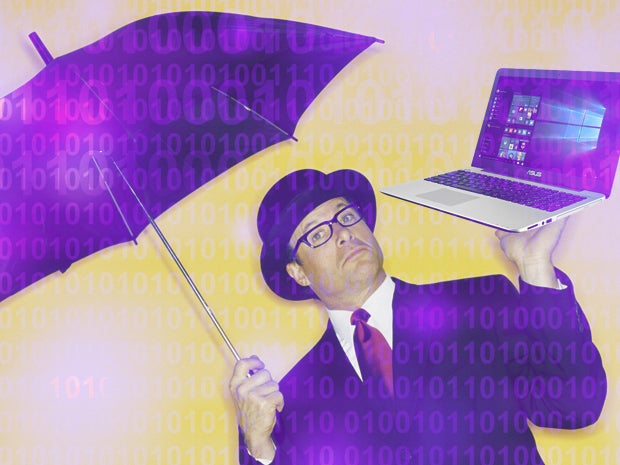 That notion is nothing more than a stereotype, but it’s a harmful one that could make life difficult for IT professionals over the age of 50 who are searching for new jobs. And now the results of a new survey suggest that the stereotype might not be accurate after all.

In another finding that contradicts a stereotype involving older people and technology, the survey also found that older workers experience less trouble working with multiple devices than their younger colleagues do. Only 13 percent of respondents in the 55-plus group reported such issues, compared to 37 percent in the 18-to-34-year-old category.

So what’s going on? Rob Baesman, head of product for Dropbox Pro for business and enterprise, says he was surprised by the results and he suggests that the findings may reflect the respondents’ levels of frustration with workplace systems rather than their levels of comfort with new technologies.

“My hypothesis, which could be right or wrong, is when you look at a younger generation in the workforce, a lot of the folks in that category are used to using tech in their personal lives that’s pretty darn good. And that raises the expectations of what tech can be in their professional lives,” he says.

[ Related: 7 ways to mitigate age discrimination in your job search ]

“That said, when you look at the technologies broadly still in use in the workplace, they often don’t achieve that level of cleanliness and personability [of the technology] in our personal lives. So younger people will feel frustration at tools that are not up to snuff,” Baesman says. In contrast, older people who have been working longer “have seen a lot worse,” he adds, “so there may be more tolerance for tech that may not always be as good as it might be.”

Frustrated? Use your own.

What Baesman is describing is the problem that drove the bring-your-own-device (BYOD) phenomenon. People started pushing to use their personal systems on the job because they were frustrated with using old, ineffective computers and BlackBerries at work and then going home to modern PCs and smartphones.

That frustration is what the Dropbox/Ipsos survey tapped into. Far from being untrainable or uncomfortable with new technologies, older workers experience the same frustration with clunky systems that younger people feel, and therefore they’re as likely to embrace new technologies as the youngsters. “We saw older workers on par with younger workers in terms of technologies they were working with and their own sense of comfort in using those things,” Baesman says.

When you look at how quickly technology has been evolving, everyone in today’s workforce has seen rapid change, he says. Whether you’re 25 or 65, you’ve experienced it in your lifetime and you’ve learned to adapt.

“Our employment system is based on a document that is a hundred-year-old convention,” says Devine. “We’re moving to an employment system that needs to be based on networks. Networks expose the demand of things and supply things. Resumes don’t create the visibility of job skills that are needed. Not personality traits but work skills, the things you do to accomplish work.”

However accurate or inaccurate the image of technophobic older workers may be, the stereotype does persist. Baesman says there’s no single industry that’s particularly egregious when it comes to ageism, but Devine knocks the tech industry for being ageist, due to the fact it’s a young industry. “I’ve been in the Silicon Valley for 30 years and remember when no one in the industry had 20 years of experience,” he says. “Bill Gates and Steve Jobs were on the covers of Fortune in their 20s.”

In contrast, some industries, notably financial services and banking, are more comfortable with executives in their 60s and 70s. “The tech industry is unusual in that it’s such an age-biased industry,” says Devine. “Today we’re dealing with an almost 40-year-old industry. We’re just now realizing it’s OK to be 50.”

According to Baesman, the survey showed that it’s not new technology or training that makes employees happy, it’s the ability to be creative at work and having the flexibility to use whatever technology you want.

“When we look at people’s sensation of feeling creative and how that translates to happiness at work, there is a longstanding perception that creativity is for a few. What we saw in the survey is it’s much broader than that. You can find creativity and happiness in a whole array of industries,” he says.

There’s a correlation between the use of various collaboration tools and the flexibility of the workplace and how flexible and individual’s work style is, Baesman says. For example, using messaging and email on the job strongly correlates with people’s ability to feel creative in their work and be happy, he says.

And it’s up to the employer to foster flexibility. “Employers have the power to drive the sense of employee happiness as well as employee creativity in their work, depending on how you view that in your industry,” he says.

Devine agrees the burden of keeping people’s technology skills up to date falls on the employer. “Employers need to see where your deficiencies are so they can provide for you. It is the moral obligation of every employer to see the deficiencies of their workforce, so if these older professionals are falling away in skills, shame on their employer for not providing them with the work experience to be employable,” he says. “And that’s a failing of the system and we all need to come together to right that wrong.”