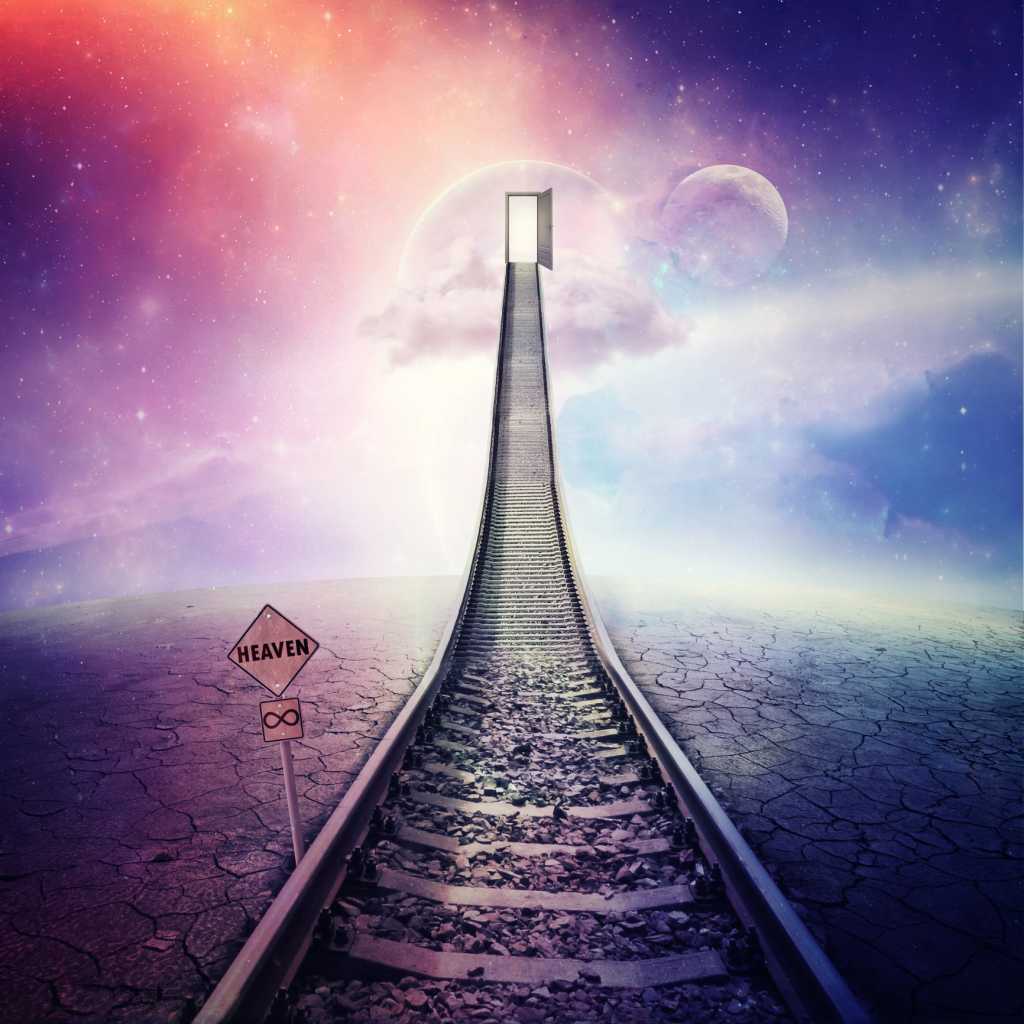 Fully automated, self-driving cars are likely decades away from being a reality, says Nicholas Carr, the author whose books about technology and culture seek to curb the heady enthusiasm regarding the digitalization of everything.

“I think a lot of the visions of total automation assume that every vehicle will be automated and the entire driving infrastructure will not only be mapped in minute detail but will also be outfitted with the kind of sensors and transmitters and all of the networking infrastructure that we’re going to need,” Carr tells CIO.com. Autonomous car proponents and technology enthusiasts in general will certainly disagree with Carr.

No surprise there. In May 2003, the Harvard Business Review published Carr’s book “IT Doesn’t Matter,” which raised the ire of technology luminaries such as Bill Gates and Carly Fiorina by challenging the notion that IT infrastructure provided enterprises with a strategic advantage. Most CIOs didn’t care for it either, feeling as though their roles were being denigrated at a time when CEOs were beginning to understand that some technology, well, does matter. Carr has long since been vindicated. The utility computing model Carr described in 2003 became known as cloud computing. And with each SaaS app an enterprise CIO implements, software as a service becomes commoditized a bit more.

[ Related: Nicholas Carr: The Internet is Hurting Our Brains ]

Now Carr is back with a new book, “Utopia is Creepy: And Other Provocations,” which W.W. Norton & Co. is releasing on Sept. 6. It’s a compendium of essays, from “Is Google Making Us Stupid,” to “Life, Liberty, and the Pursuit of Privacy.” Software may be eating the world, but one thing that perpetually eats at Carr is the irrational exuberance espoused by Silicon Valley, which preaches that technology is the answer to everything. Apps will usher in world peace and end world hunger. At the very least, they’ll enable us to take a nap while tooling around in our API and lidar-fueled motor vehicles. Well, one of these decades, anyway.

CIO.com: What is the premise of “Utopia is Creepy?”

Nicholas Carr: Utopia is Creepy is a collection of pieces that I’ve written and posted to my Rough Type blog over the last dozen years. This is kind of Rough Type’s greatest hits, as well as some essays that I wrote at the same time, including “Is Google Making Us Stupid,” which is probably the best-known of those. When Rough Type hit its 10th anniversary in 2015 I started going back through the posts and I realized there were a lot of pieces that had some resonance.

I also started to see was that I’d given a blow-by-blow description of what was going on in the tech world, particularly the rise of what used to be called Web 2.0 and is now known as social media and social networking. It was also a critique of the Silicon Valley ideology — the sense that the internet and social media was bringing down the barriers to self-expression, freeing people up and if we place our trust in Silicon Valley and the programmers there it would lead to a kind of utopia. It’s a collection but one with a theme that runs through it.

CIO.com: What are a couple of examples of this Silicon Valley irrational exuberance that comes to mind?

Carr: When we saw the resurrection of the internet after the big dot-com bust, there was this sense that the walls of old media and the gatekeepers were coming down and there was golden age of people in control of their own expression and what they read. This was a strong theme back then. There was Wired cover story called “We are the web” that presented this as a whole new world opening up. What we’ve seensince then has been very different. The old gatekeepers, to the extent they were gatekeepers, have been replaced by companies like Facebook and Google and companies that really now have become the new media companies and are very much controlling the flow of information.

If anything we’re more deeply in the grip of the new media companies than we ever have been. Another example is a sense that we human beings need to get out of the way and let algorithms and robots take over because in some fashion — at least this is how it’s presented — robots are more reliable and more perfect and faster than human beings. This is translated by Silicon Valley and others that we’re all going to be freed up and won’t have to work anymore and that by handing off our jobs to machines and computers and robots that we’ll have all of this time and we’ll be more creative.

CIO.com: What I’m hearing out of MIT, other academia and from analysts at Gartner and Forrester is that robots will augment and support humans in their work, rather than replace them outright.

Carr: There is a well-argued counter philosophy to this sense that ultimately artificial intelligence and robots will take over the bulk of labor. I still think that’s a common theme coming out of Silicon Valley from people like Peter Thiel and Marc Andreessen, who quite explicitly say it may take a little time but ultimately, as Andreessen puts it, software is eating the world and we’re going to figure out what happens in the post-work environment.

This is a dream that’s been around since the Industrial Revolution — that machines are going to take over — and it never panned out. Which is not to say there aren’t huge technological shifts in the labor force — there are – but I think it’s an expression of faith in computers to solve in a magical way these difficult problems that we’re always going to be dealing with. The danger here is that often as a society we’re prone to buying into this sense that if we just automate, for example, healthcare suddenly we’ll have an efficient system and that will cure a lot of ills. And it has the effect too often of generating complacency, that we don’t have to struggle with these things because technology is going to solve these problems.

CIO.com: I can see that. Every time we have a major machine learning breakthrough – the computer beating a human in Go comes to mind – the excitement fades as we’re reminded of how far we are from true AI.

Carr: You have to suspend your disbelief when you’re interacting with your computers or your smartphone or Siri to not recognize how far away we are [from AI]. Which is not to downplay our enormous advances. If you look at self-driving cars, particularly when Google announced in 2010 that it had a car running on well-mapped highways that was pretty darn good, that announcement came at a time when people said driving is one thing that computers could never take over because it’s all of these tacit skills and instinct and intuition built up. Even there I think we’re still further than most people think away from a fully automated vehicle. But nevertheless it if truly amazing what has happened.

CIO.com: If you listen to Google, Tesla and others the self-driving technology is far closer than the political reality. How far away are we from fully automated cars?

Carr: I think we can get up to 99 percent [of the technology necessary for fully autonomous vehicles] pretty quickly but is that going to be enough? I don’t think it is. Because driving has so many uncertainties. It seems to me that in order to get to the point of full automation you’re going to have all sorts of infrastructural changes. You’re going to have to deal with the fact that the automotive fleet is very long lasting. It takes many years to turn over the cars that people drive, which means you’re going to have fully automated vehicles, semi-automated vehicles and human-driven vehicles on the road at the same time and that becomes very, very complicated.

I think a lot of the visions of total automation assume that every vehicle will be automated and the entire driving infrastructure will not only be mapped in minute detail but will also be outfitted with the kind of sensors and transmitters and all of the networking infrastructure that we’re going to need. And it just seems to me that it will take a long time — decades. Having said that I think you can see areas where you can isolate automated vehicles. You can envision some kind of system where you automate long-haul trucking. And you can see a king of Google car serving as a taxi in certain situations. But I think this dream of everything being automated in the next 10 years is unrealistic. I could see all of these stages en route where different aspects become automated even if the whole system does not.

CIO.com: How do you see the role of the CIO evolving?

I see a dual role for CIOs now. As we move toward an era where you’re no longer in control of the IT, such as managing the data center your company runs on, you become the broker between all of the IT capabilities, both in-house and outside – and you become a strategic broker in figuring out how we should get the right mix of capabilities and where they should come from. And I think that you need smart people to do that in companies. The other is a more strategic role of figuring out where we should invest that in a way that will give us competitive distinguish us. That’s an important role whether that has to reside in a CIO-type role or it can move to other places in the company I think that’s always going to be a certain tension.