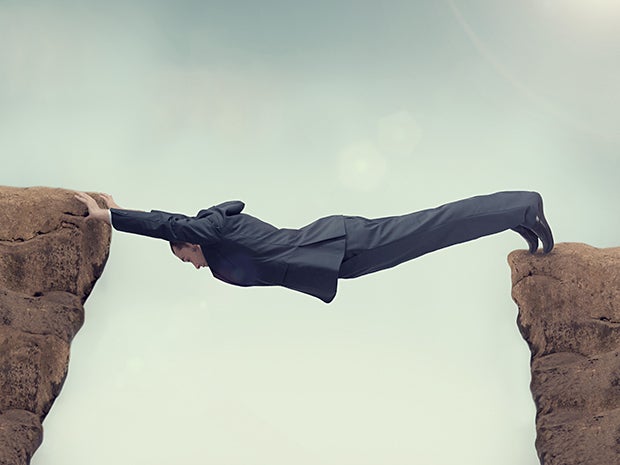 While unemployment remains low, underemployment is a severely underrated problem in today’s economy, and it’s contributing to the IT skills gap across the board, according to a new report from cloud compensation and benchmarking services provider PayScale.

The report, The War on the American Worker: The Underemployed, surveyed 962,956 U.S. workers between March 26, 2014 and March 26, 2016, and found that almost half, 46 percent, of workers feel they are underemployed, which PayScale defines as working part-time when you’d rather be working full-time, or not using your education and training in your current role.

“Unemployment has been steadily declining, and is especially low in IT, and that has been the focus of conversations around the labor market. But underemployment has been pretty steady, we’ve seen over the last few years, and it’s still a major problem in the employment market today,” Bardaro says.

[ Related story: How ‘citizen developers’ are closing the skills gap ]

Workin’ for a livin’

According to the survey, of those who consider themselves underemployed, 76 percent say it’s because they’re not using their education and/or training in their current role and 24 percent say it’s because they’re working part-time but want to work full-time. This is a problem not just for the workers, Bardaro says, but for companies who continue to struggle to find talent because of the skills gap.

“Part of the problem is that after the recession, companies could be quite choosy in who they hired. If they needed or wanted ten skills, they could hold out for a person who had exactly those skills and experience. And now there’s a reluctance to realize that the market has changed, and that there are wonderful candidates who’d be perfect with just a bit of training and some education,” Bardaro says.

The skills gap problem is almost entirely specific to the IT and STEM fields, where innovation happens rapidly and new technology emerges almost overnight, Bardaro says.

[ Related story: Stop your workers from quitting in their seats ]

“Keep in mind that the skills gap is present in very specific fields — high tech, big data, STEM — it’s not universally a global problem in all fields. While some of the issue may lie with employers being too picky, there’s also the matter of their not being a lot of candidates with relevant skills in emerging fields like big data, AI, biotech, for example,” Bardaro says.

Addressing the issue will require continued effort from candidates, who already are taking advantage of online classes, MOOCs, bootcamps and other opportunities to build their knowledge and skills, Bardaro says.

“One thing we always do when we talk to students thinking about entering college or post-graduate education is suggest that, even if they don’t want to major in STEM or in computer science or a similar field, take some courses in this area. So many jobs nowadays, regardless of the title or overall responsibilities, will have an aspect of STEM,” she says.

Educational institutions are working hard to offer up-to-the-minute skills and educational options so that students will be prepared for high-tech jobs with these hot skills.

The trickiest part, Bardaro says, will be getting employers to realize that they don’t have a choice but to accept candidates who might not be an exact fit for skills and experience, but that could be incredible in a role with some extra education and training.

“There certainly are employers out there who understand what’s going on, who are actively changing how they recruit and hire, and who are willing to put in more effort toward education and training to get people on board. But really, the employers had it so good for a while, and they are the toughest to change,” she says.