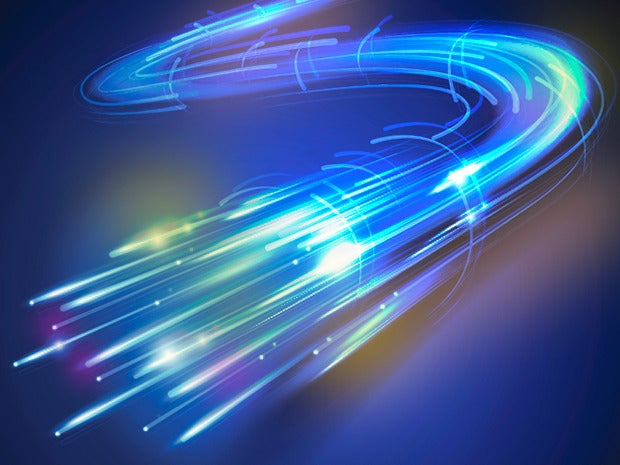 When you buy a new car, a sticker on the window tells you how many miles per gallon it gets. It’s not a perfect measure, but automakers can’t just make wildly-inflated mileage claims because the U.S. Department of Transportation checks the stickers. However, when ISPs make claims in advertisements about their upload or downloads speeds, consumers must take them on faith. And in many cases, those consumers won’t ever see the speeds they’re promised.

Case in point: Comcast, the ISP and cable giant, claims in ads that it delivers “the fastest internet in America” and the “fastest, most reliable in-home Wi-Fi.” But it doesn’t, according to the National Advertising Division (NAD), an industry watchdog group that this week urged Comcast to stop making false internet-speed claims.

Comcast’s bragging about its upload and download speeds is based on crowd-sourced data supplied by consumers who use the Ookla Speedtest application. But as NAD noted, the Ookla data was cherry-picked from the top 10 percent of each ISP’s download results, so it isn’t representative of the ISPs’ overall performance.

Comcast’s Wi-Fi claim is based on tests from November of 2014 and performed by Allion Test Labs, but NAD says Comcast did not tell consumers that the speeds it boasted in ads are only available if they use dual-band routers.

Comcast plans to contest NAD’s findings with the National Advertising Review Board.

The ad group began its investigation at the behest of Verizon, after Comcast targeted Verizon’s Fios broadband service in its ad campaign. Ironically, the advertising group slapped Verizon in June over claims that Fios “is rated No. 1 in internet speed.” Verizon said it “appreciates the panel’s guidance in this matter.”

By slapped, I mean NAD tapped Verizon gently on the wrist. The ad watch-dog group is part of the advertising industry’s system of self regulation, and it is administered by the Council of Better Business Bureaus. That may sound impressive, but the group has no teeth, and its recommendations are purely advisory. So both Comcast and Verizon have essentially ignored the findings.

Aside from the obvious caveat-emptor lesson here, you should beware the weasel-words embedded in ads when you choose a new ISP. Most of them promise speeds that are “up to” or “as high as” a particular threshold. For example, at the low-end of the spectrum, AT&T says it offers speeds of “up to 6 Mbps.” At a higher end, Comcast says it delivers speeds “up to 100 Mbps.”

By definition, almost any speed qualifies as being “up to” a particular point, and when many consumers complain about pokey download or upload speeds, they find that they don’t have a case. Consumers could complain to the U.S. FTC, which doesn’t resolve individual issues but will sometimes go after companies that receive widespread complaints.

The internet is one of the most crucial parts of the U.S. economy. The FCC now has the power to regulate ISPs, and it needs to put a stop to this nonsense.