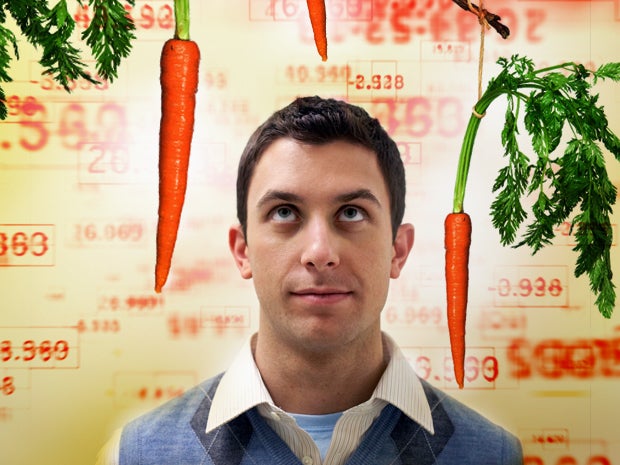 As a result, many developer surveys concentrate on the skills that are in demand, and the languages developers plan to learn. But a new survey of 1,400 developers called State of Stack attempts to gauge developers’ wants and needs. It was conducted by Netguru, an international software development company based in Poland, and Spanish online data collection startup Typeform and the results make interesting reading.

Not in it for the money

It’s no surprise to learn that developers like to earn money, but what is surprising is that money is not their prime motivating factor, according to the survey respondents. In fact, the overwhelming majority — 85 percent — said that working on an interesting project was more important than money.

That has important implications for companies looking to recruit developers to maintain existing applications and other less-than-glamourous tasks. But Adam Nowak, head of technology at Netguru, points out that it doesn’t mean that companies can get away with paying below the going rates for cutting-edge projects, or that they can get good people to work on dull tasks just by paying them a little bit more. “I think good developers get to some kind of level where there is always good money on the table,” he says. “After that the money is not as important as what they are working on and the people they are working with.”

The survey also revealed that almost 40 percent of the developers surveyed want to work from home. That’s important because although telecommuting is becoming increasingly accepted, there are still many large organizations that regard it as something that may be allowed occasionally, rather than as the rule.

“For many developers today, if they are not going to be allowed to work at home then that is actually a big issue,” says Nowak. He adds that companies that don’t allow telecommuting restrict themselves to recruiting from a far smaller pool of developers who are prepared to work in an office. By doing that they risk missing out on some of the best developer talent.

Nowak points out that there are plenty of tools available that enable managers to monitor the productivity of developers working at home to ensure they are putting in enough effort. And in any case monitoring may be unnecessary: The economic theory of “efficiency wages” holds that higher wages boost productivity, so paying home workers more than the going rate gives them greater incentive to work hard to keep their jobs.

Perks of the job

Aside from an interesting project to work on, preferably from home, what else can employers offer to attract the best developer talent? The survey found that almost 40 percent are looking for jobs that offer the right perks and benefits. “What we find is that developers want a training budget, and also an allowance to go to developer conferences,” says Nowak. “They also like things like gym membership, medical insurance and that kind of thing, but a conference allowance is the most important.”

[ Also on CIO.com: 5 companies that impress with employee benefits ]

But he warns developers to be wary of companies that offer too many perks. “Google famously offers free food, and even provides places where developers can go for a nap. But that’s because they want to build a kind of jail and force people to work all the time,” he says.

Although many of the most interesting projects to work on are at startups or small, nimble companies, 17 percent of the developers surveyed said they are attracted to big, well-known companies with powerful brands. That could include the likes of Google, but also more staid organizations like IBM. The explanation for this, Nowak believes, is that larger companies are more likely to offer valuable perks, but also that they are likely to have a large knowledgebase in the form of experienced software engineers that new hires can tap to help improve their skill sets.

When it comes to languages, the survey found that just 9 percent of developers had learned Java recently. Yet Java is one of the languages that is consistently in high demand. The TIOBE Index for July 2016 placed Java in the number one spot as the language most frequently entered as a search term in popular search engines, and developer research firm RedMonk ranked it at number 2 in its June 2016 rankings.

Why do so few developers want to learn Java when the job prospects for those with a knowledge of the language are so rosy?

It’s because developers want to work on interesting projects and Java programming is considered boring, explains Nowak. “It’s seen as too corporate, too enterprise. People would rather pick up Python or Ruby as the concepts are pretty much the same. Or they can have more fun with newer languages that have newer syntax and which are easier and faster. With these you don’t have to write a two page class definition as everything is done automatically.”

Perhaps the hottest area of coding right now is mobile app development, and if you are after experienced mobile developers, the survey has a somber warning: You’re not likely to find them even if you pander to developers’ wants.

That’s because the vast majority of mobile coders have relatively little experience. The survey found that almost 60 percent of mobile developers have worked on fewer than five apps that are now available on the App Store or Google Play, and 13 percent have never put an app on the market. Only 19 percent have delivered between 5 and 9 apps, and just 9 percent have worked on ten or more. (When it comes to wearables, almost two-thirds of developers surveyed haven’t yet built an app for those devices.)

Nowak also says that demand for mobile developers is so high that anyone with prior experience will find work relatively quickly. That means the competition for experienced developers will be intense.

Finally, if you’re still wondering why you should pay attention to surveys like this, consider that assembly language has just entered the TIOBE Index Top 10. Its position there is probably due to an increase in demand for programmers who can code small devices connected to the internet of things (IoT). But as the lowest of the low-level languages, assembly is about as far as you can get from the “easy, fun” newer languages.

That means that if you’re after assembly wizards you’re probably going to need to offer a solid salary, plenty of perks, telecommuting and a generous conference budget. It probably wouldn’t hurt to offer free lunches either.

Next read this: The 6 hottest new jobs in IT