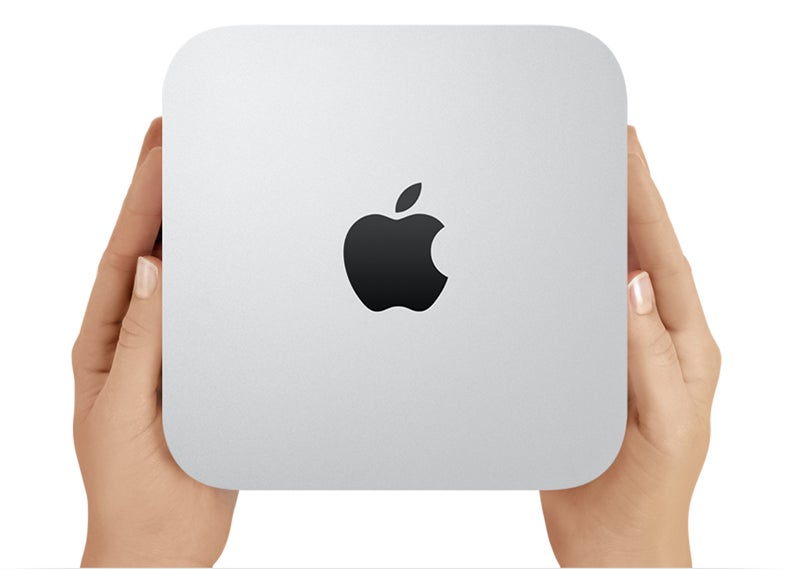 When the topic of Apple’s computers comes up, quite a lot of attention is given to the the company’s MacBook or iMac machines. While the iMac and MacBooks are fine computers, not everybody needs a laptop or an all-in-one desktop.

The Mac mini has been around for a long time, but for some reason it is still overshadowed by its better known siblings. That’s a shame because it can be a great alternative to MacBooks and iMacs for the right user.

Here’s a brief breakdown of the tech specs for each Mac mini:

Note that when you go to buy your Mac mini, you can opt to pay more for a faster processor, more RAM, or a larger hard disk or flash storage. So you do have some configuration options that will let you tweak the specs of your Mac mini.

The Mac mini versus the iMac

Many people who are in the market for a desktop Mac aren’t sure whether or not they should get an iMac. Fortunately Macworld UK has a very helpful comparison of the Mac mini and iMac that can you help you decide between the two:

In terms of specs, the iMac is a better deal than the Mac mini because it features more modern processors, more RAM, and better graphics. It also features an integrated monitor and comes with both a wireless keyboard and mouse. However, if you want an HDMI port, the Mac mini offers one.

We’d recommend the entry-level £399 Mac mini over the iMac if you’re looking for a budget no-thrills Mac, but beyond that it gets a bit murky.

If you are only considering the entry-level Mac mini, the price of the iMac is significantly higher. You could equip the cheaper Mac with a monitor, mouse and keyboard, and still have cash left over. There is no doubt that the Mac mini is the cheapest way to buy a Mac, however, it’s one of the lowest spec Mac ranges available.

There have been quite a few reviews of the Mac mini posted by prominent tech sites. So I’ve included links below so that you can see what reviewers have said about the Mac mini.

Expert Reviews: The Mac Mini 2014 is a good upgrade for what was already an excellent entry-level Mac

Tom’s Guide: An affordable and attractive OS X machine, though it sacrifices the upgradability of previous models.

Mashable: The latest Mac mini is low-priced, but doesn’t skimp on power

PCMag: Apple’s latest tiny desktop computer, the Mac mini, is in top form thanks to its excellent build quality, scads of connectivity options, good selection of preloaded software, and a really nice price.

Ars Technica: Not the Mac mini upgrade we were hoping for

And here are a couple of video reviews of the Mac mini:

What people are saying about the Mac mini

The Mac mini recently came up in a Reddit thread when a potential buyer wanted to know if it was worth buying.

I’ll leave you with a selection of comments from that thread that will give you an idea of how the Mac mini is regarded by Apple customers:

Mikeian: “My late 2007 iMac died a few months back and I haven’t replaced it yet. I have an iPad and get most of what I need done on that, but I do miss having a desktop for my music, movies, pictures, etc. I was thinking about getting a Mac mini because I can’t justify spending the money on a new iMac that I will only use a couple times a week.

Can anyone with a Mac mini let me know if they are worth it? Thanks!”

Lorenzojc: “I have a 2012 Mini, it’s definitely worth it. Quad core i7, dual hard drives (great for 1 SSD + 1 HDD), user-upgradable memory (16 GB). Can run all applications without a glitch, including heavier stuff like Premiere and DaVinci Resolve. For basic use you can get the dual i5 model for around 400–500$ already loaded with an SSD, throw in another 4 GB of mem and it will last you a long time.

Avoid the 2014 model though, that’s overpriced crap (5400 rpm drive, soldered memory, pretty much impossible to get your hands in, etc)”

Olekzap: “I have a 2014 2.8 Ghz. I swapped the 1 TB HD for a 500 GB SSD and left the 128 GB PCIe portion in there as well. Doing that made it plenty fast for any of my needs. Those mostly consist of storing TV shows on it to stream to the Apple TV, using remote desktop to work from home, and general browsing. It handles two monitors fine.

I do wish sometimes I had gone with a Macbook pro just because with two monitors on a desk it takes up a lot of space. Overall I’m happy with it though and expect it to last a long time. It replaced my macbook pro from college that lasted 7 years. ”

Shmoe: “I’ve had 2 – a late 2009 and now a current gen. I got a great deal on an i7 with 8GB of RAM on eBay that was still within its first year so I was able to slap AppleCare on it as well.

Love it – just make 8gb the bare minimum amount of RAM, go for 16gb if you can and you will future-proof yourself somewhat.”

You may miss the quality of the iMac screen if you go for a cheap monitor.

Here’s a thing about Minis–they hold their value better than any other Mac. Seriously, you can buy a new Mini for $499, and I see people routinely selling 4 year old ones with not amazing specs for $400.”

Machineglow: “Honestly, only get a mac mini if you absolutely need the smallest case possible, a near silent operation, and am too inexperienced or lazy to put work into buying anything else.

Otherwise, I would do some work and build a small hackintosh. You’ll get way more computer for the dollar spent.

Plus mac mini’s aren’t that cheap to begin with especially with all the later models having soldered ram and non-standard SSDs. Or take the mac mini money and buy a laptop.”

PrairieDog: “They are great little Macs! I have mine hooked up to my HDTV, with an Apple Bluetooth keyboard and mouse to drive it.

If you are looking at the 2014 models, you will certainly want to go with a SSD or maybe the Fusion Drive if you need lots of storage. The 2TB Fusion Dive is the best value as it marries a 128GB SSD with a 2TB HD, that’s the ideal Fusion Drive configuration. Keep in mind that RAM is no longer upgradable after purchase, so you might want to consider upgrading that when you buy. It will have to do for the life of the machine, so may as well max it out.

The Mac mini is still an ideal digital hub and makes a great media Mac. The HDMI out makes it ideal to hook up to HDTVs.”

Sziehr: “I use a current gen mac mini as a server. I got one off a guy in craigslist and i have been very pleased with its performance. I am sure if you toss a screen on it you could use it for light desktop work. The only truly limiting factor is the fact you can not upgrade the ram past the 4 gigs it comes with so keep that in mind when trolling around. I would not buy a new one i would however work at it and pick up a great copy used off eBay or CL. I hope that helps.

I also had the issue of an iMac 2011 that bit the dust and wanted the server functionality with out the head. I am migrating to all laptops. I was platform agnostic when i was hunting for a server, however i had to have thunderbolt for my array and the mac mini was the perfect price and fit for that need.”

Ignativs: “Despite all the hate towards the 2014 version, I have it and love it with a passion. I’m not new to Apple, since I own an iMac and a MacBook Air, so I’m aware about how other Apple machines feel like. I think the current version of the Mini is perfect for the kind of use you’re talking about.

My suggestion is to buy the HDD version. Later, if you want to upgrade it, buy a SSD elsewhere and install it yourself, it really makes a difference. I’m not hardware savvy at all and it was pretty easy following an internet tutorial.”

Tgma99: “A colleague at work gave me a Mac Mini that he wasn’t using, so I could have a Mac desktop. I was using an Airbook with an external monitor before that. I have an iMac at home. I love the Mac Mini and when the iMac dies I will get one at home.

The real kicker is that it has an HDMI output, so when we went on holiday, I took the Mini and used it for some work stuff, although 75% of my work can be done on an iPad. The main thing I need the Mini for is Boot Camp and Microsoft office stuff.

The attraction is that it’s cheaper and I can just get a decent monitor that will still be there when I trade in the mini. Oh, and the monitor won’t crap out with “dust” like my iMacs did.”