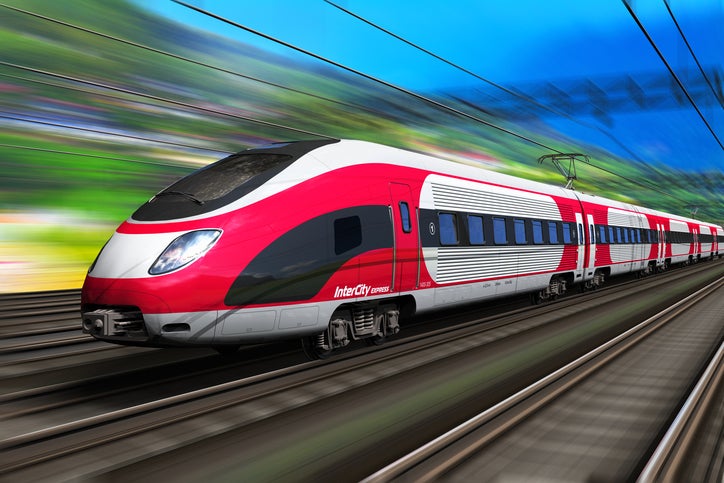 For years, analytics specialist Teradata has been helping companies like Union Pacific Railroad make sense of sensor data and to integrate that data with its business processes. But that was just the tip of the iceberg. Chad Meley, vice president of Marketing at Teradata, says today’s internet of things (IoT) innovations are poised to rewrite the playbook in manufacturing, transportation, mining, energy and utilities.

“We really see IoT being at a tipping point,” Meley says.

[ Also on CIO.com: Don’t rush your company into an IoT app platform ]

The 154-year-old Union Pacific Railroad company is the largest railroad network in the U.S., operating 8,500 locomotives hauling freight over 32,100 route-miles of track in 23 states. With that many trains running over that much track, derailments are more or less inevitable. They can cost between $20 million and $40 million in damages.

For more than a decade, Teradata has helped Union Pacific equip sensors that listen to the sounds a train’s wheels make going over the tracks. Other sensors measure the temperature of wheels’ bearings. The sensors deliver more than 20 million sensor readings daily.

“They could detect an imminent problem,” Meley says. “Maybe a wheel exceeded a threshold in terms of heat. They could determine that in the next hour, it’s going to derail.”

Those sorts of warnings reduced derailments, Meley says, but didn’t eliminate them entirely. And with only about an hour of lead time, the company was still losing a massive amount of revenue every time a train was pulled. Even a delay of just a couple of hours could have repercussions for customer commitments up and down the line.

“When your predictive models are trying to guess something immediately before it happens, it’s not going to be the best model,” Meley says. “You’re still going to have derailments.”

Modern predictive analytics can ingest and process the streaming data much more rapidly and efficiently. Meley says Union Pacific can now predict a derailment with a high degree of confidence more than a week out, which has cut bearing-related derailments by 75 percent and allowed it to adjust maintenance schedules to reduce maintenance-related delays.

In Spain, Teradata has helped Siemens deliver high-speed trains that have made the route between Madrid and Barcelona hyper-reliable. Renfe, the Spanish national railway company, was under pressure to increase profitability on its Alta Velocidad Espanola (AVE) high-speed rail between the two cities.

“They wanted to increase the profitability of that route,” Meley says. “But business travelers preferred to fly because there was a greater likelihood they would get to their meetings on time.”

With Teradata’s help, Siemens was able to leverage sensor data to optimize preventative maintenance for the trains. The effort was so effective at making the route reliable that Renfe was able to give travelers a guarantee that if their train was delayed by more than 15 minutes, it would pay back the whole ticket.

“They were able to capture a huge chunk of the segment that was originally flying as a result of this super-reliable route,” Meley says.

Of course, the opportunity doesn’t lie with just trains. Manufacturing equipment, oil and gas pipelines, truck fleets, even server farms and retail floors represent massive opportunities. PwC forecasts the digital universe will consist of 21 billion connected “things” by 2020. Data volumes generated by the IoT already dwarf the data created by social media, and that machine data will continue to grow. Teradata says companies are going to need guidance to generate business value from the enormous volumes of IoT sensor data to come.

That’s the role the company sees for itself, Meley says. Its new Analytics of Things Accelerators (AoTA) are derived from its IoT field engagements in manufacturing, transportation, mining, energy and utilities. Meley says the new AoTA will help organizations determine what sensor data to trust and keep, while choosing types and combinations of analytical techniques to best address specific business questions. The idea is to move away from “brute force” one-off projects to enterprise-class solutions that can scale across thousands of complex devices and assets, resulting in continuous positive business impact.

The new Teradata AoTAs are the following:

“Teradata AoTAs are already addressing and resolving $100 million problems for premier producers of vehicles, equipment, oil and gas systems and consumer goods,” Oliver Ratzesberger, executive vice president and chief product officer at Teradata, said in a statement Wednesday. “These challenges represent billion-dollar budgets for each company, to be clear on the scale of business value addressed by AoTA. For example, our AOTAs have increased Overall Equipment Effectiveness as much as 85 percent, while also improving predictability and asset availability. We are seeing a lot of excitement around our accelerators, because the return on investment is transformational in scope and compelling in business impact.”