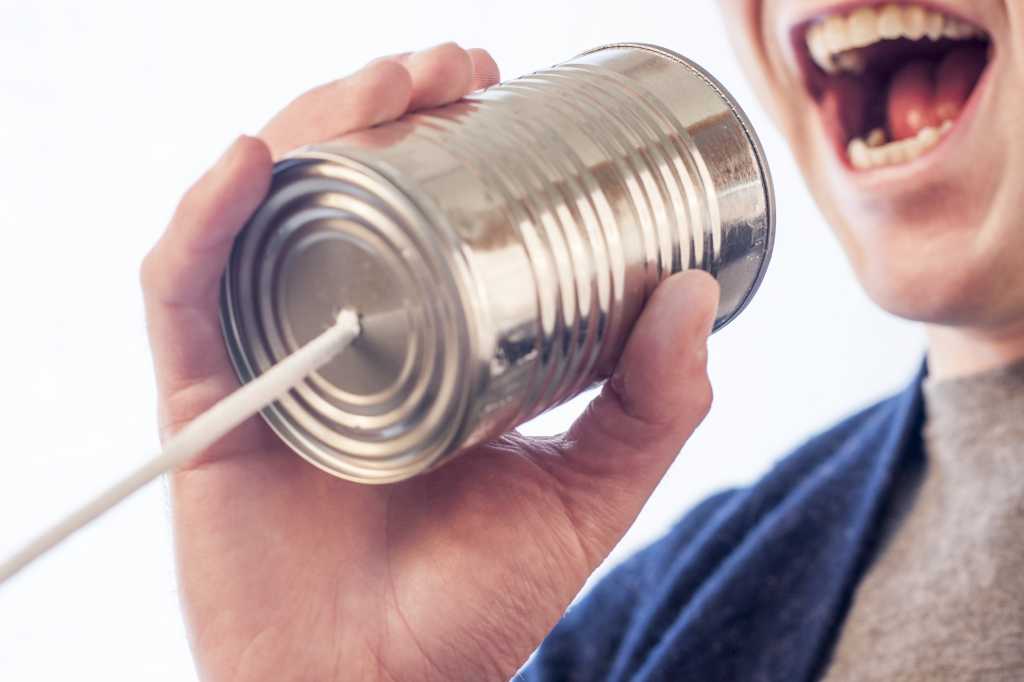 Listening is a vital behavior for CIOs today. As I’ve blogged before, the relationship between IT and the business is changing with a focus on greater alignment. A CIO’s ability to forge new connections is vital to solving problems in a quickly moving technology-enabled workplace. And the communication skills a CIO demonstrates help the IT team understand the value of thinking in a more connected way with the business. This is crucial because business stakeholders — who have the funding purse these days — are tired of IT telling them what technologies to use.

Instead of IT telling them up front which technologies will meet their needs, they prefer that the IT team listen to them about the technology that they believe will support their needs and deliver value.

Let me share some examples of the effective CIO communication skills I’ve observed. We’ll look at each from the perspective of the enterprise objective.

Looking for better ways to serve its customers, a global manufacturing company decided to build an online portal so that customers and engineers could more efficiently communicate with each other and access the most up-to-date information during the maintenance phase of products.

The CIO listened to the engineers and recognized the technology solution could deliver even more value by enabling them to integrate information. This had a great impact on collaboration among the engineers located around the world. Another key aspect is that it demonstrated the firm’s commitment to building internal and external relationships.

As I mentioned earlier, business stakeholders these days want to make their own decisions about what technologies to use and don’t want to collaborate up front with IT. At a multinational enterprise dealing with the IT challenges of an acquisition and system upgrades, the CEO wanted IT to also move quickly on implementing a social collaboration solution. As the CIO related to me, he listened to the CEO and agreed to do a proof of concept on a particular solution.

But the pilot solution went viral among the business users before the company had policies in place for the pilot and before the CIO had assessed whether it was resilient, cost-effective, compliant and scalable enterprise-wide.

The CIO listened to the business users about the solution’s power to deepen collaboration. Since it was going viral, it would have to be implemented quickly. Despite the acquisition and upgrades projects consuming the IT team, the CIO moved quickly from the small pilot to build on that power and deliver a big impact. He also recognized the pilot project was an opportunity to forge an effective partnership between IT and the business users going forward.

I’ve blogged before about CIOs needing to crack the code on user behaviors and needs. With new technologies emerging very quickly these days, the importance of the user experience can’t be overemphasized. Many IT teams deploy technology in a way that ends up with low user adoption and eventual failure. Instead, this CIO listened to users about the power of the technology. By listening, he bolstered adoption success by deploying technology in a manner that shaped the users’ behaviors and at the same time achieved the desired results.

I spoke with a CIO involved in cost-cutting strategies during the global financial crisis a few years ago. She was tasked with implementing a solution that would save the company money without negatively affecting its ability to produce quality work. Significant workforce reduction was not to be part of the solution.

She chose a print management solution. At the time, the company had many disparate printers throughout its locations in the United States. It’s important to note that the CIO didn’t just put the technology in place. She went further and listened to her team after they studied business users’ behaviors.

As a result of her listening, she drove the solution to include features that eliminate waste due to users’ print abandonment. She also leveraged multi-person print devices with follow-me printing functionality and changed the printer defaults to black and white and double-sided prints — a small action that made a big impact in cost savings. The solution successfully saved several million dollars a year.

Anytime a CIO introduces something new and different, there are unanticipated factors and unintended consequences of change. And there is usually resistance to change.

A CIO shared with me the experience of an enterprise that wanted to implement mobility back when mobile was a very disruptive technology and fraught with resistance. I’ve blogged before about M2M (many months and millions of dollars) IT projects. The CIO’s idea was to avoid M2M and approach mobility with a small initiative — timesheets on mobile devices.

The CIO listened and paid attention to users’ needs, recognizing that by nailing down user delight, it would lay a foundation for a framework for taking more applications mobile. Mobile timesheets are not a complicated idea, and the initiative didn’t cost much. It ended up driving a lot of value and user satisfaction, plus credibility for the CIO in driving support for other projects.

Each of the above examples demonstrates the value that can arise from a CIO listening to the business stakeholders and users. Yes, IT and the business have different approaches, but neither is right or wrong. What is needed is a new approach and communication between the two that deepens how to use technology to achieve faster time to impact. CIOs that create relationships between IT and the business can make a real difference in the way IT services are delivered to business users and in the value delivered.