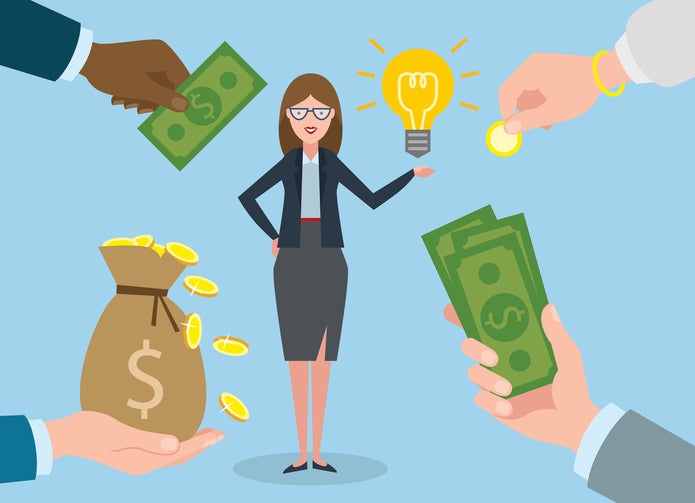 Crowdfunding sites like Kickstarter and Indiegogo have been a boon to startups and business owners looking to raise money, and interest, for new products. Kickstarter alone has raised over $2.5 billion for more than 110,000 projects from over 11.3 million backers – and Indiegogo isn’t far behind.

But as anyone who has tried crowdfunding will tell you, for every successful campaign there are many that miss the mark.

So what steps can you take to help insure your Kickstarter or Indiegogo project is a success, even after the campaign ends? Following are 10 tips from crowdfunding experts.

“Before you launch your [project] page, do some research to find what audiences will be most receptive to your category,” says David M. Burrows, cofounder, Martin+Michael Agency. “Are they gamers? Developers? Tiny house fanatics? Stay at home moms?  Find out who your project’s audience and users will be and target them in advance via bloggers, social media and [media outreach].”

“Make a really fantastic Kickstarter [or Indiegogo] video that distills down your core message – why should your audience care about your Kickstarter?” says Lindsey Handley, COO, ThoughtSTEM, whose most recent, most successful Kickstarter campaign, for an educational video game, CodeSpells, raised $164,000.

“People like to invest in stories,” says Heather McCarthy of Someone Special Uniquely Personalized Books, which ran a Kickstarter campaign with a goal of $15,000 and raised $18,785. So don’t make a boring product video. Instead, tell a story, and have the founder or creator appear in the video, to give it a more personal or authentic feel. Also, “keep videos short and to the point. Videos that are too long should be broken into multiple videos,” she says.

“We spent a great amount of time putting a video together: story boarding, working with a director and filming a full day with professional cameramen and equipment,” says Garrett Gustafson, founder, edlee, which makes bamboo and wood sunglasses. “We were able to call in a lot of favors to get it done for a relatively inexpensive price,” and it was well worth it, he reports. The project raised $50,000 in just five weeks.

“The most successful campaigns all have one thing in common: a professional, well thought-out profile page outlining specifically what they are attempting to accomplish, why they need help and why it’s going to be hit,” says Burrows. “The elements include a brief but compelling pitch video, pictures and or drawings of the thing you’re crowdfunding [and] good copy that tells a story.”

4. Remember a picture is worth 1,000 words – and thousands of dollars

“People are wary of … paying in advance for a product that isn’t even in production yet,” says Avi Goldstein, CEO, StatGear, which sells rescue and survival gear. “Provide as many close-up and lifestyle images as possible so people will really understand what you’ve made and include drawings identifying the exact specs and details.”

“If you think your product will take four months to produce and ship to your backers, then leave room for the unexpected and put five months down as the expected ship date,” Goldstein says. “No one enjoys getting a reward shipped late, but they’ll love receiving one early.”

6. Ensure your manufacturing and shipping processes are watertight

“So many funded projects come unstuck when problems with shipping or manufacturing delay the process,” says David Kiriakidis, digital marketing executive, Fleximize, which provides flexible business loans. By ensuring that your fulfillment process is nailed down before launch, “you’ll be rewarded with an engaged customer base, and, even better, [happy customers and] referrals.”

7. Promote your project like crazy – before, during and after your launch

“Crowdfunding promotion is the catalyst that [can] make the difference between success and failure,” says Howard Sherman, managing member, CrowdFundBuzz.  “You can get everything right – the perfect product at the perfect price coupled with a Hollywood-quality pitch video and all kinds of guarantees of delivering on time – but all of that is irrelevant if nobody knows your campaign exists.

“Crowdfunders need to ditch the ‘build it and they will come’ mentality,” he says. “Nobody can come to your Kickstarter or Indiegogo if they have no way of knowing it exists.”

“It’s imperative to have a strategy that can activate as many networks as possible prior to the campaign’s launch to help drive sales,” says Neil D’Souza, CEO, Mass Fidelity, which raised over $1.5 million during its crowdfunding campaign for its wireless speaker, The Core. “Ask friends and family to commit to purchase the product on Day 1; showcase the product to the media under embargo so their articles drive traffic to the campaign in the first week; and tease the launch [on your] social networks in order to excite your following.”

“Crowdfunding success on day 1 largely depends on building a robust email list,” says Gabe Grifoni, cofounder & CEO, Rufus Labs, whose Rufus Cuff, a hands-free, wearable device, raised nearly half a million dollars through Indiegogo. “Drive your target consumer to a simple product landing page using Facebook, Instagram and Google Ads to educate your audience and encourage them to sign up for news about your campaign. Email lists statistically have the highest conversion rates, 3 to 5 percent, so the bigger the list, the bigger the launch day contributions.”

8. Work on your campaign regularly, even after it’s concluded

“From answering questions to replying to comments to posting updates and adding additional content (media, stretch goals, etc.), serious crowdfunders cultivate their crowdfunding campaign every single day in the same way and for the same reason a farmer works his land,” says Sherman.

“Since many hardware crowdfunding projects in the past few years turned into vaporware, turning off backers, we wanted to be very transparent about the risks and our progress,” says Anthony Pu, founding partner & CRO, Mighty, a music streaming device. “Backers appreciate transparency. We were also extremely responsive to comments and messages, which backers also appreciate. Even to the rude, negative comments, we remained professional and positive in our responses. After the campaign ended, we’ve continued to update our backers at least once a month to keep them excited and in the loop on our progress.”

9. Create stretch goals, but make sure they are doable

“Because Kickstarter projects don’t just stop when they hit their goal, it is vital to prepare for your goal being exceeded,” says Kiriakidis. “Create [or at least think about] stretch goals beforehand, which will enable you to keep your existing backers (and potential backers) interested once your target has been reached.”

“A big mistake we saw in the past were projects hitting goals and offering unattainable stretch goals,” says Pu. “While we wanted to do really cool stuff, we were realistic and made sure the stretch goal we announced was possible and cost effective. Instead of adding crazy features, we added a second color wave, which people had been requesting and was not a huge cost for us,” he adds. “Our backers were happy with the announcement and we hit our stretch goal and will be able to fulfill it.”

10. Extend your campaign via Indiegogo InDemand

“We decided to extend our campaign via Indiegogo InDemand to satiate the appetite of early adopters who loved our product, but didn’t have a chance to back Bagel Labs during our Kickstarter initiative,” said Soohong Park, CEO of Bagel Labs. “Prior to launching on Indiegogo InDemand, we received several messages from customers asking where they could buy a Bagel [billed as ‘the world’s smartest tape measure’] since they missed the chance to donate on Kickstarter. We wanted to leverage Indiegogo’s community pool to meet the needs of as many consumers as possible in a short period of time.”