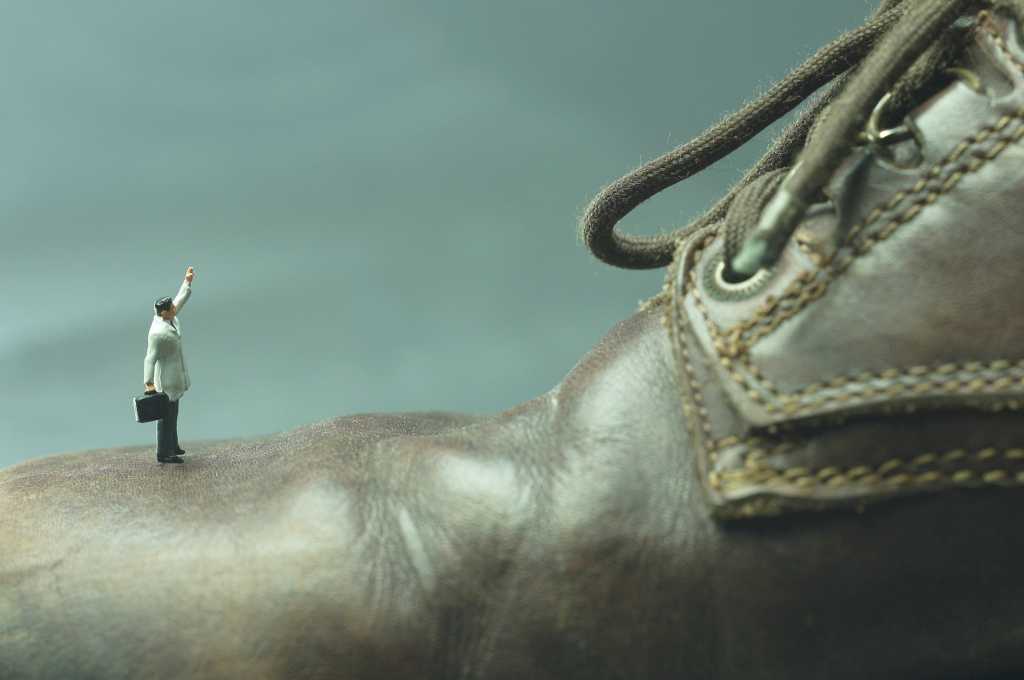 Scientists call it the “Underdog Effect” and commoners know it as the story of David and Goliath. Human history is replete with stories in which the little guy beats the big bad guy — these feature in literature, arts, religion, film and politics. Underdogs have always been loved, and their achievements seem fantastic in the face of seemingly insurmountable difficulties.

In the big bad world of business, there have been countless underdog stories, where scrappy startups with limited resources have taken on multinational Goliaths and have gone on to achieve stupendous success.

Case in point: Google and Apple. Regardless of the fact that both companies are market-dominating giants today, they still leverage their histories as scrappy startups.

In her landmark research paper “The Underdog Effect — the Marketing of Disadvantage and Determination Through Brand Biography,” Neeru Paharia says that customers have a bias toward companies that have underdog biographies, even if they’re now big companies. Her paper dissects human psychology to present three compelling reasons for our love of underdogs: external disadvantage, passion and determination, and individualist culture.

People identify with underdog narratives because they’ve had failures in their own lives. If it were up to us, we would successfully tackle every challenge we face in life. And yet life isn’t fair, and each one of us feels disadvantaged at one time or another.

The story of how Steve Jobs and Steve Wozniak founded Apple is the perfect amalgam of how underdogs persisted and created a successful company in the face of external disadvantage. When Jobs wanted money for his venture, a bank refused a loan. And Atari, where Jobs worked, wanted cash for the components it sold to him.

When consumers are led to believe that the company succeeded against numerous external disadvantages, they identify with the company’s disadvantaged position and root for it.

The self-congruity hypothesis suggests that people will desire and choose brands that reflect their self-concepts. And since more people consider themselves to be underdogs, they will have more affinity toward an underdog brand.

Underdogs usually have fewer resources and privileges, but that doesn’t stop them from competing against the top dogs. Their disadvantaged position does not deter them, and they compensate for it with perseverance and determination.

Again Apple’s story reinforces the importance of this factor. When Apple made the Apple 1, its first computer, it was up against the likes of Xerox, a veritable behemoth, whose concept was taken by Jobs and Wozniak to create their own personal computer.

Also, Apple had taken up arms against another giant in the making, Microsoft, with whom Apple had a bitter legal battle. But Apple didn’t take it lying down and came up trumps.

Another major reason for our love for the underdog is our “individualist” attitude. For Americans, and many other western civilizations, achieving something comes from pushing oneself ahead of others. American culture and history are full of underdog achievers around which the typical “American Dream” is built.

In folklore (read, popular media), an American always considers himself as “standing alone, not expecting anything from anybody, and imagining that his destiny is in his hands.” The importance of the underdog narrative to American culture is probably the biggest reason why it is so attractive to us.

The success of ‘underdog brand biographies’

Today, more and more companies are authoring their own underdog narratives and aren’t waiting for the customers to infer their underdog status. Marketing campaigns, website content, blogs etc. are used to communicate this narrative to customers.

These narratives emphasize the humble beginnings of the company and the perseverance, dedication and fortitude of its founders against prevailing disadvantages. Such stories can elicit a range of consumer feelings like the identification of authenticity and heritage.

The advent and popularity of social media has only made this dissemination easy for companies. Being an underdog brand, as Paharia notes, is more a “matter of consumer perception rather than a market reality.”

“Underdog biographies do have a positive impact on buying intentions of customers. It is not how the marketers perceive their audience — educated, living in above-average socio-economic conditions — but the internal selves that the consumers create for themselves that help them connect to the underdog narrative of the brand,” says Wenjie Li, CEO of Firmoo, an online optical store, itself an underdog in a world of Ray Bans and Warby Parkers.

Consumers are smart. They can see the truth behind the rhetoric. They can intuitively identify true underdogs in business. And when they do, if the brand’s values resonate with theirs, they become loyal followers.

To be loved and respected, an underdog cannot simply rest on its underdog label (hello, Google). It has to create innovative products or services that can compete with existing industry offerings.

Successful underdog companies will not compete on features. They will compete by creating products that align with your perception and personal definition of a better product. We all love underdogs!