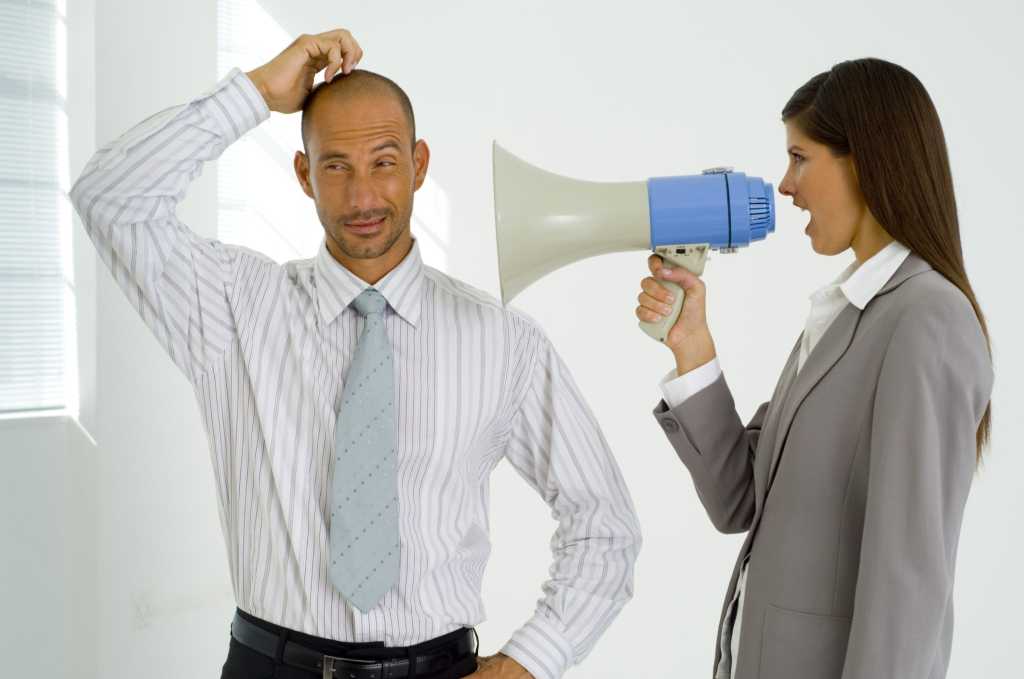 Feedback is an essential part of all communication. Simply put, it is a response that you make to something that you observe or hear. In a conversation or a discussion, it occurs when you speak. One person will offer an opinion or observation, and then you will offer yours.

There are occasions however, where a response needs to be made that is removed from the situation that demands it; that is without the context to frame your remarks. Performance appraisals are a classic example of this. The standard of individual performance over 6 or 12 months is reported back to the individual at a time that is distinct from when that person did the work.

Whether you are giving feedback in the moment, or during a structured review process there will be times when you have to deliver a message that your colleague doesn’t want to hear. This does not make the task of doing so any easier when the time comes. That’s because neither one of you wants to have “that” conversation.

So the question is, how can you give feedback in a way that ensures the message is both heard and acted upon?

Here are a few ideas.

This may seem obvious. However far too many managers are simply rushing from one meeting to another, grabbing the agenda (if they have one) and looking at their notes as they walk through the door.

The problem is that you can’t overlook the emotions involved, yours and theirs. You need to deliver your message calmly and clearly, and to respond to the behavior of the other person in the meetings appropriately, no matter what that person does. In other words, you have to be able to hold it together.

Let’s face it. It’s comparatively easy to tell someone that they made a mistake and as a result won’t receive the promotion they had hoped for if the person on the other side of your desk willingly acknowledges it and accepts your decision without any disagreement. You both heave a huge sigh of relief when the meeting is over and move onto other things.

What’s challenging is when the person comes off his or her seat, shouts and threatens in menacing language, or who does the opposite — breaks down and sobs uncontrollably.

You must plan for how you will cope with these extremes. It’s worth getting some professional guidance for these scenarios. This is for three reasons. One is that this probably won’t be the first time you have to have do it. The second is that you want to help, rather than to hinder, the person that you’re talking to; and the third is that even where such meetings are private, others will be “watching.” They’ll all be interested to know how you handled it. They could be next.

2. Be willing to listen

Listening means to give the other person the same respect for what they have to say as you expect them to give you. More wouldn’t be inappropriate.

A good way to listen is to start off the meeting by discussing what happened. To discuss means that more than one of you is talking. It rules out you lecturing, talking at, or “briefing” the other person. So you could ask the other person for his or her version of events, and then ask questions to get to the heart of the matter, for example.

While you don’t want more time to elapse between when the need arises for any feedback and when you actually give it, you also don’t want to rush into it, especially if you have a tough message to deliver. You’ll only have one chance to do it right. Make sure that it works well for both of you.

The right time will depend on the severity of the feedback. Where possible, you want to give it as close as possible to the actual event that triggered the need for feedback. The goal is to correct the problem; not to inflict pain on the person who is guilty of it. In fact, you’ll increase the chances of successfully fixing the problem if you make this your rule of thumb.

The right time also needs to be when others are unaware that that’s what is happening. Public shaming is never a great option when it comes to delivering feedback. Instead, use the privacy of your office, or another meeting room, away from gossip and spectators.

The right place doesn’t need to be in your office. Maybe it’s in a coffee shop. Maybe it’s on the job, out of earshot of other workers, or at the place where the problem occurred.

If your office is the right place, then you still want to keep it as informal as possible. If you can get your point across by sitting on the same side of the desk as your subordinate as you would by sitting behind it, then choose the former. The added authority of a desk between you can make things seem bigger than they are while making the person feel unnecessarily incompetent.

5. Aim to make the meeting a win-win

There’s an art to meting out any form of tough feedback. Most people, especially at work, don’t handle it very well. That’s because they don’t understand how to use their authority. We sometimes say that it has “gone to their heads.”

Even if both you and the person you need to talk to “know” in advance that the meeting could be unpleasant, you should strive to make it as positive as possible. It will make both of you feel a lot better about the situation and whatever may follow.

Both of you will have to live with what you will experience together for the rest of your working lives together. If it’s handled well, then you will learn valuable lessons. You may even forget the unpleasantness of it altogether. But if you botch it up, it will come back to haunt you again and again. You may never escape the guilt you feel, especially if the circumstances in the life of the person who correct, reprimand or discipline become much worse as a result.