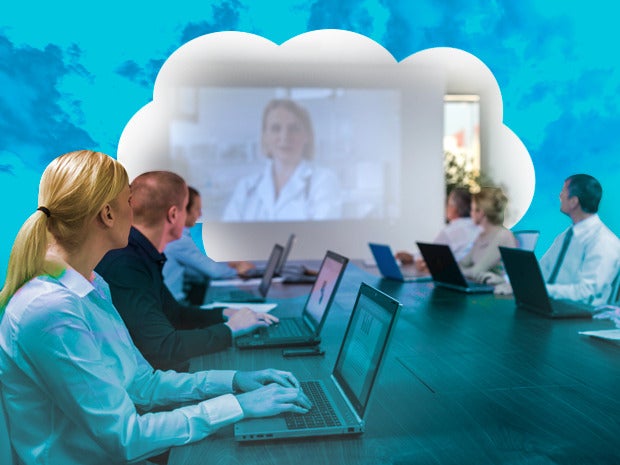 Industry giants Cisco, Huawei and Microsoft are participating in the video conferencing space, but they’re taking more of a systems approach to it versus an API approach. A much smaller company, Vidyo, is one of the leaders in open, scalable video collaboration, and it has scored major wins in healthcare, banking and defense. It’s also is experiencing solid traction with its broadly deployed embedded real-time video communications platform. Twilio is in the API space, as well, but it’s more focused on voice and messaging. I’ve been researching and writing about Vidyo for a while now — they’ve been at the forefront of the video resurgence, and they recently announced Vidyo.io, their own video PaaS platform. Vidyo.io is a great example of where the market is evolving and why it will grow so much. I have or have had many clients who operate in the video space, and Vidyo is one of them, so it may seem like I am just patting them on the back. But I know a lot about them and their space.

(Author’s disclosure: Cisco Systems, Huawei and Vidyo, all mentioned in this post, have been or are current clients of Moor Insights & Strategy.)

Video PaaS market about to explode

Though the Video PaaS market is currently sitting at around $44 million today according to IDC, the company predicts it will explode to over $1.7 billion by 2020. In other words, video is suddenly hot again.

I compete with IDC and don’t always agree with IDC’s forecasts, so I can’t vouch for that exact number. But I do believe massive, I mean massive, growth will come from the enablement of developers to quickly embed real-time video into any app, and deploy at web scale. Think of moving video out of the conference room, and into contact center, field services, sales or marketing automation apps, business processes or Electronic Health Record (EHR) workflows, to IoT devices such as ATMs, kiosks, robots, smart glasses and drones.

The market for open video has evolved and we can segment it into three “stages.”

In “Stage 1,” an enterprise or app vendor custom hand-codes video into their app and service in tight collaboration with a video vendor. Many times the video vendor is doing the coding and is on-site of the customer.

“Stage 3” is the most advanced and is where we are today. It’s where the enterprise or app vendor uses the video vendor’s simple API and cloud service without interaction with the video vendor, other than swiping a credit card. The API is simple to use and well-documented.

Vidyo.io is a Stage 3 platform

Vidyo.io is a good example of this Stage 3 capability, and I think its ease of deployment and pay-as-you-grow approach could make it popular in this rapidly growing market. Vidyo claims their APIs will allow developers to add multi-party video into their apps in a matter of minutes. The platform connects through NAT firewalls and proxies, and ensures secure communications through the use of industry standard protocols (SRTP, TLS and HTTPS).

One of the major selling points of the platform, in my opinion, is that Vidyo.io has the ability to automatically adjust video streams and resolutions depending on how strong or weak your internet connection is. Anyone who has ever made a video call has probably had a video call dropped before due to poor connection. If Vidyo.io works as intended, this should dramatically reduce that problem. I can personally attest to the quality of the video over poor network conditions. There are good reasons that even Google has licensed Vidyo technology. High quality, scalable video isn’t easy.

Vidyo has a proven track record

Part of the reason I think Vidyo.io is likely to be a success in the video PaaS space is that it already has a good, proven track record across several vertical fields of banking, healthcare and defense. This isn’t the company’s first rodeo. It previously made its mark on telehealth (read more here). Its videoconferencing platform powers a healthcare app that has been No. 1 on the App Store for the past two years. Vidyo also video-enabled the largest EHR (electronic health records) systems, and provided access to telemedicine to over 50 million people worldwide.

In video banking, Vidyo currently boasts six out of the 25 largest banks in the world as their clients, as well as five clients who are the largest banks in their respective home countries. In a different realm, Vidyo scored a big win over their big competitors to land one of their biggest name clients: The U.S. Department of Defense (DoD), which I wrote more about here. The DoD is now at full operational capability with its own custom VidyoWorks-based solution, which supports the 4.3 million active military personnel around the world. All these gains point towards a company with a good product and a successful strategy.

The introduction of Vidyo.io is well-timed to take advantage of the impending video PaaS craze, and I believe we’re likely to see the company do in this new space what it already did in other fields. I’m not going to say that every single thing they touch turns to gold, and or that won’t be a challenge. However, their previous successes in the fields of telehealth, defense, and banking are encouraging.

The company has become a leader and visionary in its field and is doing well in a world of Cisco, Huawei and Microsoft. I think Vidyo is a good company to look to when forecasting where the video market is headed next. I’ll continue to monitor them as Vidyo.io rolls out, but I’d say it’s looking promising so far.