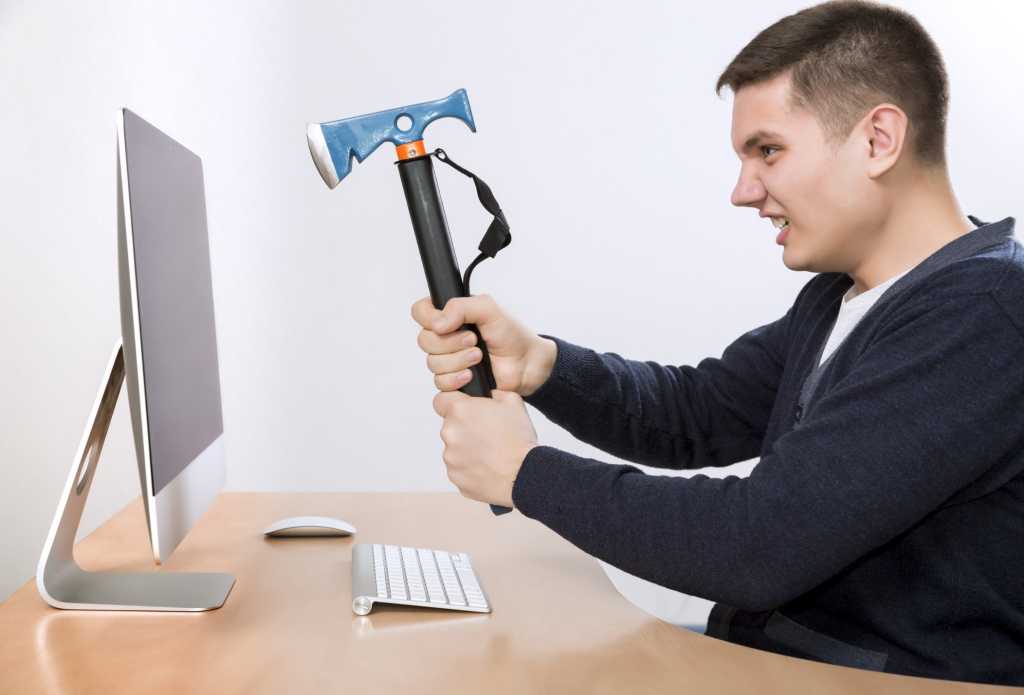 Every company is an IT company these days, but some organizations seem to squeeze more value out of their IT departments than others. What’s the secret? Simon Chapleau, CEO and founder of management consulting and user satisfaction survey software company Green Elephant, wanted to find out. Chapleau’s team used its PÜLS software, which delivers monthly user satisfaction surveys, to poll nearly 100,000 IT users globally, at all levels of responsibility, to find out what their biggest IT complaints were, and how businesses could address them to derive more value. The results were published in Green Elephant’s IT User Satisfaction Annual Report. It turns out, getting back to basics is the key.

“What we wanted to do was emphasize that, to bring greater business value from IT, you have to take user satisfaction and your users’ needs into consideration, first and foremost. It’s about trust and being able to meet basic user needs; if your users’ basic needs aren’t being met, they won’t trust you to introduce new, cutting-edge and innovative technology, and they won’t use it,” Chapleau says. Here are the top four things users hate about IT, and how to fix them.

The number-1 gripe users have with IT is with hardware, according to the survey results. While a company’s IT department is, theoretically, about so much more than just computers and hardware, in practice, users spend on average five and a half hours a day at their machine, according to U.S. Bureau of Labor Statistics data, and so to them, it’s everything, Chapleau says.

“The majority of users, 55 percent, say they’re not happy with their basic work computer. The performance, the reliability — users say their company-issued equipment just isn’t meeting their needs. This really bothers me, because most companies will say they don’t have the budget to improve this, and that’s a poor excuse for continuing to make this mistake,” Chapleau says.

Most organizations allocate about $15,000 per user per year in their IT budgets; most are on a three- to four-year hardware refresh cycle, which Chapleau says is too long. The cost of a new, faster, more reliable and modern computer makes up about 1 percent of that total budget, which is an expense most organizations could easily absorb.

“Having a bad work computer just ruins the entire experience. Why do companies keep making this mistake? Most could easily double the amount they’re spending on this most basic of needs and easily absorb the cost when increased productivity, user satisfaction and engagement gains are factored in. Or you could shorten your refresh cycle so your users are getting new equipment more frequently — again, it is so basic, and so simple to address, and the benefits are incredible,” Chapleau says.

That satisfaction and greater productivity can spread quickly, and help increase trust in IT as well as speed adoption of cutting-edge, innovative technology that could create a competitive advantage, Chapleau says. But you’ll never get there if your users don’t even trust you to provide them with decent, high-functioning equipment.

“Part of your brand as a CIO is dependent on organizational trust — and everything you do builds on or erodes that trust. Users think, ‘If I can’t even get my basic computer to work, how can I trust that your more complex technology solutions are going to be beneficial? This new BI solution sounds great, but my computer is so slow and old, I’m not going to use it, I’m not going to even try,'” Chapleau says.

For CIOs, mobile devices are a real annoyance, whether they’re company-issued or if there’s a bring-your-own-device (BYOD) policy in place. The Green Elephant survey showed that 64 percent of respondents are unhappy with IT’s management (or lack thereof) of their mobile device, because neither approach allows users the functionality and flexibility they need, Chapleau says.

“If you have a company-issued phone, that’s a hassle, because often you can’t use your ‘personal’ apps or functions on that for security reasons. Even where organizations allow for BYOD, they tend to take a ‘laissez faire’ approach and say, ‘Okay, we’ll set you up, but we’re not supporting it, we’re not troubleshooting, we’re not helping you with integration or security or anything — it’s your device, it’s your problem,'” says Chapleau.

Neither approach is satisfactory, because both leave users wanting and security vulnerabilities, he says. IT departments need to figure out, based on the unique needs to their organizations, how to properly accept, integrate, manage and maintain users’ mobile devices to improve user satisfaction, security and compatibility, he says.

“Mobile devices are most people’s primary device nowadays. They use it for e-mail, texting, corporate applications, yes, even social media — and all of these have to be integrated into the workplace environment. The path of least resistance — of ‘Well, I’ll let you connect to the corporate network but don’t ask me to fix anything’ leaves security holes, and leaves users feeling ignored by IT, neither of which are good,” Chapleau says.

On average, most users will contact their help desk once a month, Chapleau says. Their satisfaction with that interaction is critical to how IT is viewed throughout the business, so IT department help desk personnel and managers should do all they can to make it a positive experience. According to the Green Elephant survey, 42 percent of users said they found their help desk lacking in courtesy — that’s not very satisfying.

“One thing we saw come up again and again in our survey and in some of the comments was that when people contacted the help desk, they were made to feel that they were interrupting, that the help desk personnel were too busy, or even that the help desk staff was rude. CIOs and help desk managers have to ask themselves, ‘Are we doing 80 percent of a service without following through? Why? And instead of helping, are we making things worse?'” Chapleau says.

Part of the problem may be in the way IT help desk services are measured by the business. If metrics like call volume, resolution time and the time each help desk staff member spends on the phone, then the pressure will be on to avoid taking calls, resolve issues quickly and/or rush through interactions with users — none of which boosts IT’s credibility or helps to demonstrate their value, Chapleau says.

“What you measure is what ends up getting the attention. And, yes, you want to resolve issues quickly, but that doesn’t automatically equal improved productivity. You have to understand and accept that user satisfaction is the most important metric, and be willing to accept a decline in the traditional metrics like speed and volume to boost happiness and satisfaction,” he says.

No one wakes up each morning and decides to deliver poor service, but if IT help desk personnel are being measured on the ‘wrong’ things, that’s exactly what will happen. And if that happens, Chapleau says, overall satisfaction will go down, productivity will go down, and you won’t see much business value from your IT department.

“We see that our client organizations that measure user satisfaction with IT and grade the quality of service they provide end up being the most productive. If you’re only measuring the number of calls and length of calls, that’s what your people will focus on. If you measure happiness and productivity, that’s what will get the interest and the investment, and the culture will start to change. The ideal we’re shooting for is one call per user per month; when that drops, the first instinct is to say, ‘Great! Everything’s fine and no one’s calling us!’ but you have to wonder, are they calling because they don’t have an issue? Or because they don’t trust that you will — or can — fix it?” he says.

It’s happened to every office worker at some point — the “empty coffee pot” problem. You head into the break room, ready to pour yourself a cup of Joe to get through the afternoon slump and … it’s empty. Who was the last person to use it? Why didn’t they make another pot? The same frustration and disappointment happens when there are no set expectations for maintaining common assets like printers, conference-room technology like power outlets and projectors and, yes, the break room coffee pot, Chapleau says. The Green Elephant survey showed 39 percent of respondents aren’t happy with the state of common assets, and IT usually takes the blame.

“I’m not going to make many friends here when I say you don’t need to increase the budget for these issues, or that IT should step up and take on some of these responsibilities to boost their credibility with their users. These are pretty common workplace issues — conference rooms with broken power outlets; malfunctioning projectors, printers that always jam or that are constantly out of ink,” Chapleau says.

To IT, it may seem “beneath them” to take on printer maintenance or other common asset responsibilities, but that’s part of delivering and showing value to your most important customers, your users, according to Chapleau.

“Again, it goes back to trust. Conference rooms that aren’t usable because you can’t plug in your laptop or a projector, or printers that are constantly jamming, won’t correctly connect to a network to print or that run out of ink — these little things build on IT’s reputation and users who don’t trust IT will broadcast that in the business. Brand is so important to IT — if users aren’t seeing the value in your services, then the company as a whole isn’t going to see that, either,” he says. It’s worth it to take an extra hour each week and perform these common tasks — your users will thank you for it, Chapleau says.

Separately, none of these issues are especially strategic or decidedly ROI-driven. But if ignored, these issues can become mission-critical and affect the overall productivity, engagement and satisfaction with your company, Chapleau says.

“If IT wants to shift perception within the business so that they are seen as providing value, they have to start with the very basic needs of those closest to them — their internal users. It has to be a concerted effort, otherwise people will think, ‘If IT can’t even make the printer work right, how are they going to do this big strategic project?’ Or, ‘Why should I give them a larger budget?’ So, delivering value starts with the basics,” Chapleau says.