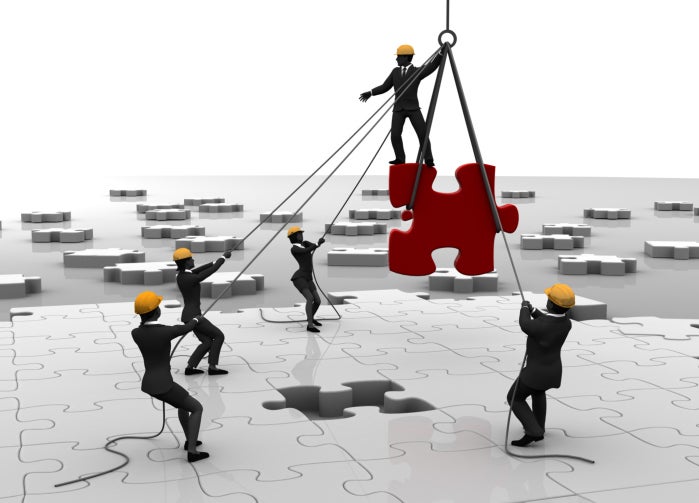 Every year, most major companies will reinvest a significant share of their earnings in building capabilities necessary for future success.  Often these investments take the shape of large, ‘Big Bet’ projects, which require millions of dollars, many people and multiple years to complete.

Too often, Big Bet projects begin with optimism, but end in disappointment or failure.  Recently for instance, Google’s parent company, Alphabet, reported that it had lost $3.6 billion last year on Big Bet projects.  However, despite the bleak statistics, we’re not doomed to repeat this scenario like Groundhog Day.  We just need to change our perspective.  In particular, we need to avoid being seduced by optimism and confidence into believing our desired outcome is the only one possible.  Instead we should take a risk-adjusted approach to evaluating and managing Big Bet initiatives.

Like all significant investments, Big Bet projects are born in optimism.  The story usually plays out like this: A highly regarded member of the management team – let’s call him Tom – has an idea for a new way of enabling on-line ordering of products.  If successful, this idea can improve revenue by 20 percent.  However, building the capability will require significant changes to the existing on-line systems.  Tom is a confident, well respected and demonstrative leader.  He believes strongly in the idea and espouses his vision confidently.

Fueled by his optimism and confidence, he begins the process of selling the concept to leadership in order to secure the budget and people needed.  He develops a business case that shows the project completing by Jan. 1, 2014 at a cost of $12 million.  Over the course of the many meetings necessary for approval, Tom has the opportunity to tell the story of the project repeatedly.  With each telling, his confidence grows and his optimism matures into an expectation of success.  That optimism and confidence, along with the trust leadership already has in him, goes a long way toward persuading leadership to green-light the project.

Over the course of repeated renditions of the project story, an insidious transition occurs.  What started as an idea with a chance of success has hardened into an expectation of certain results.  What’s lost in that curing process is an understanding of the possibility that the project may not go as planned.  By the time a project kicks off, the entire team has coalesced behind the vision of realizing $12 million in benefits. The possibility that a project might not turn out that way is swatting away like an annoying insect.

Unsurprisingly, Tom’s project doesn’t go as planned.  Despite best efforts, multiple problems arise that were not considered during the evaluation process.  Turns out that the customer data in the existing system was plagued with gaps, errors and inconsistencies – all requiring a great deal of time and manual effort to correct.  Midway through the project a key workstream leader left the company, resulting in a delay of several months  while finding a qualified replacement.

User acceptance testing uncovered bugs and requirement gaps resulting in delays to allow for redesign and rework.  All of these challenges resulted in the project not completing until November 2015 at a cost of $18 million – a 50 percent budget miss.  What’s worse, to get the project over the finish line, a great deal of scope was cut, resulting in only a small fraction of the increased revenue promised.  The bottom line: the project was late, cost more than expected and did not deliver the promised benefits; by most definitions, a failure.

Unfortunately, the tale of Tom’s project happens all too often.  Most Big Bet projects will not meet expectations, and the statistics are sobering: 80% will fail to meet their schedules;  71 percent will exceed their budgets and 56% will not deliver promised benefits.  But that’s not the worst of it.  Fifteen percent of Big Bet projects will fail completely or exceed their budgets by 400 percent to 600 percent.

So what are we missing?  The idea was sound.  The advocate was talented. The executives who approved the projects were smart and savvy.  The project managers who led it were experienced.  Yet the project was considered a failure.  The problem wasn’t with the talent level of the people behind the project, but with their perspective.

Big Bet projects require successful execution of many interdependent tasks by many groups of people, over a long period of time.  This means lots of opportunities for bad surprises.  But confidence and optimism are infectious.  They’re intoxicating.  Under their influence, the project sponsor and the leadership team are all too often seduced into ignoring those project risks and focusing exclusively on the optimistic outcome.  The behavioral economists would say, we are strongly biased toward the expectation of a positive outcome.

If we’re to avoid Tom’s fare, we need to have a way of counteracting the effects of those biases and evaluating Big Bet projects with a balanced view of all of the possible outcomes, not just the optimistic.  Tom’s Jan. 1, 2014 completion date was one optimistic potential outcome for the project.  But it was the only one presented to leadership.  In a balance world, Tom would have presented multiple possible outcomes, the likelihood of each occurring, the risk drivers of those outcomes and a plan on how those risks can be mitigated.

Here are three tools that Tom and the rest of us can be leverage to produce better outcomes on Big Bet projects.

Big Bet projects have many possible outcomes, each with a different probability of success. If Tom and the project approval team had used this approach, instead of saying the project will be done on Jan. 1, 2014, they would have  known that the project had only a 35 percent chance of finishing by that date.  If they had wanted to be 90 percent confident, the expected completion date would have been Oct. 1, 2015.  If a Jan. 1, 2014 completion date was critical, they would have had a mitigation plan that would enable them to change the odds in their favor and make that date a real possibility.  Either way, their perspective would be changed and they would not be explaining the project failure to a badly surprised leadership team.

Ronald Bisaccia is a Managing Director with Alvarez & Marsal Business Consulting in New York. He leads the firm's national Analytics practice, and the regional telecommunications and media and entertainment industry practices. He specializes in analytics, business intelligence, information technology (IT) architecture and system integration.

With 25 years of experience, Mr. Bisaccia brings expertise in consulting and technology to the firm.

Prior to joining A&M, Mr. Bisaccia was CEO of Heads Up, a provider of business analytics and activity monitoring services. Heads Up aggregates and structures data to allow for real time analytics and dashboarding. Before that, Mr. Bisaccia was Chief Operating Officer of Dimension Data North America, a $750 million value-added reseller of technology equipment and services. In this role, he successfully guided the turnaround and sale of the troubled Proxicom business unit.

Previously, Mr. Bisaccia was a Partner with Andersen Business Consulting, where he led the development of a firm-wide system integration capability. Before joining Andersen, he spent more than 10 years developing a deep expertise in system analysis, architecture, project management and hands-on development.

Mr. Bisaccia began his career as an attorney, representing clients in New York and New Jersey.

He holds a BS in Finance from Ohio State University and a JD from Rutgers School of Law.

The opinions expressed in this blog are those of Ronald Bisaccia and do not necessarily represent those of IDG Communications Inc. or its parent, subsidiary or affiliated companies.