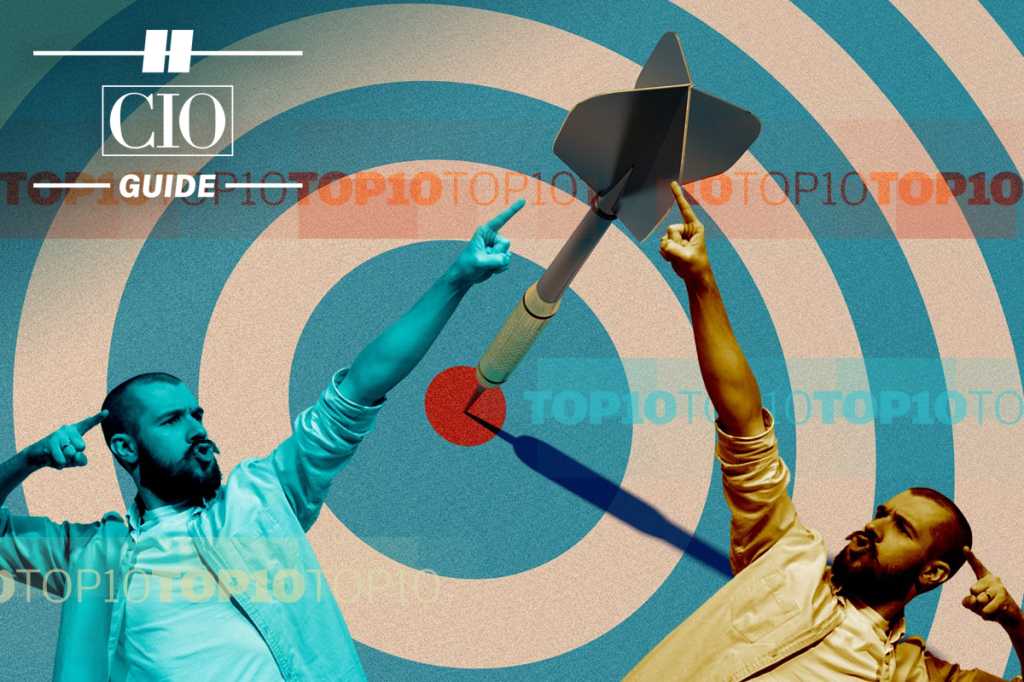 Everest Group’s annual ranking of the top IT service providers saw some movement this year compared to last, but one thing that remained unchanged was Accenture’s place at the top of the list. In fact, it was the sixth year in a row that the $50.5 billion firm was recognized as the overall leading service provider of the year.

“Knocking Accenture down a peg or two is easily the biggest challenge for other players in the industry,” says Abhishek Singh, partner with Everest Group. Accenture was the only IT service provider that performed well across all market segments that Everest Group evaluates. “There were no ‘also rans,’” Singh says. “Beating or meeting this performance will require similar persistence on capability development and value proposition across markets.”

Coming in just behind Accenture is Infosys, which leapt to second overall from 7th place last year. That makes the Bengaluru, India-based multinational the most improved performer on the list, based largely on its strengthened position in application services, data and analytics, and enterprise platform services.

“A highlight of their performance this year is that they were star performers — a recognition of year-on-year improvement — across seven different assessments,” says Singh, “which is the highest among the top 20 players.”

Rounding out the top five were TCS (falling a spot to third), HCL (up slightly from fifth to fourth), and Cognizant, which dropped from third to fifth.

Everest awarded HCL leader of the year in application services, which along with its infrastructure prowess boosted its overall ranking. Meanwhile TCS slipped a spot largely due to the overwhelming improvement of Infosys, not because of any issues with its own execution, according to Singh.

Cognizant faced a similar challenge maintaining its place in the top three. “Infosys and HCL showcased much improved performance — both in capability development and market success — in comparison to Cognizant,” Singh says. Cognizant was also the only leading provider without a top-five showing in any of the star performer categories — an indication that the company “needs to improve competitive momentum,” according to Singh.

Top 10 IT service providers of the year

While Wipro continues to do well across data and analytics, application services, and infrastructure services, it also fell from the fourth spot down to seventh overall. “They are an interesting case this year because we noticed improvement in many sectors, especially in application services where it had a star performer rating and was also anointed as a leader of the year,” Singh says. “What did Wipro in was largely their comparative lag in banking, financial services, and insurance, where the top five had both better coverage and scores.”

Rounding out the top 10 are NTT Data and LTI. NTT continues to show solid improvements in its sizable healthcare business and builds on its strength in infrastructure, according to Singh. LTI is particularly notable as it represents the first time a company from Everest Group’s Top Ten Challenger list — a separate ranking recognizing top performers with annual revenues of less than $2 billion.

“For all practical purposes, LTI has broken into the big boys’ club,” Singh says. “Most other challengers are also making inroads into large enterprise accounts and, in many cases, competing head-on with large service providers.”

The so-called Great Resignation has proved to be among the biggest factors in IT service provider performance over the past year.

“Talent management is a massive issue in the IT services industry today, where large enterprise clients are struggling with managing attrition and getting the right skill set for their transformation projects,” says Singh. Those companies that have been able to bolster their talent pool, not just in terms of headcount but also skills development, have been able to strengthen their competitive positions.

Everest Group has been ranking service providers based on their performance in 26 categories, including key business lines, geographies, and technologies, since 2016. The consulting and research firm also categorizes service providers as leaders, star performers, major contenders, or aspirants in each area. This year the company consolidated that information for 156 providers to come up with the overall rankings for the global IT outsourcing industry.

The top three on the list of star performers, recognizing those outsourcers with the greatest positive year-on-year movement overall, were Infosys (not surprisingly), LTI, and Mphasis. LTI made the most improvements in banking and application services (specifically QA). Mphasis improved in application services, digital services, and banking.

Looking further down the rankings, Mindtree, UST Global, and EXL entered the top 20 leaderboard this year while PwC, Genpact, and Coforge exited the list. Most notable among these movements is EXL, which Singh points out is now competing head-on with much larger service providers in the data and analytics domain.