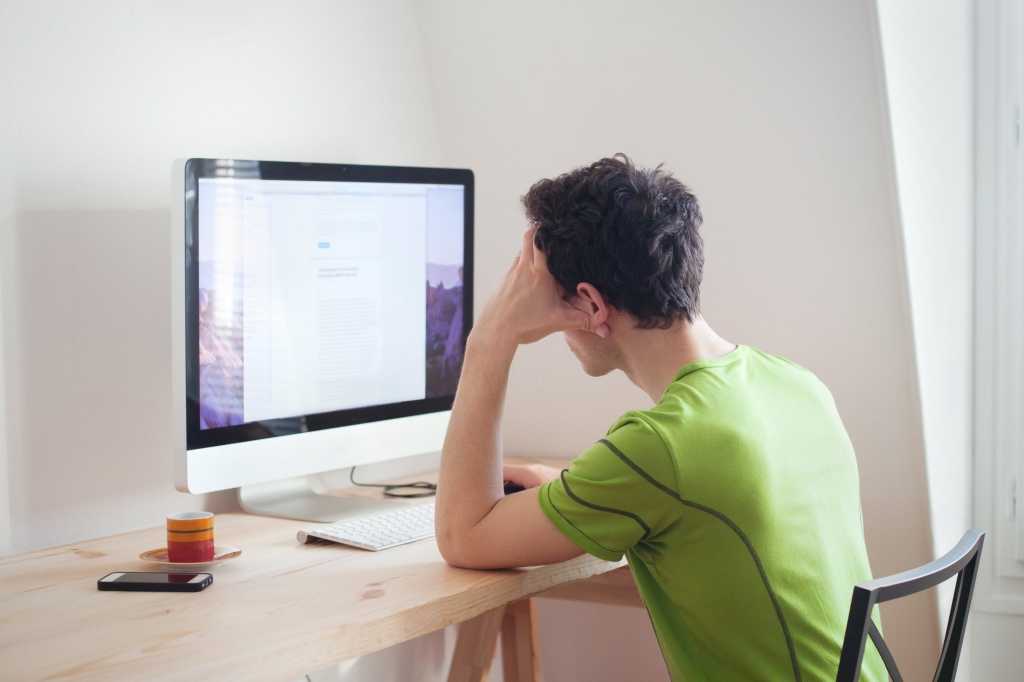 Why the big jump? Technology has enabled workers to get work done outside of the traditional office setting, and it’s also allowed companies to open up hiring to other states or countries, because employees don’t necessarily have to be local. In addition to telecommuting and remote jobs, plenty of companies also offer employees a flexible schedule, where they can work from home a day or two per week.

FlexJobs released its list of the top 100 companies offering remote work. Tech companies are well-represented on that list. Here are the top 10.

Amazon came in at 3rd overall on the list for best telecommuting options with full-time and part-time remote job offerings. Best-known for its ecommerce site, Amazon is headquartered in Seattle and employs over 91,300 people worldwide; all while it aims to be “Earth’s most customer-centric company.” It’s grown from an online bookstore to a world-wide retail website and, as of 2015, it has surpassed Walmart to become the highest-valued retailer in America. Current openings for remote jobs at Amazon include positions for systems engineers, visual designers and cloud support associate.

Dell, headquartered in Round Rock, Texas, was established in 1984 by CEO and Chairman Michael Dell, who was just 19 years old at the time. Since then, it’s grown to become a well-known worldwide tech company that employs over 103,300 people around the globe. Dell is also the leading shipper of PC monitors and the third largest PC vendor after HP and Lenovo. As a company, Dell prides itself on offering a wide range of job opportunities including full-time, part-time as well as remote jobs, flex-time and compressed work-weeks. Recent flexible job openings at Dell have include positions for systems consultants, interoperability specialists and developers, just to name a few.

Third on the list of the Top 10 tech companies that offer remote work is IBM, which was founded in 1911 and employs over 400,000 people worldwide. IBM has a hand in nearly every facet of technology, including big data, business intelligence, cloud computing, analytics and security. IBM prides itself on not only offering flexible work solutions for employees, but also comprehensive benefits and competitive salaries. IBM has posted remote openings on FlexJobs that include positions for software engineers, developers and programmers.

Salesforce is best-known for its CRM software. Its long list of clients includes the likes of Pandora, Google and LinkedIn. With over 10,000 employees, Salesforce remains dedicated to assisting large businesses with technology projects, while still maintaining the feel of a small company. It’s been on Fortune’s “100 best companies to work for” list for six years running, and has been dubbed the “World’s Most Innovative Company” by Forbes. Flexible openings for Salesforce include listings for engineers, database administrators and technical architects.

Headquartered in Germany, SAP was founded in 1972 and employs over 65,000 people worldwide. SAP specializes in enterprise software and services and its U.S. office is located in Newton Square, Penn. SAP has a long list of awards for its company culture, including the Glassdoor Employee’s Choice Award for “Best Place to Work” and it’s also appeared on the Forbes World’s Most Reputable Companies list. As far as its telecommuting options, listings for remote positions at SAP have included roles for data scientists, IT architects, UX and UI experts, developers and engineers, among others.

One of the oldest companies on this list, Xerox was founded in 1906. At the time when it sold photographic paper and photo equipment and was known as The Haloid Photographic Company. Since then, Xerox has grown to a multi-billion-dollar company that employs almost 150,000 employees worldwide. You’ll find Xerox on the Fortune 500 list almost every year, and it’s won a long list of awards for keeping employees happy. Xerox has a number of telecommuting positions open for tech workers, including roles for front-end developers, web designers, system technicians and IT support, just to list a few.

Founded in 1977, Oracle now employs over 135,000 people and operates worldwide to develop database software and technology, as well as computer hardware and enterprise software. Oracle’s success in its early years is often attributed to its software interoperability between operating systems thanks to the use of the C programming language. As a company, Oracle has received recognition for what it offers employees and is even ranked as one of the world’s most ethical companies by Ethisphere. In the past, Oracle has hired for a number of remote tech jobs including roles for security architects, engineers and developers.

Since its founding in 1993, Red Hat has grown to 80 offices that operate worldwide in 30 countries. The company is best-known for its open-source Linux offerings, especially its Red Hat Enterprise Linux. It’s one of the smaller companies on this list, with 8,300 employees worldwide, but it’s made a number of impressive lists, including Forbes’ World’s Most Innovative Companies and Glassdoor’s Best Places to Work lists. As for its telecommuting options, past offerings have included roles for software engineers, UI developers, middleware architects and data analysts.

Most people recognize Adobe as the maker of the Adobe Flash player or the high-end photo editing and graphic design software suite. However, it’s also a great place to work. It’s been on Fortune’s list of 100 Best Companies to Work For and is ranked as one of the Most Powerful Public Companies in the World, according to Forbes. Recent telecommuting openings for Adobe have included positions for technical architects, technical consultants, security and compliance managers, computer scientists, UX designers and more.

Apple might top lists for its devices or software, it’s only 10th on the list of top tech companies with telecommuting jobs. But that doesn’t mean Apple’s remote job offerings are scant. You’ll find openings for a number of positions but most of them are in customer and technical support. However, Apple does state that it offers a flexible working environment, so even if you land an in-office job, you can expect some flexibility to your schedule.