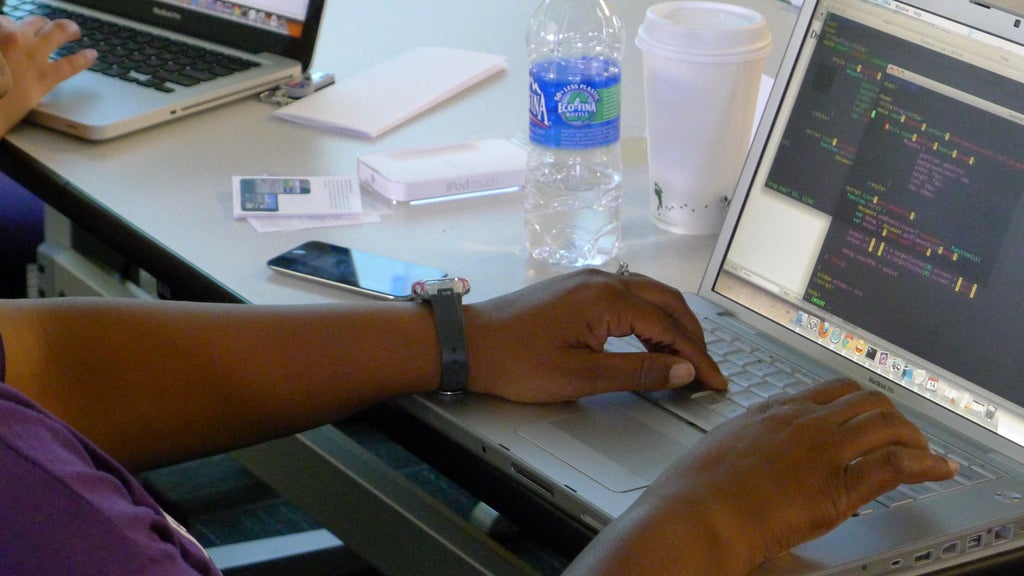 Your company wants a custom app for that?

It’s possible – and not just if you’re the CIO of a big bucks corporation. New advances in app-building technology have lowered the cost of making apps, and the time and knowledge to make, test and deploy them, too.

Much like how the power of website building used to be in the hands of only those who knew HTML but can now be built by anyone with a Squarespace or WordPress account, new programs are letting non-developer employees to make apps with ease.

“I couldn’t write a line of code to save my life, but I can configure an app,” says Rebecca Wettemann, vice president of research, enterprise applications, with Nucleus Research. App development can be a drag and drop process, which enables a business user to make the app themselves.

Not every company will go this route, but it means that apps are happening – and faster – whether they’re being built by employees not in the IT department, developers, or both.

The reason for this blending of app development isn’t just because of tools that make it easier, but because it makes the end user – the one who knows what he or she needs — part of the process.

“I always tell people you know more than you think,” says Ann Monroe, senior director of marketing of FileMaker. “You have that subject matter expertise. You know how your team works and you just tap into that.”

For FileMaker’s 2016 “State of the Custom App” report, they surveyed 490 of their customers and found that 52 percent built custom apps in less than three months. They found that 82 percent of customers built their apps in house, but only 10 percent of total respondents said that apps were built by in-house IT. Only18 percent outsourced the job to a custom developer.

[Related: Where do mobile apps fit in the world of enterprise software?]

This doesn’t mean that developers will be closing their doors anytime soon, but it does mean the process of building an app isn’t just their purview anymore, and may lead to more collaborative efforts with the end users.

A base of knowledge about app buildings means that their jobs are easier, too. They don’t need to start from scratch anymore either.

“People have learned that doing all the grunt work to create a framework is probably not a process they should be in,” says Gautam Agrawal, senior director of product management at Sencha, a provider of cross-platform mobile app development tools.

He says that app development times have also dropped because most testing is done before users ever see an app, where it used to be the other way around. “A decade or so ago, people were finishing apps and handing it over to Quality Assurance so they could start testing,” he says. “They’d find a whole lot of bugs and they’d send it back. It was a pretty long cycle.” Now, with unit testing, he says that developers are testing within their own department before sending it on to Quality Assurance and “finding more bugs up front so that it’s not found after things have been delivered.”

This reduced cost and time also makes creating what Wettemann calls the “disposable” app possible because they take less time and money. By “disposable,” she means something that’s put together for a short period of time, or a one-time purpose like a conference or sales initiative.

“I can be much more experimental in the way I do things,” she says. “If I have an event coming up and I want to spin up an app for someone attending that app, where before it would take weeks and weeks and be cost prohibitive, I can now do that in the marketing department.”

Not only are apps being developed faster, but the demand for fast apps is greater too. A study 2015 Sencha conducted with Forrester Consulting called “The Rise of Web Technology” found that apps are expected to be created over a shorter timeline without a corresponding increase in developer activity.

The study also found that 43 percent of companies expected to see an increase of 50 percent or greater in technical complexity of web and mobile apps.

This pressure for complex apps to be readily available can have business units turning to third-party apps. Making sure IT is working with employees to meet their app needs is vital, says Wettemann, not just from an administrative position but from a security position, too.

“IT is going to have to take a more long-term view of how do they manage, administrate and deal with security to enable the productivity of users without shutting them down,” she says. “It’s clear today that if IT is a roadblock, business users are more and more willing and able to go around them.”

That could mean introducing third-party applications to the system that aren’t up to your company’s security standards, which presents a big risk. Even if a third-party app is perfectly suited to a business unit’s needs, and is more cost effective to procure rather than making something new, IT still should be on board with making sure it works within their ecosystem – securely.

“It’s better that I get ahead of it now and put the administrative capabilities in place and embrace the app instead of them doing a complete workaround,” Wettemann says.