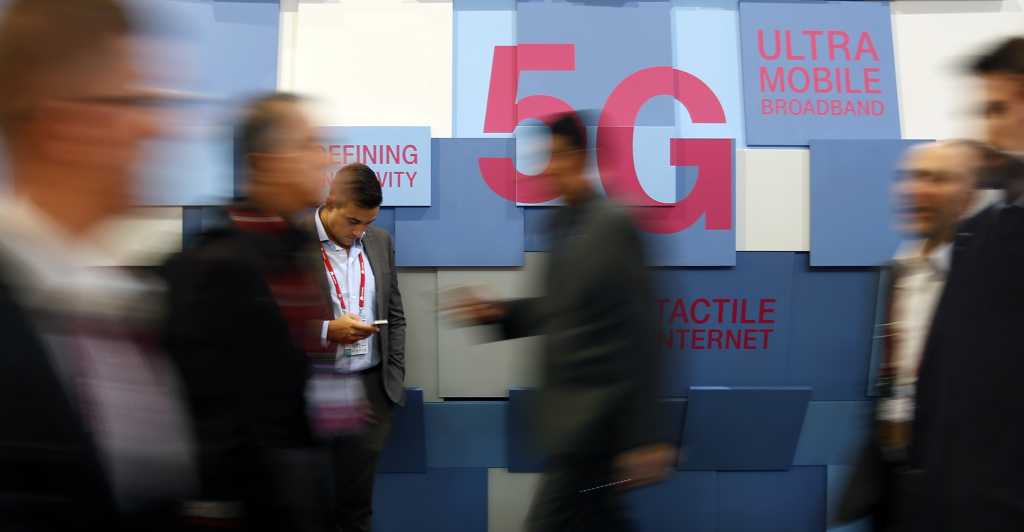 (Editor’s note: This story has been updated to include comments from an IDC research manager.)

When it comes to 5G wireless — the next generation of super-fast mobile Internet connectivity — I’m a bit of a skeptic. It’s not that I believe 5G will never arrive. It surely will … but not nearly as soon as some carriers and the more credulous members of the technology press want you to think.

The most realistic timetable for 5G to arrive is probably around 2020. However, there seems to be something of a contest today in which carriers and device makers pump out press releases, boasting plans to beat this deadline by years, and taking reporters for rides in tricked out in wirelessly-enabled vehicles that see download speeds far faster than could currently be delivered in a widespread deployment.

Another reason to doubt these claims: 5G hasn’t even been defined yet. Yes, it will be a lot faster than 4G LTE. But how much faster? How will carriers deliver it? And how will digital devices have to be configured to work with the speedy new technology? These question are all unanswered.

Standards are next piece of 5G puzzle

Nothing duller exists than a discussion around industry standards, but until the various standards bodies agree on the nuts and bolts of 5G, the industry won’t do much more than experiment and take preliminary steps. It makes no sense for carriers to deploy a technology that won’t work with multiple devices, and until the standards are adopted there will be no economical way to build compatible phones and tablets.

“It’s going to be at least a few more years until the standards are agreed [on],” says IDC research manager Sathya Atreyam. (IDC is a CIO.com sister company.) “I think the telecom industry stakeholders need to keep aside the race for first mover advantage [until] after they have worked towards defining what would be a 5G vision. All 5G announcements that talk about 2016 to 17 deployments are efforts in trial scenarios that could be stepping stones to 5G.”

Verizon is making the most noise over 5G and says it may start to deploy the next-gen tech in some areas next year — a claim that was met with scorn by competitors. “Hyping 5G because others around the world are doing it is not the right thing to do,” said Glenn Lurie, president and CEO of AT&T Mobility, in an interview with FierceWireless. “We don’t want to overpromise and under-deliver.”

Speaking to analysts last week during a T-Mobile earnings call, the company’s CTO Neville Ray said “we’re starting to see a lot of news … in and around the 5G space. I think folks have seen some of the earlier announcements, and you know, Verizon trying to move and saying they’re going to be the first to 5G, well, it’s kind of BS, to be honest.”

Of course, anything one company says about its competitors should be taken with a spoonful of salt. However, AT&T and T-Mobile are both running their own 5G experiments, and both likely would be quick to trumpet developments if they were at all close to commercial deployment. And if the companies honestly believed Verizon was close to deploying 5G, they’d crank up their own hype machines.

The future 5G wireless tech could be 100 times faster than the speediest wireless connections available today, and it will certainly be welcomed by users. But the fact is, you’re going to have to wait a few more years to enjoy it.