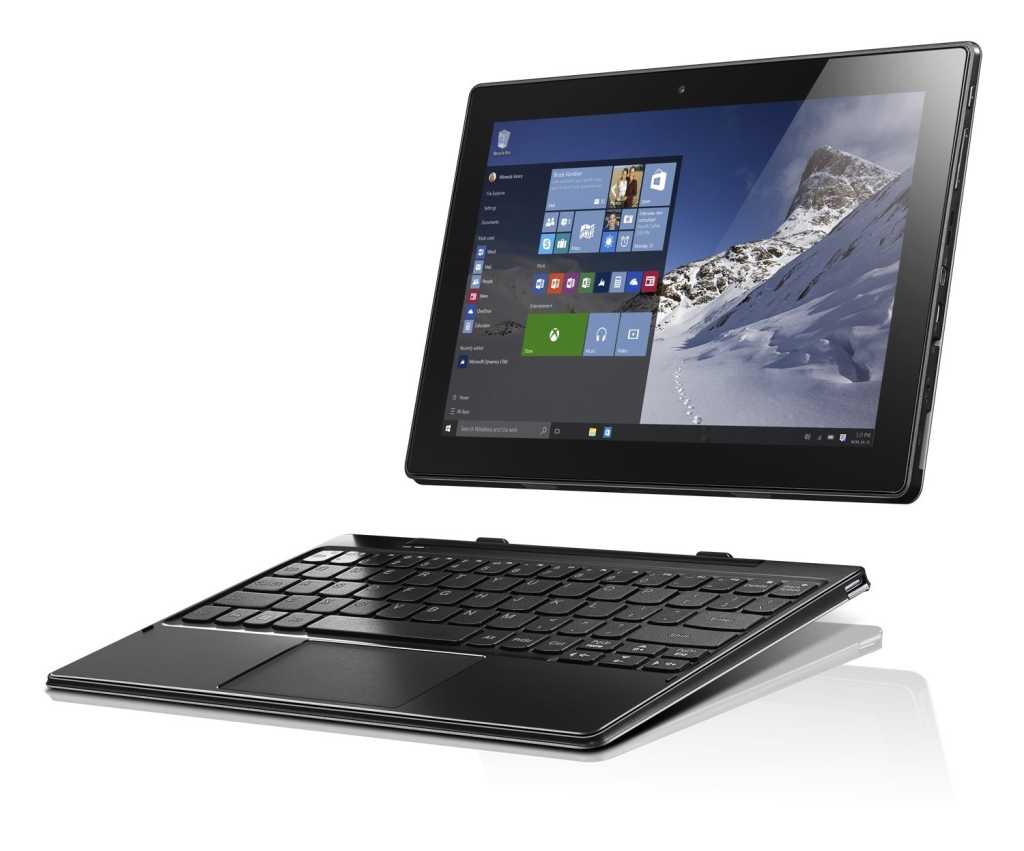 In the past few years, notebooks have gotten more complicated. Today, if you look for a new notebook, you’re met with a slew of options including a lot of devices that look like tablets, but act like notebooks, or vice versa. Gartner states that, in 2015, 13.5 million hybrid devices were shipped worldwide, which marks a 77 percent year-over-year growth and makes it the “fastest growing segment of the device market.” But while consumers have mostly embraced the tablet-hybrid options, the enterprise is still catching up with hybrid adoption.

Gartner also says that, while adoption in the enterprise is slow, as more companies transition to Windows 10, it has helped drive the hybrid-tablet business market. Also affecting Windows 10 adoption — and consequently hybrid adoption — is that Microsoft plans to cease support for Windows 7 by 2020, forcing most IT departments to make the switch to Windows 10. “We expect Windows 10 will bring a stronger value proposition case for enterprise to embrace other form factors than the clamshell notebook. Windows 10 on hybrid ultra-mobiles will offer a better user experience with touch and voice,” according to the study/

Hybrid tablets vie for a place in the enterprise

Tech companies like Microsoft, Apple and Samsung have also made it clear that they want to get their devices into the enterprise. Microsoft arguably started it all with its Surface lineup, and while there were hybrid devices that came before, Microsoft was the first to successfully push the tablet-hybrid as a notebook replacement. And with improved enterprise support, they’re making a strong push to become the enterprise standard. Then Apple released the iPad Pro, along with a keyboard and Apple Pencil for maximum productivity. Meanwhile, Samsung recently announced the Samsung Tab Pro, a Windows 10 hybrid device, which is a departure from its traditionally Android-based devices.

Mike Guggemos, CIO of Insight Enterprises, says, “Hybrid devices are, for the moment, being used selectively at the enterprise level, but that will likely change in the future for one really simple reason: They are extremely powerful. For example, Microsoft’s Surface device is first and foremost a laptop computer that also happens to have the functionality and aesthetic of a tablet.  We are already seeing field-based organizations, where the bulk of the work is being done remotely, looking at broad deployment of hybrid devices.” Gartner’s study supports the idea that field-based industries are paving the way in tablet-hybrid adoption. The study points specifically to the fact that hybrids are being put to use in the insurance field to use the tablets to run sample policies and input a client’s data on the spot.

Nate Ulery, senior director of Performance Services at business and technology consulting firm West Monroe Partners, says that a few years ago, hybrid devices were more of a “new toy in IT,” but that organizations “are beginning to partner with the business side to find users with a more meaningful use case and potential return on investment.” Once businesses can define the return on investment and practicality of these devices, it becomes easier to develop budgets and convince business leaders that hybrid devices have a place in the enterprise.

Guggemos predicts that adoption will steadily increase as IT departments start to demonstrate the cost-benefits of hybrid devices — especially once the enterprise transitions to Windows 10. “At most companies, we’ll see them fill a niche role at first among select populations such as the C-suite or among the salesforce,” he says. “But once there is largescale proliferation to drive both the purchase and replacement costs down, an inverse environment will likely become the norm, where a select population is on desktops because it makes sense for the nature of their work but the majority of the organization is on some type of hybrid device.”

Although it might be enticing to transition to the latest hybrid technology, as with any new tech, there are associated risks involved that IT might not consider with traditional notebooks or desktops. Guggemos says that most of the same issues with data, security and privacy associated with traditional notebooks extend to hybrids, but there are specific issues IT departments need to be aware of when switching to hybrids.

He says CIOs will want to first consider the best operating system for their business’ needs. Can employees work on a mobile OS, or do they need Windows 10 or OS X? For instance, if a company has platforms and applications built on Windows, then IT might want to look at deploying the Surface Pro 4 or similar devices. Alternatively, a company that thrives on the Apple ecosystem, might want to look at the iPad Pro. From there, it is easier to determine what device is best to deploy company wide.

Can your organization support these devices?

Next, he says it’s important to reevaluate support systems — businesses need to consider current technology support systems and what would need to change or improve if hybrid devices entered the mix. For example, if a business has Web or desktop applications, it’s crucial to consider what devices and operating systems will be compatible with vital software and apps.

West Monroe Partners’ Ulery agrees. “We helped two healthcare organizations deploy Microsoft Surface devices, and with both we spent a fair amount of time defining the requirements and implementing software to support the healthcare workers at the hospital so they could efficiently and effectively use the device in tablet mode. In one, creating custom views of the application met the needs and in the other, we developed a custom application to make the best use of the interface.”

Consider employee use and interaction with technology

Finally, CIOs need to consider how employees currently work, Guggemos says. “A CIO’s day-to-day is significantly different than a programmer’s or head of sales’, so failing to think through those logistics could have a tangible impact on success and productivity.” If you have employees on the road or who work remotely or travel frequently, hybrid devices might increase their productivity and efficiency. However, for workers who remain in the office at their desks the majority of the time, having a portable tablet-device might just not make sense for their workflow.

One other consideration with hybrid tablets, according to Ulery, is that IT departments need to ensure there are enough spare devices hanging around. He’s noticed an increase in drops and other damage with hybrid devices compared to traditional laptops. While it’s not an alarming increase, it’s still something to consider, especially since hybrids are often unibody devices, meaning IT can’t simply open them up to replace hardware or see what’s going on if there is a malfunction. “We find we utilize the hardware vendors dispatch services more frequently with hybrid devices than with laptops,” says Ulery, “With this in mind, we find that to provide the best experience to our end users, we quickly swap the device and restore data from an on-line backup system.”

Ultimately, Guggemos says that “integrating hybrid devices has to be thought out a bit differently.” These devices might be marketed as a full replacement for your traditional notebook, but that doesn’t necessarily mean they can replace the same devices in the workplace. Considering the relatively high cost of hybrid devices when compared to more traditional enterprise notebooks, businesses need to have a full plan in place for hybrid devices.

If your company is resisting enterprise hybrid devices, it might be time to get on board, because according to Guggemos, the transition is inevitable. “Once the normal use cases and support models are worked through, it’s all upside for most people in the organization, especially as hybrid technology evolves. The reality is that widespread adoption is inevitable because all next-generation laptops will have some hybrid functions.”