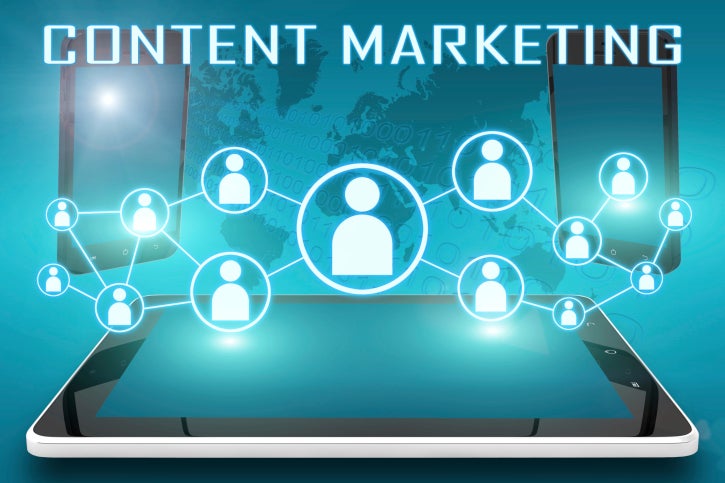 Last year, Google researchers discovered not that humans have the same attention span as goldfish, but that it’s even worse. Around eight seconds to be exact. We’re also loving short videos and infographics more than content, but that doesn’t mean written content is dead—far from it. What it does mean is that long-form articles are a thing of the past on most platforms. There will always be a place for longer-form content (scholarship journals, anyone? Serious financial magazines? This blog, perhaps?). However, for the most part, readers want short, punchy, bite-sized nuggets of information.

Here’s how to give it to them.

Obviously, right? However, business owners and blog owners have a habit of thinking anyone can write—including themselves. In some instances, this is true. Most of the time it isn’t. Writers are often born, then hone their skills over a lifetime. Anyone can be taught to be a better writer, but I promise you no Pulitzer Prize novel winner hated English class.

Here’s the thing, though. There are a lot of different types of writers. There are technical writers, poets, bloggers, and social media wizards. A writer might be good at a few different types of writing, but not at all of them. Thinking so is like saying a ballerina must also be a fantastic tap dancer and hip hop dancer. It’s all dancing, but the commonalities are slim at best.

If you want fantastic, fun-sized writing, hire a writer who specializes in this type of content and has the samples and bylines to prove it. You wouldn’t hire a dermatologist to perform heart surgery, would you? They’re both doctors, but that doesn’t make one qualified for the other’s job.

2. Trim, cut, burn and destroy the fat from your content

Example? “Cut the Fat” is more than enough of a subtitle for this detail. Writers fluff up content for one of two reasons. Either they’re getting paid by the word and really want to be able to afford a large rather than medium latte, or they’re unsure of themselves. Using a passive voice is one of the easiest ways to add fat to content. There’s zero room for fat on fun-sized content.

Whether you’re writing yourself, editing, or choosing a writer, keep an eye out for fat content. It’s something you can (slowly) train yourself as a writer to get rid of. However, if you’re in charge of hiring or directing writers and notice fat, it’ll be an endless battle if you have a chubby chasing writer.

Sometimes it’s not the words themselves but the layout that’s the problem. Five hundred words looks a lot denser and more intimidating (read: boring) in one long paragraphs with no line breaks, bullet points/numbered lists, subtitles, or images to break it up. Readers love breathing room in their content.

A good rule is to limit paragraphs to no more than five sentences. If you’re publishing with a particular media outlet, check their word count limits or the average length of complementary pieces. You don’t want to be known as the long-winded writer. Plus, that will tell you what their readers prefer.

Remember how people love images? They can add spice to your written content. Find copyright-free images (free on sites like iStock or available for affordable prices on sites like iStock) that would make you want to click. Scour YouTube, Vimeo, and other video sites to link to appropriate, short videos (no more than one minute).

Alternatively, you might want to create your own video clips to accompany your pieces. Most mobile devices and laptops/desktops have a decent enough camera and microphone to work in most situations. Remember to add search engine optimization (SEO)-rich descriptions to images and videos in case a reader has trouble viewing them on his or her end—you don’t want to dangle an image carrot just to yank it away thanks to a poor connection.

Listicles got a bad rap starting in 2014. You can blame Thought Catalogue or even the MySpace numbered quizzes of yore, but here’s the deal: People actually love lists. They love making them, reading them, and sharing them. Sharing them is the key word here because “shareable content” is the golden crown of all content.

However, listicles got a little out of control. Suddenly, there was no introduction, no conclusion, and the lists grew insanely long and contained spelling errors and poor grammar. There’s no substitution for quality content. Use lists, but don’t rely 100 percent on them, and certainly don’t send them out into the universe without some proper formatting.

The best writer in the world will sometimes type “public” and leave out that critical “L.” Writers are not editors, and editors are not writers (usually). They need each other like Oreos need milk (or whatever your vice may be). When you hire a writer, make sure they either have their own editor secured or provide editing on your end.

If you’re doing the writing, know that no amount of quadruple look-overs will take the place of an editor. They can help keep you focused, trim even more fat, and make sure your content is the best it can be. Don’t shy away from an editor just because you don’t want to see your work “bleeding” with changes and comments. You and your editor both want the same thing: The best, highest quality piece possible.

Nobody wants to buckle down and read a 5,000 word blog on the best SEO practices of 2016 (okay, maybe a few people do). Still, you can appease your entire audience by breaking larger topics into multiple posts. It’s overwhelming otherwise, and this technique allows you to dig deeper into different approaches. Maybe one day the blog focuses on keyword variance, and the next day it’s link building.

Even better, if you give out just one part of the blog at a time, it builds interest and suspense. There’s a reason soap operas always end with a cliffhanger. You wouldn’t necessarily tune in the next day if the episode ended with everyone laughing over tea. But if you’re not sure whether the hero is really dead or alive, and if his mistress is pregnant with his baby or the groundskeepers, you’ll definitely be watching the next day.

Twitter-ize your writing, literally or figuratively. Choose platforms that require word or character count limits, such as Twitter (or magazines/journals with strict word limits). If that’s not in line with your content, impose strict word limits on yourself. Play with them, scramble them up day to day, and discover what you can produce in 200 words compared to 2,000.