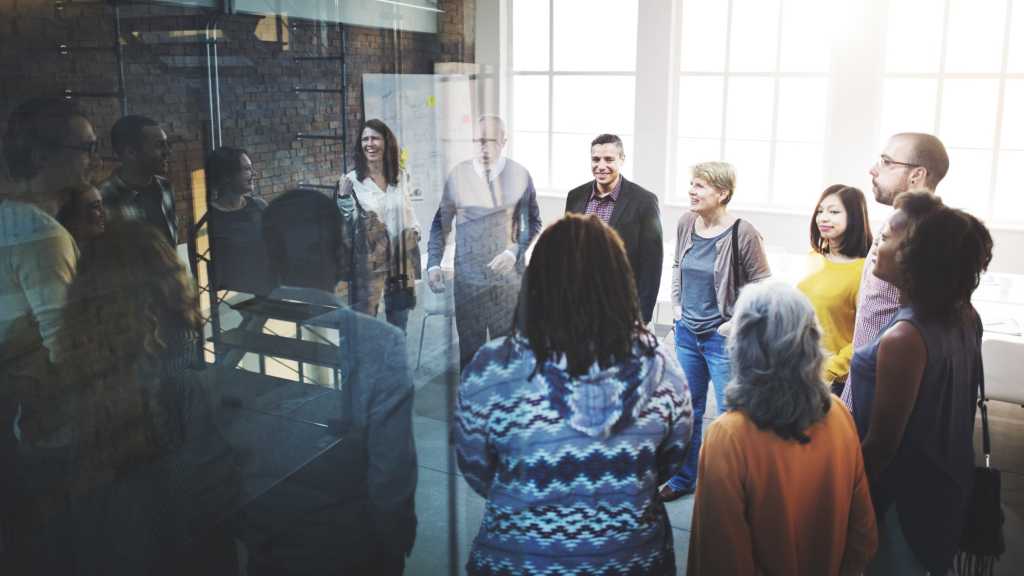 When staffing a department, hiring the right people is only part of the process. The next step is ensuring they remain engaged. According to a 2015 survey by Gallup of 7,273 adult workers, only 32 percent of workers are engaged in their jobs. But encouraging employees to stay engaged isn’t easy, and most companies won’t achieve team bonding with pre-designed exercises and work retreats. At least, that’s the case, according to Jenny Gottstein, director of games at The Go Game, a company focused on designing modern team-building exercises.

The Go Game works to develop client-specific “game experiences” tailored around a business’ location, department and working environment. “We build the game on top of the real world — a layer of mystery, absurdity and competition. It’s a heightened experience. We turn up the volume on the natural environment and sprinkle a layer of spectacle,” says Gottstein. And, that’s not the only reason, she says, clients have found success through The Go Game, it’s also simply because “it’s actually fun.”

According to Gottstein, the most important aspect to team building that The Go Game has observed over the years is trust. And, while that might induce images of the cliché trust fall exercises of the 90s, it couldn’t be further from the case. The games are developed around a specific concept that a company wants to instill in its workforce, she says. “For example, we once designed a game for a large company that demonstrated the importance of diversity and inclusion when building strong teams.” And something about this new type of team building has moved major tech companies like Uber, Salesforce and even Facebook to adopt The Go Game into the workplace.

A different type of team building

Some of the games may sound like traditional team-building exercises, like the “classic scavenger hunt,” but The Go Game puts a special twist on the concept. “Using interactive technology, talented actors and a healthy dose of humor, we are able to turn any environment (a neighborhood, a building, a city) into a live-action game board,” says Gottstein. “Almost like The Game with Michael Douglas, but much less terrifying.” Other games include the Go Game Show, which combines a game show format with trivia and relays. There’s also the disaster-preparedness games and mindfulness games, aimed at leadership development. Each game combines a level of technology, interaction and silliness to get employees comfortable opening up with their coworkers.

Ultimately, Gottstein says these games take the concept of play and then tailor it to a company’s specific needs. “We’ve designed games to help international division leads find a sense of purpose in their work, games that empower entry-level employees to take pride in their contributions, games that help policy-makers understand the impact of their decision making on the communities they serve, games that help marketing teams brainstorm new campaigns,” he says.

[ Related Story: How to improve employee performance by focusing on strengths ]

The Go Game’s clients report great success with these game-focused team-building exercises. One of The Go Game’s clients, Melissa King from DPR Construction says that The Go Game not only helps bring new employees into the company culture faster, it also helps them see their coworkers as peers by breaking down the veil of titles and seniority. She also noticed that it has helped workers feel more connected and created a sense of togetherness, even though they have workers placed all around the country.

Terence Morley, director of Talen Development at NBC Universal’s TalentLab echoes King’s observations. Morley’s team has used The Go Game to develop a team building exercise that combines challenges, team interaction, exploration and trivia to help create a stronger department. He says the relationships developed not only help bring a sense of community in the department, but also helps people further their careers at NBCUniversal.

He says at first people are hesitant about the “Classic Game” — a game developed specifically for NBCUniversal’s TalentLab — but by the time they are done, employees are laughing and giving rave reviews. “What we’ve seen from The Go Game is that sometimes team building is just about providing teams the opportunity to have fun and be a little competitive. But in a really creative way. That’s how you build relationships,” says Morley.

King also says she has seen skeptical employees come back from the event raving about the experience. “The Go Game’s professionals and Game format make it comfortable and fun for participants of all backgrounds to get a little silly,” she says It’s also helped DRP Construction engage new hires who aren’t based at headquarters. “Now that we use the Go Game across the board nationally, we’re confident all new hires are consistently getting a best-in-class team building experience. The Go Game makes it incredibly easy for us to “plug and play” in different locations with different contacts while maintaining the best participant experience possible.”

[ Related Story: How one CTO built a culture of trust and engagement ]

Gottstein and others at The Go Game say they’ve created a new type of team-building that employees look forward to. The company uses mobile technology and employs game producers to develop fun and engaging games that will be worth the investment, he says, “Play is the new secret weapon for healthy workplaces. When designed correctly, play can help us reframe problems, find new solutions, try out new strategies and celebrate small victories.”

The games often involve employee’s mobile phones as well, connecting thousands of employees with one push of a button. Sometimes it’s to interact with a trivia game, or track progress during a scavenger hunt, but it helps integrate daily technology into the process. But, it’s important to note, that while the game does use technology at the core of its development, the games are more about engaging outside of the digital world.

By creating a music video together, participating in a scavenger hunt, or answering trivia questions, employees can kick back and get to know one another better in a fun and open environment. “It creates a fun, low-stakes environment for people to create interpersonal connections. Through play, they can build the bedrock of success: trust and communication. It transcends age barriers, diverse backgrounds, and management hierarchies. For lack of a better word, it’s magical,” says Gottstein.