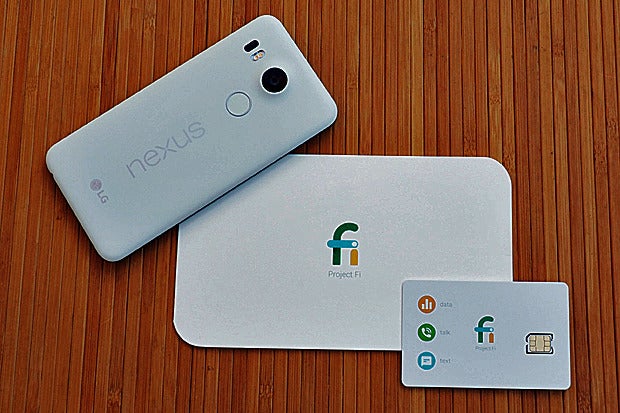 Google this week invited the masses to join its previously invitation-only wireless cell phone service, and it’s worth a look — but it’s also not for everybody. Project Fi service is cheaper than comparable offerings from the major carriers. Subscribers get international wireless while abroad at no extra cost. And if new customers sign up by the first week of April they can get a real bargain on a Nexus 5X smartphone.

What’s not to like? Project Fi only works with three phones: Google’s Nexus 6, Nexus 5X and Nexus 6P. Some other more complicated potentials issues also exist, but first, here are the basics.

What you need to know about Google Project Fi

Project Fi is a hybrid service. Most calls are handled over Wi-Fi instead of a cellular network. There are plenty of Wi-Fi hotspots in the world, and chances are you have a Wi-Fi network in your home and office. However, as common as Wi-Fi, it is not ubiquitous. If Project Fi was Wi-Fi-only, the service wouldn’t be worth your time.

But there’s an interesting workaround. When Project Fi customers want to make or receive calls, the “Wi-Fi Assistant” feature finds the strongest available nearby networks and routes the calls to them. If Wi-Fi isn’t available, calls can be made using either the T-Mobile or Sprint networks; the two carriers are Google Project Fi partners.

Wi-Fi calling has been around for some time, and T-Mobile, AT&T, Sprint, and some smaller carriers offer the service. Verizon, which currently offers Wi-Fi calling on a limited basis, promises to support it on iPhones later in the year.

Wi-Fi calling is fairly straightforward. Instead of calls going to cell towers and then to recipients’ phones over cellular networks, they are routed to the Internet via whatever Wi-Fi network users connect to, whether they’re home networks or public hotspots.

When the Wi-Fi is strong, call quality is generally fine, though there are sometimes annoying delays. Such delays and the related interference get much worse if the signal is weak or if the Wi-Fi network gets overloaded with other traffic, which is more likely to happen on public or widely-used hotspots.

The backup plan — routing calls to Sprint and T-Mobile — is a good one. However, these two carriers’ networks generally aren’t as strong or as reliable as Verizon and AT&T. T-Mobile’s network is weakest outside of cities and metro areas, which is also where you’re the least likely to find Wi-Fi.

The service costs $20 a month for unlimited talk and texts, and the ability to use the phone as a hotspot. Data costs $10 per GB, and if you use less than you pay for you get a refund in the form of an account credit. If you go over your data allotment, Google doesn’t throttle service; it charges on a pro rated basis. So, for example, if you exceed your monthly data by 350MB, you pay an extra $3.50

All things considered, Project Fi is certainly worth a look, particularly if your home or office has crummy cellular connections. And it’s certainly cheap.

Project Fi is Nexus-only … for now

So why does Google make you use a Nexus phone? According to the Project Fi FAQ page, the radios in those phones support multiple networks, unlike many other popular phones that do not. Google hasn’t said whether or not it plans to support other phones in the future.

If you already own one of the compatible Nexus phones, it will work on Project Fi. If you sign up by April 7, you can buy a discounted Nexus 5X from Google for $199, or $150 less than its regular price. Project Fi doesn’t require any contracts, and Nexus phones purchased through Google are unlocked, so you can use them on different carriers’ networks.