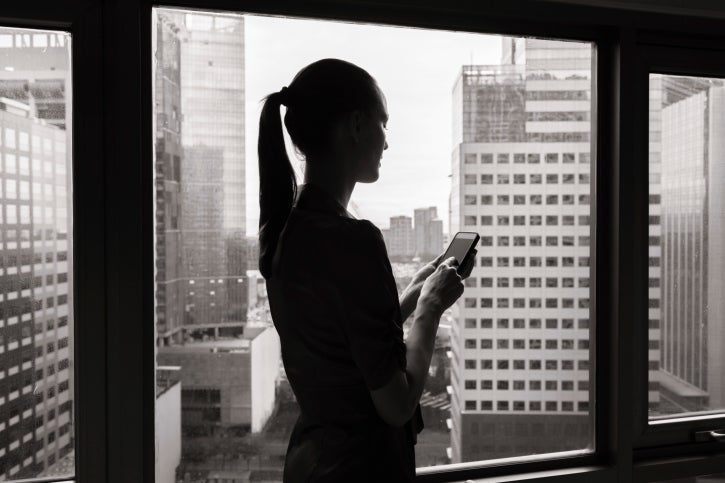 Smartphones and tablets are becoming a fixture in business as industries embrace mobile technology — for example, field workers are relying on portable rugged devices and  retail shops are managing an entire store from a single tablet. So it’s not surprising that technology manufacturers are rushing to become the industry standard.

But there is more to mobile adoption than sleek new hardware. IT departments want to be reassured that these devices are equipped with enterprise-level security, stronger warranties and other incentives that make it worth it for them to look further than the traditional clamshell notebook. Here are five of the major mobile enterprise players and what they offer to incentivize businesses.

Microsoft released the Surface Pro 4 and new Surface Book last year along with new enterprise initiatives that include enterprise-grade security to protect employee and corporate data, new management and deployment tools for device management and security features such as facial-recognition to unlock a Windows 10 device.

Beyond the built-in features, Microsoft also developed enterprise programs that incentivize companies if they choose to go with the Surface Pro 4 or Surface Book devices for their employees. They partnered with Dell to allow businesses to purchase Microsoft devices through the Dell store, giving them the same level of customer service they would get with Dell. It also allowed companies that deploy Dell devices the option to also deploy the Surface Pro 4 or Surface Book to certain departments or employees within one easy transaction.

Microsoft also unveiled a Windows Store for Business, so businesses can develop and deploy enterprise apps through one trusted service. Another feature, Microsoft Passport, allows employees to securely log in to websites, networks and applications without a password.

Microsoft also addressed any concerns or limitations with the uni-body design, such as the inability to remove and destroy a hard drive or upgrade certain components of the device through its Complete for Enterprise program, which gives more options to business clients over consumers. For instance, each device comes with at least two warranty claims, but if a business buys any amount of devices, they can use any of those claims on any other device. That means, if they buy 1,000 Surface Pro 4s, they get 2,000 warranty claims to use on any number of devices, rather than being limited to two per device.

Earlier this year, Samsung announced its Enterprise Device Program, which is aimed at getting more Samsung and Android devices into the workplace. It includes a number of new features and programs to give IT departments an incentive to adopt Samsung’s Android smartphones, tablets and the new Windows 10 hybrid device. That includes not only Samsung Knox, an enterprise grade security feature now standard on all Samsung devices, but also more collaboration with Android for Work.

Android for Work, offered through Google, lets Android users keep their personal data and corporate data separated on one device. In addition to Android for Work, Samsung has also committed to deploying security updates as soon as possible for all enterprise devices, so that there will always be limited security lag when threats are discovered.

The company also introduced the Enterprise Device Program, which allows businesses to upgrade devices on a two-year cycle so that employees can always have the most recent version of the Galaxy flagship smartphone. The two-year cycle starts from the device’s availability, so if a new employee is given a Galaxy S7 just a few months before the release of the next device, IT will still be able to upgrade that employee’s device.

While Microsoft’s Windows and Office suite might be synonymous with the modern corporate environment, Apple has edged its way into a number of industries with growing adoption of MacBook notebooks and iPhones. But in terms of mobility, most companies have only adopted the iPhone rather than iPads on a large-scale basis. However, that’s aimed to change with the recent release of the iPad Pro, which is a tablet-hybrid device that can be equipped with a proprietary keyboard.

Beyond the iPad Pro, Apple has also held a strong focus on helping businesses deploy and build business apps. Through its partnership with IBM, Apple has helped businesses better utilize corporate data in mobile formats, while also keeping it protected through the IBM MobileFirst initiative. Apple bases its enterprise initiatives on the fact that iOS has been known for its reliability and MDM features. These apps don’t stop at the iPhone, however, they extend to the iPad and Apple Watch as well.

Compared to other companies mentioned in this list, Apple offers the most in the way of enterprise-built apps. It’s also a user-friendly platform that most employees can acclimate to if they aren’t familiar with iOS, making the learning curve a little less steep for company-wide deployment. However, one thing does stand out as lacking when compared to other enterprise offerings, and that’s anything in the way of warranties outside of the traditional Apple Care, upgrade incentives or any discounts.

[ Related Story: Microsoft sweetens deal for Windows 10 in the enterprise ]

As far as hardware goes, Google hasn’t made a huge impact on the enterprise, but its Chromebook devices are gaining popularity in education thanks to their affordability and portability. However, Google’s mobile operating system, Android, has been gaining a foothold in the enterprise as more security and enterprise features enter the scene. One major feature Google has introduced with the last year is Android for Work, which incentivizes companies that embrace or accept BYOD in the workplace.

Android for Work gives users the ability to essentially partition their smartphones or tablets so that they can keep their personal info and work info separate and secure. That way, if IT has to erase or access data on the device, they can’t touch the user’s personal info, and the same goes for anyone trying to access corporate data on the device. Google also includes a number of MDM features in Android, such as inactive account wipe, EAP-based Wi-Fi network support and the ability to detect compromised devices.

Besides Android for Work, Google also offers Google for Work, which gives businesses an alternative to the traditional Microsoft Office Suite. Users have enterprise access to the full suite of Google products including Google Drive, Calendar, Docs and Gmail, just to name a few.

Dell has been a mainstay in most corporate environments for decades, but that doesn’t mean the company has stopped offering the latest in the way of mobile enterprise offerings. Similar to Apple and Samsung, Dell introduced hybrid-tablet devices aimed at providing mobile workers with lightweight and portable devices. Dell, most notably, has taken a notice to the fact that the way people work has changed in the last five to 10 years, mostly thanks to technology.

With more workers being on the go or working remotely than ever before, Dell has focused on making it easier for companies to embrace BYOD with increased security features. These features allow IT departments to control data access, manage bandwidth and protect the network from spyware, viruses, spam and other threats. Dell also understands the importance of most industries to equip their workers with the best technology possible, while also ensuring there is a strict level of governance compliance. Dell isn’t just focused on protecting data when deploying mobile devices, but also protecting networks while also keeping devices easy to use for workers.