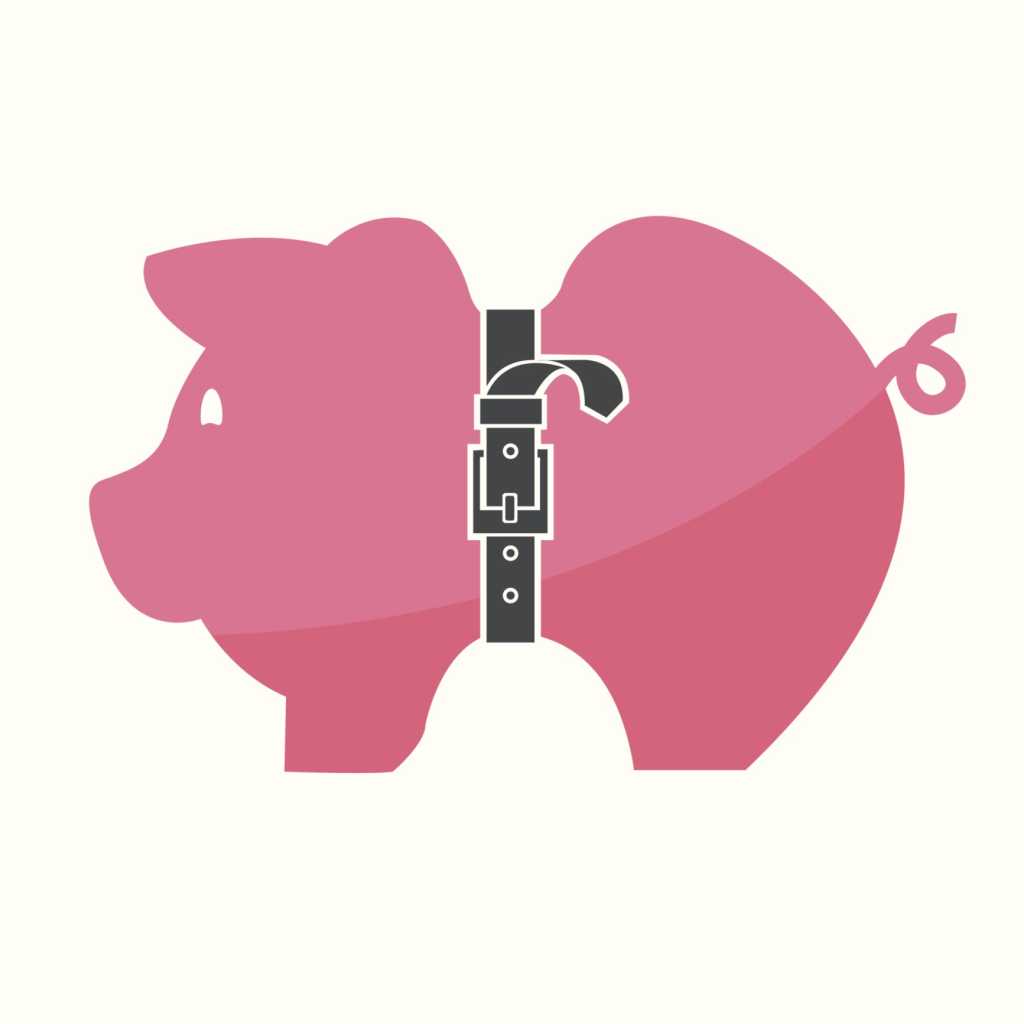 If you keep doing what you’ve always done, the old adage goes, you’ll always get what you always got. And today’s outsourcing customers are still chasing cost savings with their IT services deals. However, they’re not necessarily getting them — at least not with traditional outsourcing deals, which are reaching a point of diminishing returns.

“A big issue with diminishing returns is that the other top organizational priority is investments in new and innovative technologies such as data and analytics, cloud, mobile and (to a lesser degree in the near term) cognitive and process automation, while at the same time beefing up security capabilities,” says David J. Brown, global lead in KPMG’s Shared Service & Outsourcing Advisory practice.

“Most organizations will be challenged to reconcile these conflicting goals and will need to get creative in doing so, for example, by gaining economies of scale via global business services, biting the bullet to make near-term robotic process automation and cognitive investments that will pay off handsomely [long term], and partnering in various forms (alliances, outsourcing, joint ventures) to share the cost of investments with third parties,” Brown says.

IT leaders can no longer rely on squeezing suppliers on margins to keep costs down, says Brown. They have to spend money to save money—and also deliver the new capabilities their enterprises expect from IT, whether that means migrating applications to the cloud, introducing new automation or robotic capabilities, or partnering with IT service providers to deliver business outcomes. CIO.com talked to Brown about how the traditional outsourcing approach will have to change if IT leaders and their service providers are to meet these dueling priorities of cost containment and innovation.

CIO.com: In KPMG’s year-end shared service and outsourcing report, you noted that the top priority for customers remains driving down operating costs even as the approach the point of diminishing returns. Why is that?

David J. Brown, Global Lead, KPMG’s Shared Service & Outsourcing Advisory: Organizations are continuing to feel margin pressures. Traditionally, they’ve looked at operating costs—and specifically outsourcing relationships—as a lever. We believe this approach is reaching the point of diminishing returns for traditional outsourcing deals. The outsourcing community faces new pressures to accelerate solutions that can drive additional savings. We are now seeing a rise in adoption of software- and business-process-as-a-service in many organizations and also a faster adoption of robotic process automation. This also aligns to what we view as increased demand in innovation at the same time as cost reduction; both are available at the same time, which hasn’t always been the case.

In terms of core IT spend (not accounting for shadow IT spend in business units), spend levels vary significantly depending on industry but spend levels overall have been flat to declining for several years.  Per Gartner, global IT spend was down 3.5 percent in 2015 compared to 2014.

CIO.com: Why is cutting costs via traditional IT outsourcing less likely today?

Brown: It’s more difficult to leverage new technologies in conjunction with long-term, traditional deals and higher breakage fees. On the flip side, those that are taking advantage of cloud technology are reinvesting those savings back into other enabling technologies that will aid in other parts of the business but not reduce the overall IT costs. For example, automation requires spend with IT software vendors, but the savings are mostly outside IT. Cognitive investments are, again, IT-related, but the benefits are across the entire company. Investments in data and analytics require tools and third parties that fall within the IT budgets, increasing the IT spend. And lastly, the increase in third parties that need to be managed increases the overall governance costs [for IT].

If organizations are truly seeking “innovation” (which they first need to define before they can seek) then cutting costs becomes less of a monolithic goal. Cutting some costs but more importantly gaining new capabilities (for example via cloud flexibility or analytics insights) is a fair trade-off. The next wave of major cost savings will come via automation, but a lot of IT work has already been automated or passed to a third party.

CIO.com: You noted that buyers seem cautious about models that include outcome-based pricing, preferring hybrid and fixed-price models (which accounted for some 95 percent of deal value over the last three years).

Brown: We continue to see companies with fixed-price deals with some level of variable pricing to account for changes in volumes. [Our survey] found that there has not been much recent change in pricing models employed [over the last year and a half]. We do not see any reason for major shifts in pricing models in the next 18 months.

Clients are having conversations about outcome-based pricing. As an example, some are assuming that outcome-based means a share in the savings or outcome—similar to incentive fees. This is seen more on the business process side rather than IT. Others view the outcome as a holistic metric or combination of metrics that drive an outcome (for example, reduction in bad debt or collectibles). A challenge with this approach is that the outcome may be too high-level with many variables affecting the outcome not directly correlated to the service provider’s efforts.

CIO.com: Isn’t there more for customers to gain from business outcome-based deals?

Brown: There is more to gain, but there is more risk. This has been the issue with these models for 20 years. Both buyers and providers like the reward, but not the risk exposure.

Even when buyers and providers can come to terms with a model for risk/reward or gain-sharing, it is difficult to contract and work into service levels. It is often in the contracting phase where these models unravel. Many buyers are also still concerned that they do not have adequate visibility into service provider operations and costs to fully vet the input to any models that are used to calculate gains.

CIO.com: If customers want to move beyond purchasing commoditized services (which are unlikely to deliver huge cost savings in the future) and are looking to service providers to help them in other areas such as market expansion or product development, won’t they have to embrace new outsourcing models?

Brown: Yes, as buyers focus on the benefits derived from outsourcing above and beyond cost savings, different pricing models, such as outcome based pricing or subscription pricing, must become more prevalent.

It is important to distinguish between new or different pricing models for these newer service delivery goals and applying these models to traditional efforts focused on cost savings. The pricing model employed needs to fit the goal of the effort. Supporting market expansion could carry a fixed cost based on infrastructure investments, and also that variable cost of meeting certain goals relative to time to get operations up and running, the portfolio of services made available, and meeting required deadlines.  It could also carry a market cost element based on the provider “selling” service capabilities once infrastructure is deployed, similar to a cloud pricing model.

Supporting M&A, however, could require much different pricing tied to incentive(s) to achieve a set of goals in a specific time frame. Another M&A scenario could see a buyer seek the ability to easily and quickly ramp up or ramp down services to support the acquisition or divestiture of assets and thus have a higher demand for flexible pricing models. But with both of these examples, the provider is also at risk given many new market penetration and M&A efforts do not meet stated goals largely because the goals were unrealistic or the client could not execute as required.

CIO.com: And what do you tell IT outsourcing buyers about moving beyond a cost cutting mindset?

Brown: Determine where IT can bring the most value to current business strategic initiatives and, from that, determine what it takes to do so. Develop valid and defensible business cases for any investments, initiatives, and efforts that are not just promising cost savings. Develop realistic, multi-year ROIs for any investments that create a loss early on. Ensure the CIO is loosely aligned with business leadership and has the true credibility needed to ensure IT is viewed as a strategic asset and not just a cost center. Our recent CIO survey showed a lot of misalignment between CIOs and line of business and corporate executives in terms of priorities and top investment areas—this is a recipe for recurring problems.

CIO.com: And what advice do you offer outsourcing customers who are interested in adopting new outsourcing approaches?

Brown: Don’t over-engineer any pricing model.  Be realistic and start small. Ensure there is adequate visibility into all cost and pricing elements so as to be able to accurately perform required calculations. Take a truly collaborative approach with service provider(s) in developing models; remember you get what you pay for, and the providers need to make a profit. Monitor closely, adjust as needed, and quickly identify root cause of any problems, errors, or inaccuracies.