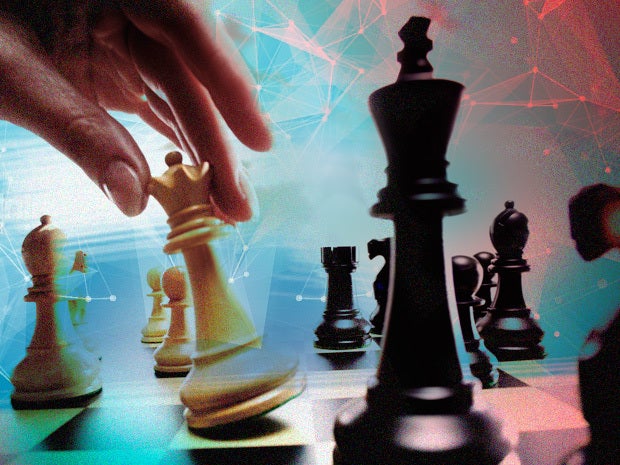 To say the tech job market is competitive is an understatement. Companies are looking for any advantage when it comes to recruiting and retaining talent. Some of the smarter companies are actively creating communities of alumni, hoping that many top performers will choose to return to their organization.

A recent informal poll from career management and job search site Monster.com of U.S. workers showed that more than half of respondents say they’d consider returning to a former employer, while 29 percent of people responded that they already had or were currently a “boomerang.”

This is great news for employers looking to fill critical IT roles, as boomerangs — at least those who left in good standing — don’t need as much time for onboarding, are already familiar with a company’s technology and culture and can often contribute to productivity much more quickly, says Vicki Salemi, careers expert for Monster.com.

“This says to us that companies are now a revolving door — and that’s a good thing. Rehiring boomerangs decreases our time to fill and our time to onboard. Companies already have ‘intel’ on former employees, so you can look back and say, ‘Oh, this person was wonderful, maybe now they’re more senior, or they have new skills or better experience they can contribute here,'” Salemi says.

A July 2015 survey of more than 1,800 HR professionals, managers and employees by research and consulting firm WorkplaceTrends.com in conjunction with The Workforce Institute at Kronos called Boomerang Employees and the Organizations They Once Left shows that while organizations appear increasingly more accepting of boomerang applicants, 80 percent of employees surveyed say their employers do not have a strategy in place to encourage them to return, and 64 percent say there appears to be no strategy for maintaining a relationship after workers leave.

“Technology and social media have made it much easier and more cost effective for businesses to communicate with alumni. Facebook groups, LinkedIn, email newsletters and the like are all free or low-cost ways to maintain that relationship with your former talent,” says Dan Schawbel, founder of WorkplaceTrends.com, and a partner and research director of executive development, research and advisory firm Future Workplace.

HR practitioners say they use several strategies for keeping in touch with former high-performing employees; 45 percent of survey respondents use email newsletters, 30 percent frequently reach out through recruiters and 27 percent have formed alumni groups. Facebook is the platform of choice for alumni groups according to 42 percent of HR professionals responding to the survey, with email and LinkedIn close behind at 39 percent and 33 percent, respectively.

If you don’t already have an alumni strategy in place, look at how colleges and universities are structuring their alumni networks and take a page from their playbook to get started, Schawbel says.

“What works for colleges and universities can work for businesses, too. While educational institutions focus on groups of people who were in the same graduating year, fraternities and sororities, majors, extracurricular activities, companies can focus on departments, skills, even people who attended the same training sessions — the possibilities are endless,” Schawbel says.

“Businesses need to leverage these tools and see them as a pipeline. Forming these communities can ensure you have a whole bunch of ‘warm leads’ in the event a position opens up. And for candidates, even passive candidates, it’s just good business sense to keep up with these relationships,” he says. Even if you’re not interested in returning to a former employer, perhaps a former co-worker’s connections and expanded network can help you land your dream job, he says.

Read all about it

An email newsletter or, if budget allows, a physical magazine or brochure can be a great way to keep in touch with company alumni, too, says Salemi. The trick is to make sure you’re consistent with distribution; sending monthly or quarterly with updates on events, new initiatives, corporate philanthropy and volunteer work and open positions will help keep your company top-of-mind for former employees, she says.

“Make sure you’re keeping up with posts in online groups, make sure you’re mailing a newsletter or a magazine out on time. Sticking with that shows a lot of investment and that you genuinely care about engaging and building those communities. It’s very similar to a recruiting strategy, in that you want to make people feel valued, whether or not they work there anymore,” Salemi says.

An alumni or boomerang strategy can also be a way to generate referrals, Salemi says. Monster.com data shows that 20 percent of hires are through employee (or former employee) referrals, and that those hires tend to be higher-quality. With a well-established alumni strategy, it can be simple to reach out and ask, ‘Who do you know that might be a good fit?’ she says.

“You should look at everyone who works and who worked for your company as a loyal, lifelong friend to the company. Even if they don’t want to come back — yet — it can be a great way to expand the network of potential candidates. Companies really need to see the value in this kind of networking,” Salemi says.

If you’re truly doubling down on an alumni/boomerang strategy, consider inviting former employees to in-person events, Salemi says. Whether you’re including them in a yearly company picnic, inviting them to hear a speaker or to participate in a job fair, that in-person experience can be really valuable.

“Nothing beats a handshake, eye contact, a conversation and a smile. Consider inviting alumni to team-building events you’re doing with current employees. Maybe you could host a company picnic, or invite a recognized thought-leader from your industry to speak. It’s a great opportunity to make them feel connected and engaged and to further network with you and with current and former employees,” she says.