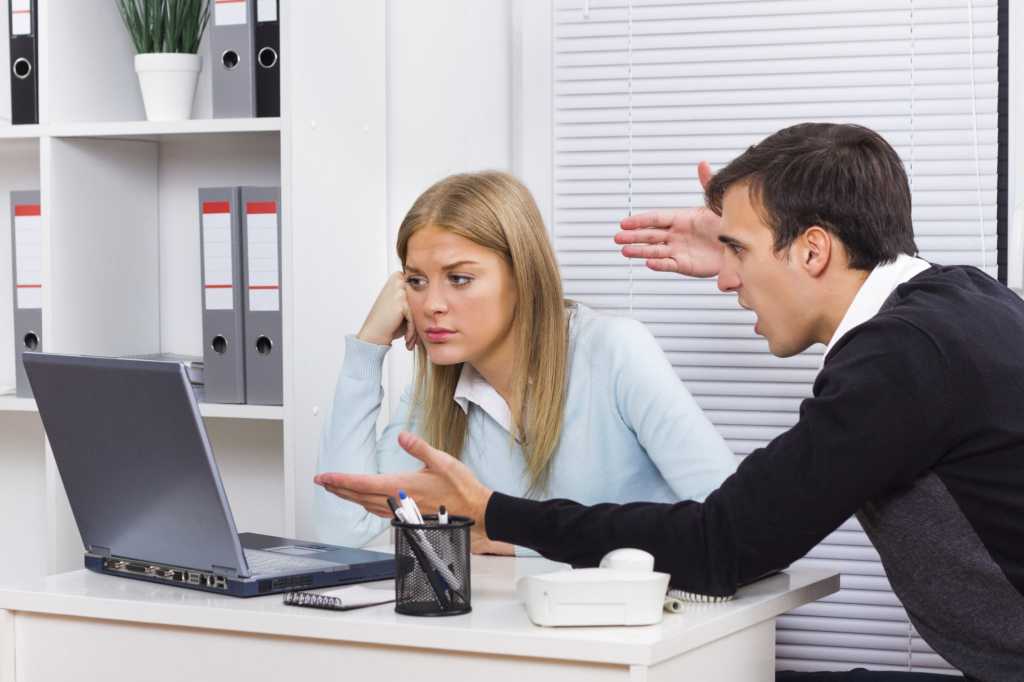 Everyone’s known a “toxic” colleague. Maybe someone who’s bullied them, undercut their achievements, or committed fraud or theft. Worse still is when that person seems to get away with it — maybe they’re also smart, motivated, highly productive — but at what is it costing your business? According to Harvard Business School’s visiting assistant professor Dylan Minor and Cornerstone’s Michael Housman, the cost to your organization’s overall well-being is too high to tolerate a toxic worker.

While there’s been a lot of focus on how organizations can find and develop “rock stars” and their overall impact on performance and productivity, much less has been said about how to deal with toxic workers.

Minor and Housman’s working paper and their guest post on Google’s re: Work blog break down the findings of their research into 60,000 workers across 11 firms in various industries, including communications, consumer services, financial services, healthcare, insurance and retail.

[ Related Story: How one CTO built a culture of trust and engagement ]

The cost of toxic workers

“We find that a superstar, defined as the top 1 [percent] of workers in terms of productivity, adds about $5,000 to firm profit per year, while a toxic worker costs about $12,000 per year. So the effect of keeping one toxic worker wipes out the gains of two superstars and then some. This suggests more broadly that ‘bad’ workers may actually have a stronger effect on the firm than ‘good’ workers,” Minor and Housman write in the post. Their findings also point out that these toxic workers are many times much more productive than the average worker, which may explain why they tend to stick around an organization longer than they should.

Toxic employees are bullies, and they can have a hugely negative impact on your entire organization, according to Julie Moriarty, senior vice president of training and awareness at NAVEX Global, an ethics and compliance software company.

“Bullying has a hugely negative impact on an organization as a whole. Whether you’re a direct victim or whether you’re a witness, it’s going to impact your ability to work in teams, it decreases productivity and it can affect businesses’ ability to recruit and retain talent. A lot of the best employees come through referrals, and no one’s going to refer their friends, family, colleagues to an abusive work environment,” says Moriarty. In more extreme situations, she notes, this can create a PR nightmare for businesses, which also may be subjected to expensive, high-visibility lawsuits if victims choose to prosecute their attackers.

What makes the situation even more complex is that some organizations are actually benefiting from bullying behavior, says Gary Namie, who along with his wife, Ruth, founded The Workplace Bullying Institute to provide resources and information about the issue. There’s a fine line between being an aggressive, hard-driven, high-performing go-getter that’s bringing in profits and closing deals and being a bully; particularly if a worker has used aggressive bullying tactics in the past and been rewarded for that behavior, Namie says.

“Many of these bullies are praised for similar behavior, under different circumstances. They’re pushy, they’re ruthless, cunning and they’ll do whatever it takes to get ahead, to win — and that helps them succeed and the business succeed,” says Namie.

“It’s true more often than not in the workplace that bullies ‘fail up.’ The challenge in a workplace is that a lot of times, the same qualities that make aggressive, nasty bullies also make them quite good at their job. If they’re high performers, great salespeople, major earners, that’s all the company’s looking at. And, so, the victim’s fighting an uphill battle to get the company to see past that person’s performance,” Moriarty says.

[ Related Story: 7 holiday workplace horror stories (and how to prevent them) ]

How to take action

One way to address the problem is through a corporate ethics and compliance officer, or a team dedicated to that function. However, this position or team must report either to the CEO, the highest echelons of leadership, or to a board of directors to ensure it’s operating apolitically, fairly and objectively, according to Moriarty.

“An ethics officer, or a team of ethics and compliance specialists, must be an independent body; they have to be able to make hard, objective decisions — like firing or disciplining a bully — and have those enforced without being overruled or dismissed because of office politics or financial concerns,” says Moriarty.

Organizations should have a reporting process in place, too, and be prepared to offer anonymity for victims. However, doing so can make investigating claims of bullying more difficult.

“Most organizations would prefer you go to your manager, but if that’s not possible — sometimes, they are the bully — then, go to human resources. Public companies often have a hotline or a reporting structure in place so they can track complaints and work to address them,” says Moriarty. If those options aren’t available, or aren’t effective, there may be legal recourse victims can take outside of the corporate structure, Namie says.

WBI statistics show that even when bullies are reported, approximately 44 percent of businesses do not take any action to rectify the situation, but while this willful ignorance might help companies in the short term, it’s ignoring the long-term effects and far-reaching impact of the behavior according to Moriarty.

“Businesses that do nothing are trading short-term gain for long-term pain, as I like to say. By the time they understand the damage that’s being done to their productivity, their retention and their public reputation, it’s much too late. Employees won’t ever forget that; they’ll always remember that your company chose to do what was financially right over what was morally right, and your business will suffer for it,” says Moriarty.