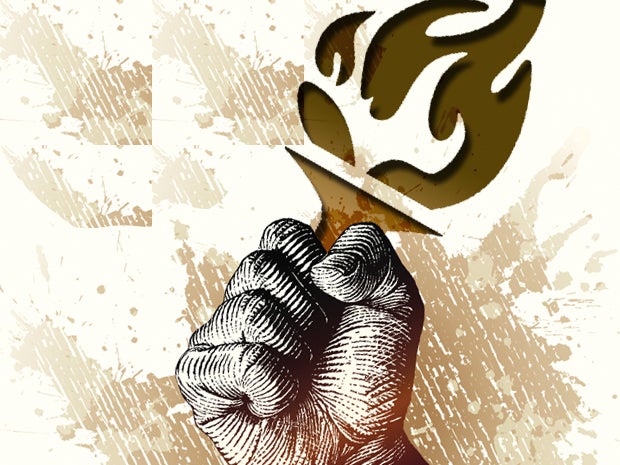 Former Intel CEO Andy Grove memorialized those mantras 20 years ago, but they ring true today. It takes a special breed of CIO to drive change in a world where technology is enabling enterprising startups to disrupt industry incumbents, which in turn cross over to other industries, says Michael Fitzgerald, CIO advisory leader and partner of IBM Global Business Services.

In IBM’s Redefining Connections study, Fitzgerald reported that 63 percent of 1,805 CIOs surveyed worldwide ranked industry convergence as the biggest business trend on the horizon, with 50 percent bracing themselves for an influx of rivals from other industries. Some 77 percent attribute technology –as the chief facilitator of the phenomenon.

[ Related: CIOs must know their customers to know the business ]

“CIOs everywhere realize the barriers between formerly distinct industries are collapsing, as companies in one sector apply their expertise to others – producing new hybrids and erasing traditional industry classifications in the process,” Fitzgerald wrote.

Threats from tech companies such as Uber and Google are forcing auto-manufacturers into ride-sharing and autonomous driving. Imagine if one day Ford or General Motors turn the tables and pose a major threat to their tech rivals. For a modern-day example of industry crossover, consider General Electric, which is using software and sensors to capitalized on the emerging Internet of Things phenomenon. The industrial giant’s Predix analytics software, which anticipates when turbines and other engines will fail, could become a huge software business to rival leading software vendors.

Salesforce.com CEO Marc Benioff recently opined that companies fear being “Uberized out of the world.” It’s a legitimate fear among CIOs.

That is why it takes a torchbearer – a CIO both innovative and capable of driving revenue growth — to manage IT in a world where every company is essentially becoming a technology company. Fitzgerald says torchbearer CIOs demonstrate their ability to be innovative while showing a “superb financial track record” and the ability to grow the business. Torchbearers are transformational CIOs, with a predilection for peering around the corner, anticipating business threats and boosting profits.

Fitzgerald enumerated some of the hallmarks of a torchbearer:

Go agile and innovate in digital: Torchbearers create agile operating cultures, digitizing the front office and strengthening the IT department’s skills. They split big projects into smaller, more manageable chunks, delegate tasks to different teams and give them the freedom to get on with the job. They may regularly rotate their staff to give them experience as project managers and business analysts, easing bureaucracy within the organization. Above all, they aren’t afraid to experiment, to fail fast and iterate to innovation. “The only way to stay ahead of disruptive change is to embrace it, which means being able to develop and release new products and services within weeks or even days,” Fitzgerald explains.

Partner with marketing: Recognizing that few businesses can provide the full array of products and services customers want, torchbearers partner with marketing and other digital constituents to tailor digital products, such as mobile applications for customers. Collectively, they can innovate more rapidly and extend both their reach and range, without assuming the entire burden of risk themselves.

Knowing the customer cold: Many CIOs rely on thought leaders and market research firms to divine customer needs, but torchbearers go the extra mile. Nearly half turn to external customers for pointers on what’s coming down the pike. Torchbearer CIOs are also more likely to reassess the customer segments their organizations target. “The torchbearing CIO is out there getting that data for the business and is bringing it to the business,” Fitzgerald says. This positions the business to stay ahead of the emerging competition and disruption.

Fitzgerald identified only4 percent of CIOs as belonging to the select torchbearer category, compared to the 35 percent of CIOs he identified as market followers, whose companies post weaker financial results and are slower to innovation. That number will have to ratchet up significantly if businesses are to thrive or at least survive.

“How do we make sure that somebody doesn’t come along and make us obsolete? There’s disruption going on every day. Don’t ever sit back and think, ‘I’m just going to perform business like I’ve always performed business, because we’re the 800-pound gorilla and no one can touch us.’ Au contraire. That’s not the case. No matter who you are and what industry [you’re in], if you aren’t thinking about how you disrupt, stay disrupted, and put the consumer above all else, you will be obsolete, I guarantee that,” Blum says.

It falls to Blum and her peers at other Fortune 500 and larger companies to ensure that this doesn’t happen.