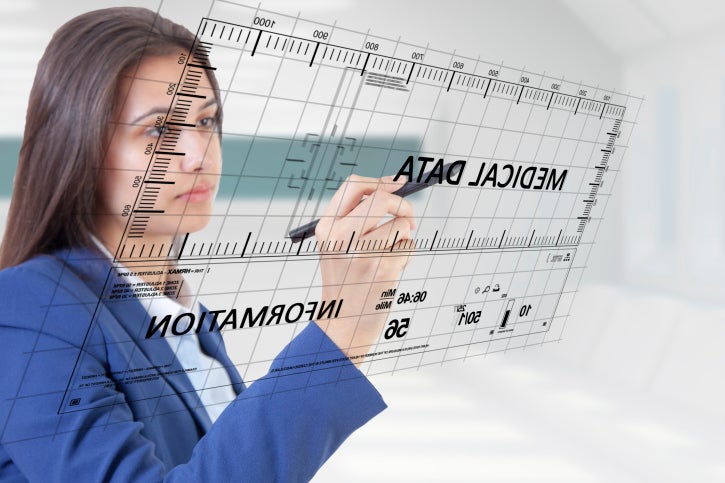 Healthcare CIOs are facing new challenges as their organizations shift toward a care delivery model known as “population health management,” or PHM. Essentially, PHM aims to improve the health of a patient population in order to reduce the cost of caring for that population. Healthcare organizations are being forced to take this path because Medicare and private health insurers are replacing payments based on the volume of services with payments based on “value” – which roughly translates to “higher quality at lower cost.”

PHM requires a sophisticated health IT infrastructure. A key part of this infrastructure consists of clinical and financial analytics. These tools support the clinicians who manage population health and help financial executives manage within a budget, respectively. Supervising clinical and business intelligence for PHM was not even listed in a 2013 CIO job description from the Health Information and Management Systems Society (HIMSS). So while no CIO job requirement has been eliminated since then, a whole new domain has been added … in theory.

But John Moore, founder and CEO of Chilmark Research, a firm that reports on the health IT business, says that, in reality, many CIOs are not directly involved in the new analytics work. “They pulled analytics away from the CIO because the CIO doesn’t have the bandwidth to deal with it,” he says.

Analytics experts give CIOs no respect

Moore recalls asking PHM analytics experts at a recent conference who they report to. Some said they reported to CFOs; others reported to chief medical officers (CMOs), to service line leads or to whomever had P&L responsibility for the accountable care organization (ACO) affiliated with their healthcare system. Only one analyst mentioned the CIO in her organization.

“The others turned around and said, ‘Really? We can’t give our CIO anything. They’re so overwhelmed with the EHR [electronic health record] that they can’t do anything right now. They’re just keeping the lights on.’” Among the CIO’s main tasks, Moore notes, are maintaining network services and security, implementing EHRs and upgrading their systems. PHM analytics are an additional layer of complexity they don’t have time to deal with, he avers.

Dennis Weaver, MD, executive vice president and chief medical officer, consulting and management division, for the Advisory Board Co., agrees that CIOs don’t always supervise the analytics area in healthcare organizations. However, he doesn’t see them being taken out of the loop. Instead, he says, the CIOs are working closely with the “operators” – the CFOs, CMOs and so on – to whom the PHM analysts report.

[Related: In pursuit of HIPAA, a new compliance gap arises]

“The best organizations are taking more of a dyad approach,” Weaver observes. “The operator and the technologist are both at the table, having that conversation, so you’ve got the right technology support to support the operator. A lot of times, the operator may be running the analytic shop. But one of the things we’ve found is that while the CIO may not be running the analytics shop, the CIO is a critical partner. Because to do the analytics, you have to both collect the data and then pull it out of the operational data warehouse and put it into an analytic capability to be able to analyze it.”

What happens in organizations where the analysts report to the operators and the CIO doesn’t have input? “Those places that have gone to the operator model find that begins to break if they don’t keep a consistent relationship with the technology folks,” he responds.

Tension in the C-suite

There is a tension between everything that CIOs must do to keep the lights on in hospitals and other parts of healthcare systems and the complex demands of supporting PHM, Weaver acknowledges. “But it’s not different than what else the CIO has to do,” he says. “There’s also a tension between the CIO and the CFO to make sure all the functions around revenue cycle management work. There’s a tension between the CIO and the CMO when the EHR goes down. That’s just the role of the CIO. I don’t know that I see that tension has changed dramatically. Now there’s the population health management component, which is the new ‘customer,’ if you will, and they’ve got to service that as well. But the good CIOs do it.”

Where a lot of healthcare organizations go wrong, Weaver notes, is in not striking the right balance between clinical and business intelligence – which are closely interrelated in PHM. “In the clinical component, you’re looking at [health] risk stratification, clinical decision support, disease registries, gaps in care, and outcomes measurement, but many organizations have focused too much on the clinical side and haven’t focused enough on the financial side. What revenue is being generated, whether it’s fee for service or risk-based revenue, and what’s the cost of those operations?

“Healthcare leaders are focused on population health and the analytics that go with it. But I think they’re too focused on the clinical analytics and they need to focus more on the financial component.”

These are the kinds of strategic decisions that C-suite executives must make as they enter the new, uncharted realm of population health management. Here again, they will need to rely on the expertise of CIOs who understand what is involved in analyzing data for both their clinical and financial implications.

In interviews with InformationWeek Healthcare three years ago, leading CIOs said that they were taking an increasingly important role in their organizations’ strategic decisions. For example, Ed Marx, then senior vice president and CIO of Texas Health Resources (THR), said he was helping to shape THR’s business strategies as a member of its leadership council. He estimated that about 70 percent of his job was strategic and 30 percent was operational.

Marx also emphasized the need to ground health IT in clinical knowledge. He and his senior staff members all “rounded” regularly with clinicians in one of THR’s hospitals to understand the nuances of clinical workflow, he said.

A healthy dose of collaboration

Joy Grosser, CIO of the seven-hospital Iowa Health System, said that her organization consistently sought feedback from its doctors, nurses and administrators to inform its strategy in population health management. This wasn’t merely about preparing for the future; the Iowa Health System already had an accountable care organization with contracts covering about 100,000 people.

“We are an IT-enabled organization,” she said, explaining how clinical and IT staff worked together. “We want our strategic plan to be enabled by IT and information, but not to have compromises to that strategic plan made by IT. We want to drive side by side with the providers: collaboration is what we’re trying to accomplish.”