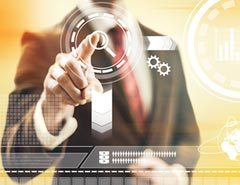 With just a short amount of time to go until Microsoft officially kills off SQL Server 2005—i.e., no more hotfixes or security updates—the installed base of 800,000 to more than 2 million servers running the venerable relational database management system will need a replacement. The question is which way to go: SQL Server 20XX, cloud, hybrid, or something else?

Doing nothing is not an option: your next relational database management system (RDBMS) will need to address the areas of concern that necessitated SQL Server 2005’s end of life: explosive data growth, new data types, new demands, and new threats. According to a Microsoft-commissioned Forrester Consulting study, upgrading to SQL Server 2012 or 2014 provides a 113% ROI, with benefits and cost savings including user productivity and error reductions, IT resource productivity and support reductions, profit from direct and sales-led revenue, customer churn cost savings, cost reductions of improved security, and annual software and hardware savings.

If you want to stay with Microsoft, options include:

• SQL Server 2012, with such bells and whistles as ColumnStore indexes; support for Windows Server Core, PowerView, and enhanced auditing; AlwaysOn; and Distributed Replay

If you want to look at alternatives to SQL Server, then be prepared to do a lot of homework. According to Gartner Magic Quadrant for Operational DBMS 2015, it’s a two-horse race between Microsoft and Oracle, but leaders include: Amazon Web Services, IBM, SAP, and MongoDB, with another 20 vendors, most of them relegated to the niche category.

There is no shortage of options, just within Microsoft’s software and services portfolios, as well as a variety of competitors anxious to woo everyone looking to move on after SQL Server 2005 bites the dust. With data becoming increasingly more important to organizations’ continued existence—according to Forrester, “all companies are in the data business now”—all that data will have to be folded, spindled, and mutilated somewhere. The odds are that the somewhere will continue to be some flavor of Microsoft SQL Server.