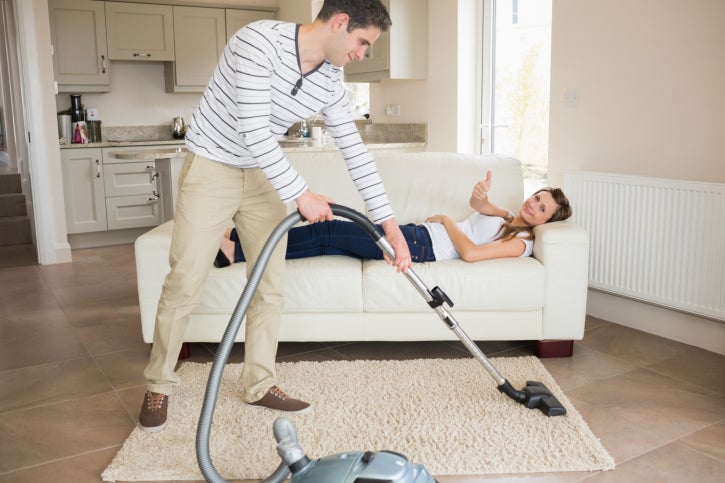 I hate to admit that I’m old enough to remember watching the ’70s sitcom, “The Odd Couple.” (However, please note that my more vivid memories are of watching the reruns). To me, the show’s opening was the best part. It told the story of how Oscar Madison and Felix Unger ended up as roommates, and at the end asked:

Can two divorced men share an apartment without driving each other crazy?

Of course, the answer was no. Oscar and Felix did drive other each crazy, but they also knew (even if only subconsciously) that they needed each other. Oscar was the Yin to Felix’s Yang. The relationship was not unlike the one between today’s CIO and CMO, as contributing writer Beth Stackpole recently reported for CIO.com. Before you slam your mouse down in anger or wander away confused, I’m not being literal. I’m not saying that CIOs and CMOs are disturbingly messy and hopelessly disorganized like Oscar, or obsessive compulsive and freakishly neat like Felix. And they certainly don’t (all) drive each other crazy.

While not literally like Oscar and Felix, the link between the two C-level executives is symbiotic, typically pairing executives with different skillsets, backgrounds and perspectives. CIOs today are more business focused and customer facing, which means they must collaborate with marketing more closely. According to our “State of the CIO 2016” research, more than two-thirds of you spend time consulting with marketing to determine requirements and evaluate potential vendors for the marketing team.

And while it’s often easy to see marketing and IT at odds, the reality is that, like Oscar and Felix, the CIO and CMO know it’s right to work together. After all, as Forrester analyst Sheryl Pattek told Stackpole, “Customer experience is becoming a hot button — not just for the CMO, but across the C-suite. Customers expect a consistent experience and they expect a company to know who they are from device to device and from touch point to touch point. You can only do that with technology.”

Stackpole’s story chronicles the CMO-CIO relationships at Akamai and SAS Institute, highlighting how the partnerships between the executives can thrive. It has to. CMOs aren’t a patient bunch. As Pattek points out, it’s not uncommon for them to venture into the realm of shadow IT and engage with SaaS marketing platform providers, for example, only to find the pieces they brought in don’t integrate or provide a consistent experience. “They need help and turn to the CIO,” she says.

What’s the marketing and IT relationship like at your company? Which department is Felix, and which one is Oscar?