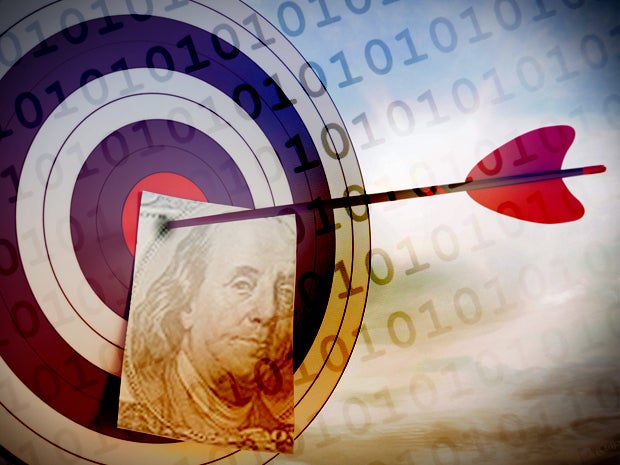 Enterprises today accumulate a lot of data, which they typically use internally for CRM, sales forecasting, and marketing strategies, among other things.

But some savvy companies, particularly those in the technology industry, share this data with the media and the world at large. The benefits of data-driven content marketing can be considerable. Here’s how some companies leverage their own data for marketing, brand awareness, and thought leadership, along with tips and best practices for success.

Successful data marketing doesn’t have to be expensive

Akamai Technologies, a Cambridge, Mass.-based content delivery network services provider, has an annual marketing budget of about $32 million, according to Brad Rinklin, the company’s CMO. That budget number is less than what it was in the late 1990s, when Akamai was a startup. Despite the lack of a dedicated advertising budget, Akamai continues to grow, with $2.2 billion in 2015 revenue, up 12 percent year over year.

To continue boosting revenue without bumping up marketing budget, Akamai attempts to grow brand awareness by, in part, publicly sharing data collected by its own Intelligent Platform, according to Rinklin, who spoke during a session at the March 2016 MarTech USA conference in San Francisco.

[Related: What is data-driven marketing?]

Akamai’s quarterly “State of the Internet” report, for example, provides insights from data its Intelligent Platform gathers. It includes global Internet statistics, such as average connection speeds by country, IPv6 implementation, mobile connectivity, and broadband adoption. The report doesn’t cost Akamai any money, Rinklin said, aside from some minor content creation costs. However, compared to its other marketing efforts, the report earns more media attention and inbound links, which can increase traffic to Akamai’s site and help with SEO.

The report “is the single most successful marketing program we have,” Rinklin said. “We took a gold mine of data and we’re leveraging it to create brand awareness and thought leadership, which is in line with our overall marketing strategy.”

Every month, job search site Monster publishes a list of the top 100 companies that posted the most jobs on its site.

Monster has a “treasure trove of data that could be helpful to our job seeker audience — we know who is hiring — while simultaneously helping to market our customers’ job listings,” says Monster’s senior director of marketing and managing editor for content, Margaret Magnarelli.

In the monthly blog posts that announce the top 100 list, Monster hyperlinks each company name to its job search results page on Monster. The post stays on the Monster homepage for the month, and it is distributed widely through CRM software, promoted on social media, and optimized to drive traffic from search engines, Magnarelli says.

Monster started posting the blog list in January. Since then, the posts received 286,000 page views and more than 6,900 social shares, according to Magnarelli.

“The initial post in January was syndicated by one of our partners, Fortune.com, generating over 7.4 million more impressions,” Magnarelli says. “And rather than scaring off customers, we’ve seen interest from them. They’ve been asking questions about how to get on the list, and they’re sharing our tweets about the posts that mention their companies. Our sales reps have begun to leverage these posts with clients, and we’re currently working with our B2B marketing team on a strategy for using the posts to help further promote sales.”

Reveal Mobile, a mobile intelligence firm, developed technology that gathers mobile analytics for its customers from billions of data signals. The firm says it has the “world’s first [Bluetooth] beacon-powered audience database,” which captures analytics from opt-in, location-sharing users based on mobile device latitude and longitude coordinates.

Reveal Mobile’s SDK is built into a nationwide network of mobile apps, which enable the firm to “detect, locate and classify beacons in the United States,” according to Matthew Davis, the company’s vice president of marketing.

The firm used its data to build TheBeaconMap.com, which is “one of the most successful examples of using our data for marketing,” Davis says. The map shows all the locations where Reveal Mobile was able to detect and classify Apple iBeacon and Google Eddystone beacons, at locations including Best Buy, CVS, and Apple stores.

The firm’s goals with its beacon map are “to educate the market on how many beacons companies are deploying and to share use cases on how data generated from beacon interactions becomes valuable,” Davis says.

The beacon map is also meant to raise awareness of the company and facilitate discussions with new prospects, according to Davis, who says the map helped to nearly double page views and visitors to its website since its launch on January 5, 2016. Prior to launch, the Reveal Mobile site saw an average of 1,600 monthly page views and 800 visitors, compared to its 3,000 page views and 1,500 monthly visitors today. The map also helps customers identify ways to identify and collect the most useful mobile audience data and develop more use cases for ad targeting, he says.

Even if your company doesn’t generate data to sell to clients, it can benefit from conducting original research and sharing the results.

Solar Power Authority is a resource for consumers who are considering solar power. The site offers information on the costs of installing solar equipment, a related savings calculator, and a solar news blog, according to Brooke Nally, the site’s content coordinator.

Solar Power Authority strives to post data-rich content on its blog that “will not only be useful for our readers but will be shareable and backlink-worthy as well,” Nally says. “One way we’ve been able to do this is by finding interesting data and turning it into shareable content.”

For a recent blog post, “Top 10 U.S. solar-powered universities and how they’re doing it,” the organization researched universities based on criteria, “such as how long the university has been using solar power, what type of solar energy it uses, how many kilowatt hours are generated per year, and how much of the campus’s energy is used from solar energy,” according Nally.

The goal is to increase exposure to its brand and the research, Nally says. The company contacted universities on its top 10 list to let them know they’d been chosen and to inform them of a tentative posting date for the list. After the post went live, Solar Power Authority sent the link to the universities in hopes that they’d share it across social channels and on their own sites.

1. Marketing collaboration with IT is key

Akamai’s marketing team meets regularly with its IT department to devise new data-driven marketing projects and efficiencies, according to Akamai CMO Rinklin, who spoke to CIO.com following the MarTech USA event in March. The marketing and IT teams jointly present new project proposals to the executive team, he says. IT is “always a partner of ours, and we’re always sharing credit for successes. It’s a win for both departments.”

2. Make sure data is accurate

“You want everything to be as close to perfect as possible, especially when people are using you as the source and possibly building case studies or reports off your information,” says Amy Medeiros, a marketing manager with BroadbandSearch, which strives to give consumers easy access to information about their local ISPs and cable operators.

“The worst thing you can do is get a lot of press about your data, then have a competitor or a major publication say your data is crap,” Rinklin says.

To avoid such a scenario, companies can engage a respected third-party, such as a professor at MIT or Stanford, a data scientist, or an industry analyst, to review findings before releasing them to the public, according to Rinklin. Vetting data with a third party is especially important if your findings go against what has been reported elsewhere in the media, he says.

It’s a good idea to plan data collection and sharing projects months in advance, according to Stacey Miller, a senior communications manager with Cision. “Create an editorial calendar so you can figure out what you want to collect, when and why,” she says. “Then identify the people who will help with each component: the collection, the analysis, the visualization, [and] the dissemination.” (Cision uses data from its own social network and media intelligence software to provide perspective on national events, such as the Super Bowl and the Oscars.)

4. Focus, and don’t try to do to much with data

With so much data available today, it can be difficult to decide what to share and how. Organizations should focus their efforts on data sets “that prove your value as a company and your thought leadership,” and make your data-driven reports “tight and understandable at first glance,” according to Rinklin.

“It’s nice to throw around numbers,” says Asaf Darash, CEO of Regpack, a company that makes online registration systems. “But you need to explain what those numbers mean, what the implications are, and why the numbers matter.”

“Nurture relationships with the press before you share anything with them to increase exposure,” says Real Mobile’s Davis. “Cold emails to reporters convert at a low rate.”

Companies should also work with industry analysts and reporters to find out what types of data they can provide to support areas of focus, Rinklin says. Serving as a reliable source to analysts and press can lead to increased coverage and positive exposure for brands.

For small businesses in particular, the biggest challenge of sharing data publicly is the need to manage resources, according to Davis. Reveal Mobile “is a small company, and we had to consciously decide to invest in ‘data for marketing’ instead of building features for customers” or focusing on other tech priorities, he says. “Fortunately, the beacon map was an interesting and exciting project to work on, and getting buy-in across the company was relatively easy.”

7. If you don’t already have data, create it

Organizations don’t need to invest money in expensive data-gathering technologies, according to Solar Power Authority’s Nally. Instead, they might create surveys about their industries or fields of interest using Google Forms or other online survey tools. Once you have enough responses, the findings can be used to create one or more pieces of content and contact people who might be interested in the results. “Not only are you getting exposure for your brand, you’re getting people interested in your data findings,” Nally says.

Constant data collection and analysis can quickly lead to “data fatigue,” according to Jamie Barnett, CMO of Netskope, which issues the Netskope Cloud Report. It’s important to focus on data-driven research that will have the most impact on key audiences and give them actionable best practices and ideas.