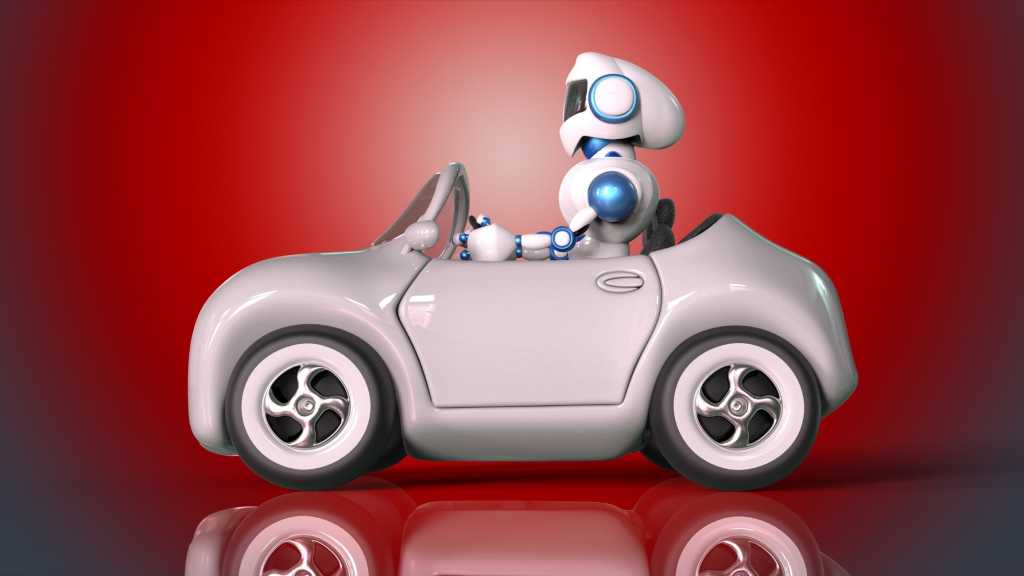 I’m finishing up at the NVIDIA GPU Developer Conference [Disclosure: NVIDIA is a client of the author]. The conference started out to be mostly about gaming, but now gaming is just a small part of the overall event, which has a massive professional VR, deep learning and automotive focus. The final keynote of the event was by Gill Pratt, CEO of Toyota Research. Toyota Research is not only heavily involved with the future of cars, but has been prolific with regard to robotic research. With the coming wave of autonomous vehicles coming to market this talk couldn’t have been more timely.

These are what I pulled away as highlights.

This is the number of people who die every year from car accidents. It continues to shock me just how big this number is. The focus of the autonomous car effort is largely to eliminate these deaths.

Our brains are amazingly power-efficient

Current electrical autonomous car systems take thousands of watts of power to operate while our brains only use 30 watts of power and they can drive cars part time (we tend to daydream while driving). The technological challenge is to create a solution that can perform this same task within the same power envelope.

Apparently, right now, a robot that looks like a person, and a robot that looks like a horse are both a hundred times less power efficient than the real thing. What a massive amount of research has discovered is that nature is naturally very power efficient. To animals, energy is very expensive so evolution automatically optimizes for power. This suggests that modeling after nature is the most successful path to solving this problem.

Neovision, a vision product created before deep learning, was a visual system created to emulate nature and instead of the typical model where complexity is expensive and power was cheap, it worked on the model that complexity was cheap and energy was expensive and the result was thousands of times more efficient. Basically, it was highly specialized and parts not used were turned off.

DARPA Synapse, which was an exercise comparing human brains to Von Neumann Computers, further support and found that there was a massive disparity between complexity and power between the two systems.   The conclusion was, for uses like autonomous driving, more hardware is better, but only if you can aggressively turn off what is not in use. The result will be smarter and more power efficient thinking machines.

One of the big problems with autonomous cars is the idea that when there is a problem the car will turn over control to an unprepared driver who likely will immediately crash.   Apparently there are three types of autonomy. (I have this mental image of a driver who has been reading a book suddenly being handed control of the crashing car just getting out “oh cra…” before boom). The three types of autonomy are series, interleaved and parallel:

Series is an order-based system where the person gives the robot an order and it follows it.

Interleaved is shared control like between a pilot and co-pilot. In a car this would be a case where the car hands off control to the user when it is in trouble.

Parallel this is where both the human and the robot are working together all the time and the robot learns from the human over time until it can operate autonomously. Basically, this would be teaching a car to drive like you would teach a human. The example was of a quadriplegic operator connected to a robotic arm both with and without computer assist. Without computer assist it was largely unsuccessful while with computer assist it was successful every time and the user never noticed the difference and attributed the success to skill.

This has resulted in two models. The “chauffer” model where you get in the car and it just drives you operating 100 percent of the time and the “guardian angel” model. This second model is in use today and provides different levels of intervention, today you see it in anti-lock brakes and accident avoidance systems. The first system can’t make a mistake, the second just can’t make anything worse (and generally makes them much better).

Toyota believes both methods will co-exist, in fact they are driving this (the CEO got to the “why” later).

One of the interesting examples he provided was of the DARPA Robotics challenge and the Uncanny Valley. Apparently, when the robots who were trying to operate mutinously failed the audience empathized with them. Some, almost in tears, were concerned the related injuries were serious. People connected with the not-so-human-looking robots and attributed living characteristics to them. This kind of suggests that when we have autonomous cars a lot of folks will likely treat them more like pets than cars (granted I think there are more than a few of us that do that with our cars today).

The CEO of Toyota has a number of priorities. They included safety, environment and mobility for all (regardless of infirmity or age). This is directly from Akio Toyoda’s CEO, and he added one more, that the firm should also maintain the aspect of “fun to drive.” I think this last is very important because that is what may be lost with autonomous cars, we could lose the fun aspect of the experience (granted when I’m driving in local traffic I’ve pretty much lost the “fun” part anyway).

Toyota produces 10 million cars per year, each car lasts around 10 years, so there are around 100 million Toyota cars in service. In total, Toyota cars drive over a trillion miles per year and a small problem could have a massive impact of safety and liability. This raises the stakes significantly for autonomous cars.

This is why Toyota wants both the chauffeur and guardian angel modes to coexist. In theory, in this way, cars will be as safe when you are driving or when the computer is driving. You will still get the feeling of driving but the system will aggressively protect you from harm or you can kick back and let the computer do the driving for you. I expect the result may not be that different than the car rides at Disneyland where you drive on a track and feel like you are driving, but are prevented from doing anything unsafe.

Toyota already had 200 people working on the guardian angel and simulation parts of the problem and they just added 50 people to work on the chauffeur method. This new effort will be driven by two professors out of the University of Michigan. There is a lot of sharing right now between manufacturers both in terms of people and ideals. In this effort all of the major manufactures are working together to assure safe progress is made and that the solutions, while not completely equal, are all safe and successful.

Kind of looks like the automotive industry is rediscovering open source.

The blending of human and machine

Pratt closed with a final picture of the quadriplegic patient using a computer aided system working in parallel with her to unlatch and open a door. This is a complex task and one that would have been impossible for someone as badly limited as the operator was.

While the focus of this was on autonomous cars, it showcases how these advances could be applied to make people that aren’t currently mobile and have limited capability fully functional and capable again.

A lot of folks talk about the singularity, the blending of human and machine, this presentation made it clear we are far closer than many now think.