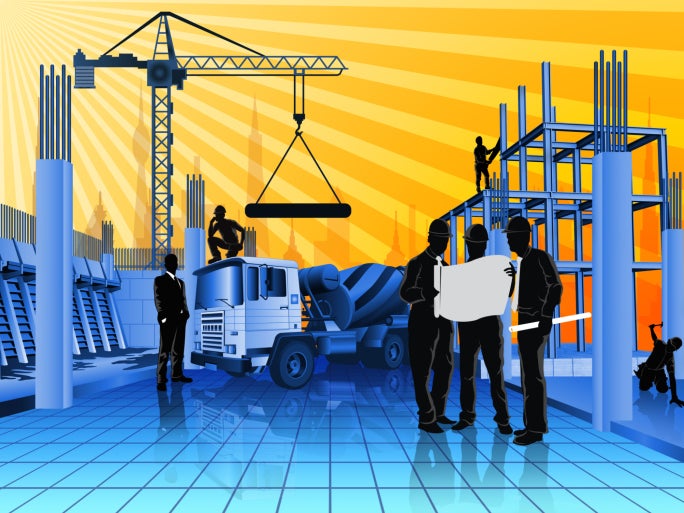 Dayton Superior is a global B2B company that has turned to analytics and optimization to align its prices with local markets.

You may not be familiar with Dayton Superior, but you know its work. Headquartered in Miamisburg, Ohio, the 115-year-old global nonresidential concrete construction company has supplied the concrete and other materials for bridges, canals, buildings and stadiums around the world, including the Panama Canal, new World Trade Center Towers and Trump Ocean Club.

“We’re very much involved in all the big, cool buildings going up,” says Dayton Superior CEO James McRickard, noting that the company has been heavily involved in the Hudson Yards project on Manhattan’s West Side — a 26-to-28 acre mixed-use real estate development over the West Side Rail Yard that will consist of 16 skyscrapers, a school and more than 14 acres of public open space. “We make the stuff that holds it all together.”

The company has a global footprint, but the construction industry, even the heavy construction industry Dayton Superior plays in, is a local and regional business. Prices for all manner of goods and services fluctuate based on the region, and the company was increasingly finding it difficult to compete with local vendors who better understood the economics of a particular region.

“The company had principally gone to market with a very traditional national list price,” McRickard explains. “We would publish our new pricing and our competitors, in about three minutes, would come up with their counterstrategy. What was missing in our business was what the price should be in New York vs. L.A. or Miami. We just didn’t know.”

McRickard took the helm as CEO of Dayton Superior in January 2013, and it soon became clear that price transparency was a major problem. The company published one central price list that was updated on an annual basis. The final price of any project was the list price, minus a negotiated discount.

It wasn’t a small list either. The company has roughly 17,000 SKUs across four main product lines: concrete accessories, chemicals, forming and paving. It also has about 3,000 distribution customers.

There were discounting guidelines in place, but the way the rules worked, nearly 80 percent of Dayton Superior customers were treated as large customers, regardless of their actual spend. To make matters worse, McRickard says, the discount decisions were generally a judgment call, meaning the prices were often irrational and inconsistent. The lack of pricing consistency meant that large distributors were incentivized to place large orders for warehouse stocking rather than small orders, and that significantly increased the company’s cost-to-serve.

[ Related: 10 questions to ask analytics vendors (before you buy) ]

In addition, prices were almost always misaligned with market conditions and customer expectations. The company did include a geographic aspect to the matrix prices, but it was rule-based rather than market-based. Frontline reps frequently found themselves either losing business due to overpricing or giving away unwarranted discounts.

How analytics aligns markets and pricing

McRickard concluded that Dayton Superior needed to apply analytics to the problem, giving it insight into its products, competitors and customers. With a data-driven strategy, it could deliver market-aligned prices to its sales reps.

A Zilliant team configured the application to generate optimized prices based on a set of factors defined by domain experts at Dayton Superior.

[ Related: The rise of the citizen data scientist ]

“I think we spent three to four months,” McRickard says. “You had to get all the data sucked into the database. There’s a gazillion transactions we run every day.”

Once the database was built, he says, there was some significant training involved, particularly on the customer service end of things, though he notes it became second-hand once everybody was up and running.

To drive a data-driven approach through the organization, McRickard needed his sales leadership team to step up.

“From a sales management perspective, I’ve made massive changes to make sure I had leaders that understand how to drive the tools through the organization,” he says. “When you have guys that are principally paid on commission, it helps to show them a path to new commissions.”

“I’ve got high compliance from my sales guys, in the mid-90 percent,” McRickard adds. “It actually started in the 90+ percent compliance range. We’d been preselling it, explaining it, telling them what it meant to them.”

The change management plan was carefully orchestrated. There was frequent communication reinforcing the company’s commitment to the new pricing initiative and the company held regular training sessions with the CFO, senior vice president of sales and Zilliant. Customer service, sales managers and sales reps all received a comprehensive understanding of the mechanics of the solution and how it created price guidance. Within one month, 98.3 percent of sales reps were leveraging the price guidance and quote turnaround time improved dramatically. That, in turn, allowed sales reps to be more responsive to customers.

At first, McRickard says, customers’ immediate reaction was that the new way of doing things was about higher pricing. But, in fact, he says, in many cases Dayton Superior had been quoting customers prices that were too high. The new guidance meant prices were more rational and more specific to each customer’s buying circumstances. The company held an open forum for 400 customers at its headquarters to explain its new approach and allow them to ask questions.

“Immediately the reaction is that this is about higher pricing,” McRickard says. “We spent a lot of time talking to customers more specifically about competitive pricing, bringing intelligence to it, letting them know what the market price should be. We did a hard sell on that. It was more difficult with our customers than with our own folks, but they get it.”

As a result of the new approach, McRickards says the company has reduced pricing process inefficiencies, eliminated inconsistent pricing practices and improved customer satisfaction. The company is now moving to implement Zilliant’s SalesMax, a prescriptive selling application that identifies and distributes retention and growth opportunities across the customer base to help sales reps retain customers and sell more.

“I think the next year or so for us will be running out SalesMax and really driving the intelligence for our sales team and giving them the tools to make much more efficient use of their time,” McRickards says.