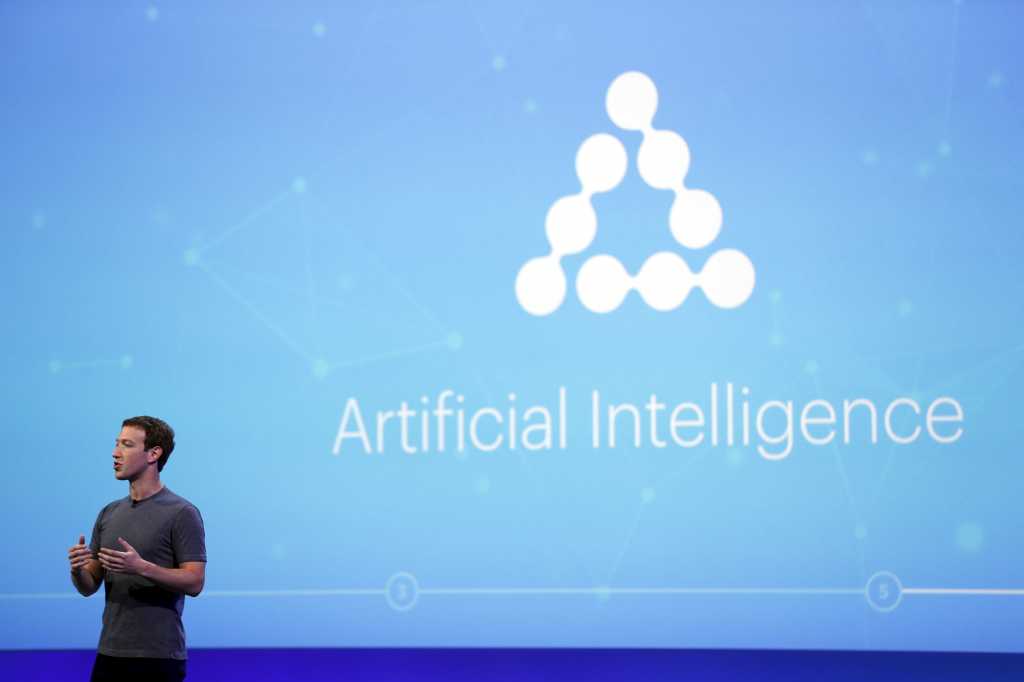 SAN FRANCISCO — Facebook isn’t worried about biting off more than it can chew and it’s making that abundantly clear here at F8 this week. During the span of an 85-minute keynote yesterday, company executives trotted on stage to discuss chat bots and artificial intelligence (AI) for business customer care, live video, virtual reality and a series of developer tool enhancements to bolster its mission of connecting people.

Facebook is looking to simplify mundane and repeatable tasks for businesses with new APIs that enable bots and AI to be built into Messenger, which  CEO Mark Zuckerberg called “the next big platform for private sharing.” With 900 million people using the app at least once a month, Messenger is one of fastest growing products in the world and the second most popular app on iOS globally, behind Facebook, according to David Marcus, vice president of Facebook’s messaging products.

More than 40 businesses have built services into Messenger to date and more than 1 billion messages are sent to business via the app every month, Marcus said. All told, users are sending about 60 billion messages per day on Messenger and WhatsApp combined, according to the company. Bots will let businesses automatically send and receive text or images, display buttons and calls to action, depending on the situation or request at hand.

How bots can save time and money

Instead of extending bots to users as a command-line interface, Facebook has developed a hybrid of conversational elements and user experience to boost engagement. Many of the core attributes of M, an AI-powered virtual assistant under development at Facebook, are also being made available via API to developers who want to build more complex bots.

Under the best of circumstances, bots can answer simple questions on topics such as local weather, directions to a store and shipment tracking, but the technology isn’t capable of handling more detailed tasks or nuances in language yet, according to Brian Blau, research director, Gartner. AI and deep learning are going to be pivotal technologies for the future of computing, but the industry is still years away from widespread adoption and developing the capabilities to support it, he says.

Bots have the potential to help in the same way a human customer support representative can, but Facebook’s goal for AI is to “build systems that are better than people at perception,” Zuckerberg said. Most businesses aren’t set up or equipped to use a bot as their only communication channel with customers, and they will undoubtedly have to give up some amount control in order to do so, according to Blau, who attended the Facebook event yesterday.

However, he says that businesses will have to squash those concerns because technology and business practices are already moving in that direction. “It’s just a matter of which platform they’re going to use. It becomes an issue if the business loses control of something they don’t want to lose control of,” Blau says.

“For bots, Facebook is providing a platform and access to customers,” Blau says. “They’re not in any way taking control over it because the business still has to build the bot, they’ve got to give the bot personality, they’ve got to train the bot to answer the questions based on their business and nobody else’s.” How the bot operates, acts, what it does and says are still in control of the business that develops it, according to Blau.

Moreover, as marketers get access to bots on Messenger they must balance their use with human interaction, says Forrester analyst Erna Alfred Liousas, who also attended the event. “Bots bring about a measure of efficiency, especially as a first line of interaction, but the experience has not been fully developed,” she says. “Marketers can’t put the weight or value of interactions in the hands of bots just yet.”

Mike Dossett, supervisor of digital content strategy at the advertising agency RPA, says Facebook is methodically reinventing Messenger to be consumers’ default, centralized utility for communication, information discovery, planning and sourcing of services. Initiating a chat with a business bot is not an open solicitation for relentless advertising, so marketers need to balance the opportunity on Messenger with their responsibility to be helpful, relevant and sparing, he says.

“In other channels, brands who have committed to delivering stellar customer service get rewarded immensely for their efforts,” he says. “The same will very likely hold true in Messenger.”

Although most bots may be rudimentary now, they will evolve into a new type of app that runs entirely within a chat window, according to Steve Goldsmith, general manager of HipChat, an enterprise messaging product. “Bots are an interim step to chat becoming the next great platform for developers,” he says.

[ Related: Ads in Messenger could be Facebook’s next big thing ]

Bots have also become increasingly in vogue because users are overwhelmed by too many apps and notification overload from those disparate apps, according to Goldsmith. “Chat is beginning to subsume single-use apps. The chat window is becoming the browser for many business teams” and Facebook is capitalizing on the same trend with consumers.