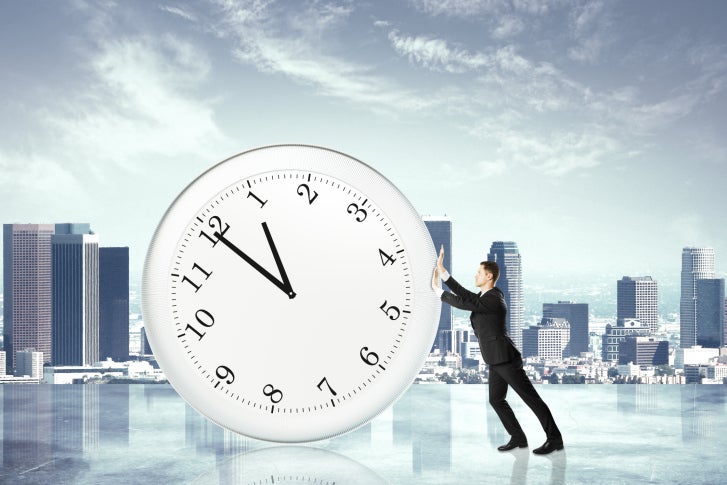 The long wait for Facebook at Work continues. The enterprise version of the world’s most popular social network was supposed to be made publicly available last year. However, it’s still in closed beta with no clear sign of a release date in sight.

Facebook’s business product — which it says will replace or augment email, IM and collaboration app — was on display at F8 this week but never shown or even mentioned on the big stage. There was a small booth at Facebook’s annual conference where attendees could see short canned demonstrations of Facebook at Work, but the product was generally an afterthought amidst the news surrounding bots on Messenger, live video, artificial intelligence, virtual reality and other developments to Facebook’s core properties and initiatives.

Following F8, the company isn’t sticking to any hard deadlines for Facebook at Work. Instead, a company spokeswoman tells CIO.com the product will be “launching more widely later this year.”

Facebook at Work pilot grows by 50 percent in four months

About 150 companies have joined the Facebook at Work pilot during the past four months, according to Facebook. That brings the total to roughly 450 companies, ranging from large enterprises like Royal Bank of Scotland that plans to bring 100,000 employees on board by the end of the year to a small group of 1,100 independent realtors and agents in Southern California.

“To provide the best possible user experience, we are constantly working to improve Facebook at Work based on feedback we’re receiving from pilot companies,” the Facebook spokeswoman tells CIO.com. More recent additions to the pilot include all 35,000 employees at Telenor, a Norwegian telecommunications company, and all 85,000 employees at auto parts retailer Canadian Tire, according to Facebook.

Facebook’s enterprise collaboration toolset looks and feels like the app 1.59 billion people use every month with one exception: Each user’s network is limited to coworkers. Businesses manage the deployment and determine which employees get access and certain privileges. Facebook at Work will be free at launch, but the company plans to eventually offer a paid version that will charge businesses for additional support, analytics and integration with other enterprise collaboration tools, such as Box, Microsoft Azure, Office 365, Google Apps and Dropbox.

Slack soars while the world waits for Facebook at Work

Two-year-old team communication app Slack is following a similar business model with its rapidly growing platform and plans to introduce an enterprise version later this year. Almost 30 percent of Slack’s 2.3 million daily active users are currently paying $80 to $150 per year, according to figures the company released in February.

[ Related: Why Facebook should buy slack to win the enterprise ]

Facebook says more than 60,000 businesses are on the waiting list to join the Facebook at Work pilot. It’s unclear how many of them are just curious to check it out and how many plan to fully adopt the platform, and perhaps even pay for the more comprehensive version still under development.

At F8, Facebook at Work’s team handed out swag including a branded tote bag and a silicone card holder that sticks to the back of phones, but the company made no formal announcements about its plans for the enterprise market.